Everything you need to know about the Great British Pound 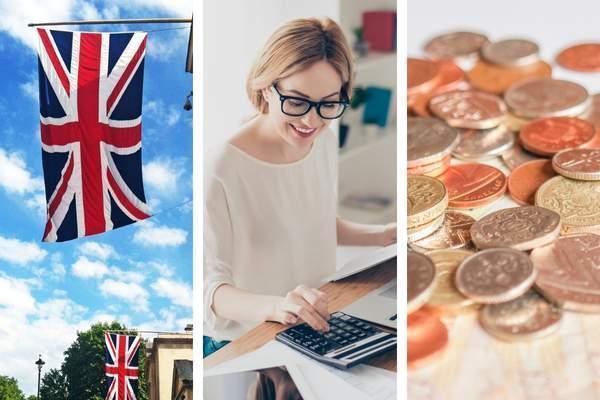 Transferring British Pounds to other currencies is a straightforward process. We can offer direct-to-account transactions in over 90 countries. There are also over 300,000 locations for pickup. We thought we’d take this chance to look at the British Pound. Read on to discover:

How the British Pound is recognised

The British Pound or Pound Sterling is the official national currency of the United Kingdom. It is also used on the South Georgia and South Sandwich Islands, British territories in the Atlantic Ocean. It is one of the world’s key currencies with an important role in international trade.

Since 2016, British Pound notes have been made from a polymer like many other currencies. Polymer banknotes are more secure and harder to forge. The £5 note was first to be switched from paper to polymer in September 2016, followed by the £10 in September 2017, the £20 note in February 2020 and finally, the less common £50 note in June 2021.

The British Pound notes all feature Her Royal Highness Queen Elizabeth II on one side and a notable figure on the other. People featured on the British pound notes include Winston Churchill, Jane Austen and Adam Smith.

The History of GBP

The name of the Pound Sterling comes from the Latin word “libra”, which refers to weight and balance. The Bank of England’s first pound banknotes were issued over 300 years ago, and the first £1 coin entered circulation in the 15th century.

The first notes were released when the Bank of England was founded in 1694. Did you know the first British Pound notes were handwritten?

Until 1971, the UK’s monetary system was quite complicated. It included many different coins, including shillings and pence and was much more difficult to understand.

This all changed with the introduction of the decimal system. The decimal system saw 1GBP simply split into 100 pennies, removing any need for additional coins such as shillings.

Despite being a member of the European Union in 2002, the UK chose to keep the British Pound as its currency. This has recently worked in the country’s favour, as the exit from the EU did not involve switching back to its old currency.

The UK is a popular destination for immigrants from around the world. Once settled in the UK, many people want to send money home. Understanding the different exchange rates and paying close attention is vital to ensure you choose the best moment to convert British Pounds and send them to your loved ones.

These are just some of the most popular currencies for converting British Pounds. Understanding the exchange rate can ensure you can easily get money to and from the UK to your home country at the optimal time.

It can also be helpful to know the average exchange rate of the British Pound compared to other key currencies such as the US Dollar, Euro and Japanese Yen. This can help for a better understanding of the health of the British Pound. It can help ensure you send money abroad to friends and family at the best possible time.

Exploring the different exchange rates, as well as the specific one you need to focus on, can help you understand the current worth of the British Pound. This is especially important if you regularly send money abroad or have plans to travel or spend time overseas.

Transferring British Pounds abroad is easy with the Small World money transfer service. You can send money to over 90 countries worldwide with instant or same-day transfers.

You can choose different money transfer options, including bank deposit and cash pickup. If you’re working in the UK and want to support your family at home, our services are here to help.

You can also send money to or within the United Kingdom. We have payment points distributed throughout the country, where money can easily be collected. Small World is here to help make it as easy as possible to transfer your money to and from the UK.

Send money to The United Kingdom