What’s the currency of South Korea? 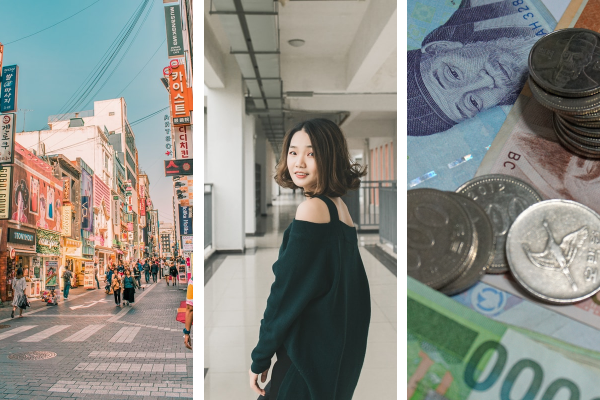 The South Korean won (or Korean Republic won) is the official currency of South Korea. The strength of the South Korean economy is linked to how the won is performing on the international stage. If you’re travelling or sending money to South Korea it helps to know a bit about the currency.

So, how does it compare to the US dollar or the British pound? Has the won always been the official currency of South Korea? And how is the South Korean won recognised?

In this blog we talk about everything you need to know about the South Korean currency. We’ll explore the history of the currency, how it is performing today and it’s rate of exchange with other leading international currencies.

What is the currency of South Korea?

Let’s start with the basics. The currency of South Korea is called the Korean won (KRW). The symbol used for the won is “₩”. It is a well-established currency that is traded against the strongest global currencies such as the euro (EUR), Japanese yen (JPY), British pound (GBP) and the US dollar (USD).

How is the South Korean won recognised?

The Korean won is internationally recognised by the code KRW, symbolised by “₩” And a single won can be divided into 100 jeon, the monetary subunit. However, the jeon is not used anymore in normal transactions and is only seen when foreign exchange rates are displayed.

But what about the physical cash? The coins and notes?

During the latter half of the twentieth century, inflation caused the ₩1 and ₩5 coins to be withdrawn from circulation. To reduce any fraud, security features such as micro-print and colour-shifting ink were added to the won banknotes. You might recognise some of the Korean won notes by their blue, orange, green or yellow tinge.

The history of the South Korean Won

The South Korean currency has undergone some dramatic changes in the last hundred years. The won has a long history, having been used in the region in some form for thousands of years. However, during the Japanese occupation of Korea from 1910 to 1945 the won was replaced by the yen.

Following the separation of North and South Korea, two new currencies emerged, both called the Korean won. The South Korean won was initially pegged to the US dollar during the late 1940s and early 1950s at a rate of 15 won to 1 dollar. Then from 1953 to 1962 the won was replaced by the hwan, because of the devolution of the first South Korean won.

However, the hwan also suffered from devaluation and pretty awful rates of inflation.

In 1962 the won returned. This time the won was pegged to the US dollar at an initial exchange rate of 125:1. And for almost thirty years the won remained pegged to the dollar while the rate was adjusted several times. This era of the won coincided with a rebuilding period for the South Korean economy. In 1997 the Bank of Korea finally dropped the peg to the dollar and the won floated freely on the foreign exchange market. Since then the South Korean won has risen and fallen at steady rates and continues to be one of the more stable major global currencies.

But how is the won performing today? And what does the currency look like now? Over the last ten years the won has been quite stable - “in February 2011, 1 USD was equal to 1,117 won. As of February 2021, the equivalent figure is almost the same: 1,098 won per USD”. The country’s economy has also been stable. In fact, it’s grown to become one of the largest economies in Asia and a truly competitive force on the international stage.

On the most recent series of banknotes some new depictions were chosen. For example, when the Bank of Korea released the 50,000 won note in 2009, which bears the portrait of Shin Saimdang, a famous Korean artist and calligrapher. It is also the first Korean banknote to feature the portrait of a woman.

Small World is a global money transfer service committed to helping people around the world support their loved ones through secure and easy transactions. You can send money to South Korea via bank deposit to any bank account in the country.

And as we are partnered with E9pay, who specialise in overseas remittances to South Korea, your money will arrive to South Korea quicker than you can say Seoul.

Now that you know a bit about the South Korean won you may be able to appreciate how important money transfers are for individuals living and working in South Korea. We want to make your experience as seamless and hassle-free as possible.