Squid Game: How much is ₩45.6 billion in my currency? 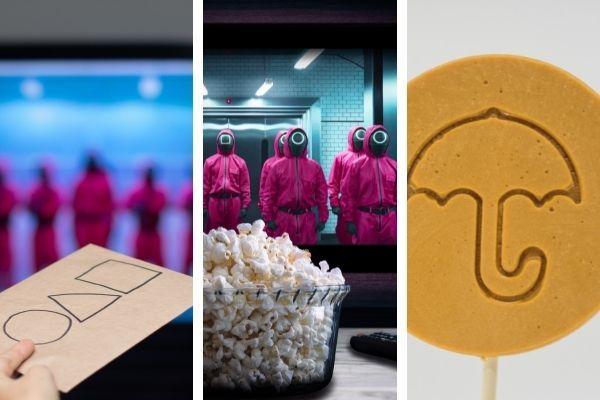 Everyone in the world is talking about Squid Game. It has become Netflix’s most popular show of all time with over 142 million viewers and during October of 2021 Squid Game was the No.1 program in 94 countries. The astounding success of the show has encouraged many people to learn more about South Korea, watch more South Korean dramas and beg for a second season of Squid Game.

A key part of Squid Game is the prize money the contestants are all fighting over. The currency of South Korea is the Won and the winner of the game has the potential to win ₩45.6 billion. But how much is ₩45.6 billion worth in dollars or rupees or pounds? Obviously, it’s a lot of money but it helps to know exactly how much money they’re talking about.

Let’s take a look at the exchange rate of South Korean Won to some of the other major currencies through the lens of the Squid Game prize money.

So, how much is ₩45.6 billion worth in your currency?

In 2021, ₩45.6 billion is worth 28.6 million GBP. Squid Game took the UK by storm with millions across the country tuning in. The show even caused some controversy with local councils urging parents to stop their children from watching Squid Game.

In 2021, ₩45.6 billion is worth around 34 million EUR. Around 314 million people use Euros everyday. Viewership for Squid Game was very high across Europe and many people rushed to find out how many millions of euros they would have won for participating in the Squid Game.

In 2021, ₩45.6 billion is worth around 344 million SEK. Squid Game became an unexpected hit on Swedish Netflix and a widespread cultural phenomenon.

In 2021, ₩45.6 billion is worth approximately 35.7 million CHF. The Swiss Franc is the only Franc still issued in Europe, with most countries now using the Euro. Like many other countries, the people of Switzerland were captivated by the show and eager for the next instalment.

In 2021, ₩45.6 billion is worth 2.85 billion Indian Rupee. One of the breakout stars of Squid Game was the Indian actor Anupam Tripathi who played Ali Abdual. The Indian-born Korean-speaking actor earned legions of fans around the world and in India for his emotional portrayal of Ali and looks set to be a big star.

In 2021, ₩45.6 billion is worth 15.7 billion NGN. A Nigerian online comedy group called Ikorudo Bois reacted to the buzz around Squid Game by making a ‘Squid Game Parody Video’ that has been viewed by millions on Instagram. The video jokes about Squid Game would be like if it happened in Ikorodu, Nigeria.

In 2021, ₩45.6 billion is worth around 253 million DKK. Denmark is one of the few countries where Squid Game was not the No.1 show on Netflix. While it was still very popular, the No. 1 show in Denmark was the Danish serial killer series Chestnut Man.

In 2021, ₩45.6 billion is worth around 48.5 million CAD. Squid Game was as popular in Canada as it was in the US, UK and Europe. There was a growth in Netflix subscribers in Canada during 2021 that can to some extent be attributed to the buzz and universal success of Squid Game.

Now you know how much ₩45.6 billion is worth in pounds, dollars, euros and many other major currencies in 2021, it’s worth taking a closer look at the South Korean Won.

The currency of South Korea is called the Korean won (KRW). The symbol used for the won is “₩”. It is one of the strongest and most stable currencies in the world which in large part is due to the rising economic power that South Korea has on the global stage.

If you’ve seen Squid Game you will have noticed the many won banknotes gradually filling up the giant see-through floating piggy bank. Some of these notes may have featured the portrait of Shin Saimdang, a famous Korean artist, calligrapher and the first portrait of a woman to be depicted on South Korean currency.

Small World is an international money transfer service helping people all over the world get access to money quickly, securely and simply. Whether you want to send money to South Korea, the UK, the US or any of the other 90 countries we serve, you can do so easily via Bank Deposit, Cash pickup, Mobile top-up, Home delivery or our transfer methods.

You can send money to South Korea via bank deposit to any bank account in the country and as we are partnered with E9pay, who specialise in overseas remittances to South Korea, the process is fast and secure.