Everything you need to know about exchange rates 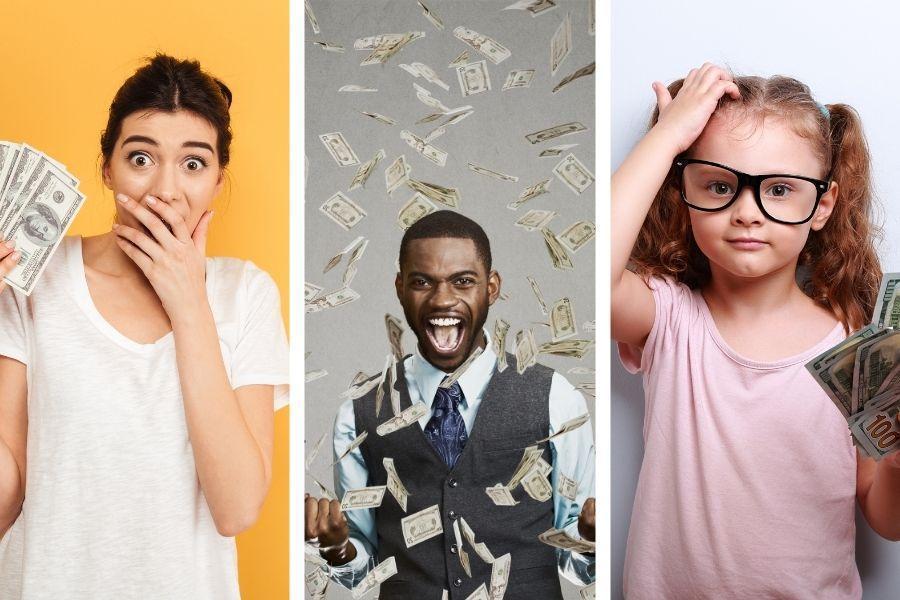 You will have heard the term “exchange rate” before. You may even have some idea of what it means. But, if you’re someone who transfers money internationally you’ll want to have a complete understanding because exchange rates are very important.

Why? By knowing how to work out exchange rates you will be able to help your money go further for you and your loved ones.

In this blog we’ll explore a number of topics concerning exchange rates so that you can develop a complete understanding. These topics include:

What do we mean by “exchange rate”?

Let’s look at a simple example:

If you were living in the UK and you wanted to send money to Nigeria, what would this mean? Well, on the 24th of February 2021, the exchange rate was 1 GBP to 540.63 NGN. This means that you would have been able to buy 540.63 NGN with every one of your British pounds.

As well as being a direct way of buying and selling currency for those who are travelling or sending money overseas, the exchange rate is also used as a way of measuring a country’s economic health [Investopedia]. Having a strong exchange rate means that your country’s currency is valued well against other currencies around the world.

For example, countries like the United States, Singapore and the United Kingdom have strong currencies. If a country has a higher-valued currency this means that their imports are cheaper and exports are more expensive for other countries to buy. This means they make more profit when trading internationally.

Most nations have floating (or flexible) exchange rates that change on a minute-by-minute basis. Floating exchange rates are one of the reasons you need to be educated about exchange rates before sending money internationally.

The majority of exchange rates are determined by the foreign exchange market, or “forex”, which particularly impacts the currencies most used by people in the US (such as: Mexican pesos, Canadian dollars, European euros, British pounds, and Japanese yen). [The Balance] More on the factors that affect these exchange rates a little later on.

The governments of some countries, like Venezuela, choose to use fixed exchange rates. These only change when the government says so and are often pegged to stable global currencies like the US dollar or the Euro. This means that their worth is directly linked to the worth of the stronger, stable currency.

These lists depict countries with fixed exchange rates but for the rest of this blog, we’ll be looking primarily at floating exchange rates.

Who decides the exchange rates?

What determines exchange rates? Who decides the exchange rate of dollars to pounds? For countries that use a floating exchange rate, the value of their rate depends on a variety of factors. It’s often assumed that currency exchange rates are fixed by banks, but this isn’t the case.

So, if it’s not The Bank of England, who decides how much the pound is worth?

As the Bank of England explains: “The exchange rate for the pound is decided by supply and demand, just as the price of a train journey is higher at peak times when more people need to travel, the pound gets stronger when people want to buy more pounds.”

Investors and “foreign exchange traders” all around the world buy and sell foreign currency every day. It’s these trades — based on what traders are willing to pay for different currencies that day — that decide the global exchange rates for the pound.

Banks, and money transfer companies like Small World, use these rates to decide how much our customers can buy and sell currencies for.

What factors affect exchange rates, and how?

How much your country’s currency is worth is mainly based on the demand for that currency. Therefore, the demand for a currency can depend on what’s happening in that country at any given time.

According to The Balance and Economics Help, the main factors that affect exchange rates are:

Is a higher or lower exchange rate better?

If you’re sending money abroad from the UK, you are using the pound to buy another currency. You are looking for a higher exchange rate. This way, you’ll get more of the foreign currency you’re buying [Foreign Currency Direct].

Let’s use Pakistan as an example:

As you can see, a higher exchange rate is better, because the recipient will receive more rupees for the same amount of pounds.

The great thing about using Small World for your money transfer, is that we adjust our exchange rates. We keep a close eye on changes in the global market to ensure you get the best value for money.

Forget your currency converter! We compare rates, so you don’t have to. Register with Small World in just a few simple steps and start sending money today.