The Currency of Sri Lanka 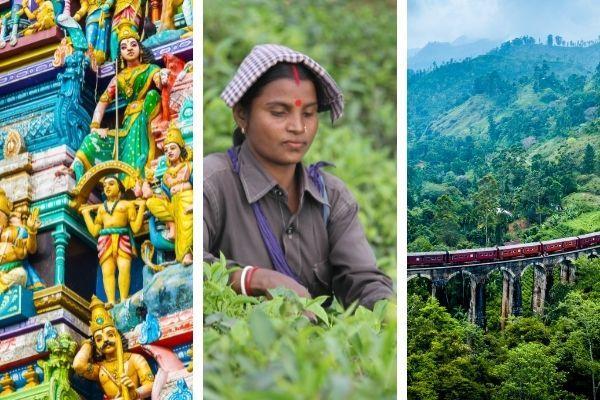 If you want to send money to Sri Lanka, or you’re thinking about travelling there, you may have a few questions like, “What is the name of the Sri Lankan currency?”, “Can I use Indian rupees in Sri Lanka?”, and even “Is food expensive in Sri Lanka?”. Knowing about the economy and the currency of Sri Lanka will help you answer all those questions and more.

In this blog we’ll be exploring everything you need to know about the currency of Sri Lanka.

What is the currency of Sri Lanka?

The currency of Sri Lanka is the Sri Lankan rupee. It can be abbreviated as ‘Rs’ but to avoid confusion with other currencies also called rupee it is often abbreviated to ‘LKR’.

The Central Bank of Sri Lanka is the only institution empowered to issue, maintain and supply Sri Lankan rupee notes and coins. The Sri Lankan rupee has had a long and storied history and it will be integral to the country becoming a major economic country in years to come.

How is the Sri Lankan rupee recognised?

The Sri Lankan rupee is internationally recognised with the currency code ‘LKR’. In English the symbol is ‘Rs’ but there are various major common languages spoken in Sri Lanka and each have their own way of recognising the rupee.

The history of the Sri Lankan rupee

Sri Lanka gained independence in 1948 but at the time it was still known as Ceylon. It was until 1972, when the country became a republic within the Commonwealth, that it’s name changed to Sri Lanka.

The currency used throughout Sri Lanka is not dissimilar to the currency that was used in Ceylon over a hundred years ago. The rupee was established as legal tender in the area all the way back in 1869. The first official rupee banknote was introduced by the Government of Ceylon in 1885.

Something not many know about the Sri Lankan rupee banknote is that they are printed vertically on the reverse side. This is instantly recognisable once you get hold of the rupee banknotes but it is quite different from many other major currencies around the world.

The current banknote series is the Eleventh Note series issued by the Central Bank of Sri Lanka in 2010. In this series the Rs. 20 note is maroon and features the Port of Colombo on the front and a traditional Ves Netuma Dancer on the back. On the blue Rs. 50 note, the newly constructed bridge in Manampitiya is depicted, and on the reverse a Vadiga Patuna Dancer and a Yakbera drummer are shown.

All of the Sri Lankan rupee notes feature depictions of historic and modern Sri Lankan currency. The largest denomination, the gold Rs. 5000 note features two dams: the Weheragala dam, and the Canyon dam, as well as some native Sri Lankan wildlife.

So we know what the Sri Lankan rupee looks like today, but what about it’s worth? To truly understand the state of the Sri Lanka rupee today we have to take a look at some exchange rates.

The Sri Lankan currency has been relatively stable over the last ten years. Even though the economy has been heavily impacted by the pandemic, that currency has not experienced dramatic fluctuations.

Comparing the Sri Lankan rupee to some of the major currencies around the world helps us to see how the rupee is faring. If you are exchanging money into rupee it also helps to know the exchange rates at any given time to ensure you get the most you can for your money.