What is the currency of India? 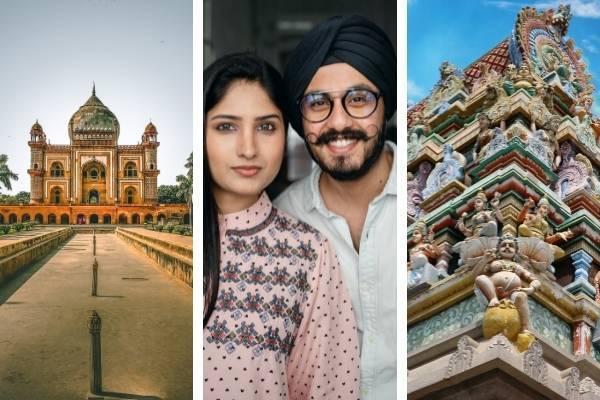 India is the second-most populous country in the world. Sharing borders with China, Pakistan, Nepal, Bhutan, Bangladesh and Myanmar, it is a country that plays a huge role in international politics and economics. People have been living in India for tens of thousands of years and today it is home to a diverse array of cultures, cities and religions.

India is expected to record the fastest economic growth in the world over the next few years. And with many national industries expanding and new cosmopolitan metropolises emerging all over the country, there are no indications that India is ready to slow down.

What is the local currency of India?

The official local currency of India is the Indian rupee. The currency is issued by the Reserve Bank of India and minted by the India Government Mint. It is officially used in India, Bhutan and Nepal. It is also unofficially used as currency in parts of Zimbabwe.

The Indian rupee has been around in some form for many years and has taken a variety of forms since it was first used in Ancient India back in 6th century BCE. A number of currencies like the Bhutanese ngultrum and the Nepalese rupee are pegged to the Indian rupee. Over the last seventy years the significance of the Indian rupee on the international economic stage has grown and today it plays an important role in India's fast growing economy.

How is the Indian rupee recognized?

The Indian rupee is recognized by the international currency code ‘INR’. The symbol for the Indian rupee is ₹. This new rupee sign was officially adopted in 2010. It is a combination of the Latin capital letter “R” and the Devanagari consonant "र" (ra). Before this new symbol was introduced, India used "₨" and "Re" as the symbols for multiple rupees and one rupee, respectively.

In 2016, the Indian government demonetized the ₹500 and ₹1000 banknotes and released a redesigned series of ₹500 banknotes. At the same time the ₹1000 note was suspended and the ₹2000, a new denomination, was introduced. Today, if you get your hands on any Indian rupees there will probably be the Mahatma Gandhi New Series of notes which were released between 2017 and 2019.

The history of the Indian rupee (200)

The current Indian rupee is the most recent in a long line of Indian currency. The word ‘rupee’ is derived from the Sanskrit ‘rupyakam’ which means silver coin. All the way back in 1540 the ‘rupiya’ was issued by Sher Shah Suri and used as the official currency throughout the region. This silver coin was used during the Mughal period, Maratha era and British India.

In 1935 the Reserve Bank of India was established. This is the central bank of India that controls the minting and circulation of the Indian rupee today. Throughout the 1930s and 1940s Rs5, Rs10, Rs100, Rs 1,000 were issued as used as legal tender across the country.

In 1947 India gained independence from British imperialist rule. Only a few years later in 1950, the Reserve Bank of India issued the first post-independence coins. Then in 1953 Hindi started to be displayed prominently on the new notes. In 1954 the higher denominations like Rs 5,000 and Rs 10,000 were reintroduced.

In the next thirty years the Indian economy went through lean periods and periods of prosperity. The size of the notes were reduced and then expanded again. For example, in 1987 the Rs 500 note was introduced as a result of the growing economy and the relative fall in purchasing power.

The Indian rupee has also gone through various symbolic and artistic variations. In 1996 the Mahatma Gandhi series of notes were issued and replaced the Lion capital series. This series was then updated in 2017 with modern banknotes that include microprinting techniques.

If you are thinking of sending money to India it helps to compare the Indian rupee to other major currencies around the world and the currencies of neighboring countries. With that knowledge we can better understand how the Indian economy is functioning and you can identify the best time to send money to India. So, let’s take a look…

In comparison, the average exchange rate of the Indian rupee to the Pakistani rupee during 2022 is around 1 INR to 2.3 PKR. The relatively similar value of the two neighboring currencies is also an indicator of the economic fortunes within the region.

How can I transfer money to India?

It is easy to send money to India with Small World’s simple and effective money transfer service. Now that you know more about the Indian Rupee it will be easier to know where your money is going and how much it is truly worth in India.

With Small World you can send money through a variety of services including bank deposit, cash pickup and cash card reload. So if you need to support your loved ones in India, choose Small World.