What is the Currency of the Philippines? 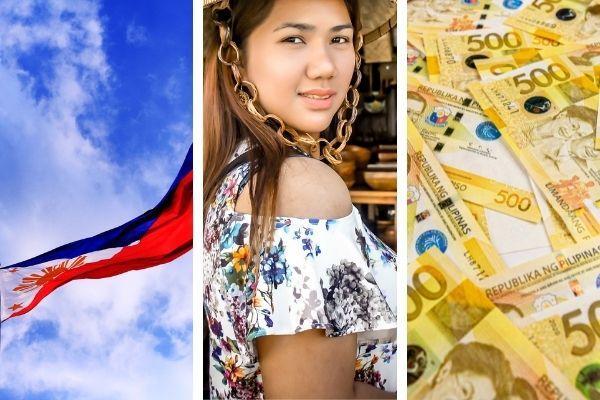 In this blog we’ll be exploring everything you need to know about the currency of the Philippines.

What currency does the Philippines use?

The Philippine peso is printed and minted at The Security Plant Complex. The colourful peso notes are very distinctive and feature several notable figures from Filipino history.

How is the Philippine peso recognised?

The subunit for the Philippine peso is called the Sentimo or Centavo, which subdivides into 1 peso one hundred times. However, the smaller denominations are not in widespread circulation and it’s rare to find any 1¢, 5¢, 10¢, 25¢ or ₱20. The frequently used denominations include the ₱20, ₱50, ₱100, ₱500, and the ₱1000.

The history of the Philippine peso

The currency of the Philippines has had a long and difficult history. Before the Philippine peso, there was the Spanish-Filipino Peso and shortly after that the currency was pegged to half of the US Dollar.

It wasn’t until the Central Bank of the Philippines was established in 1949 that the formal Filipino currency was reintroduced to the country. Then in 1967 the English language was removed from the notes and coins of the Philippine peso and the Filipino language was used on all the denominations. As a result the word “piso'' came into common use within the country instead of peso.

During the latter half of the twentieth century the Philippines experienced positive economic and political developments which enabled the currency to stabilise and improve. And in 1993 the old Central Bank was replaced with a new Central bank: Bangko Sentral ng Pilipinas whose responsibility was to maintain price stability and help the Philippine peso grow.

Although the Philippines endured plenty of overseas interference which saw their currency experience many changes over the years, they now have a more stable currency that is tied to the culture and history of the Philippines.

The current series of the Philippine peso in circulation is called the New Generation Currency. In 2009, Bangko Sentral ng Pilipinas (BSP) decided it was time for some change and they launched a large-scale redesign of the currency.

The new banknotes were an attempt to improve security features and ensure that the currency was more durable. The notes also featured enlarged font size, italicised names, new text and new images. The vibrant and distinct coloring for many of the notes still remains.

For example, the bright orange ₱20 note features the famous Filipino statesmen Manuel L. Quezon and the Malacanang Palace on the obverse side, and the famous Banaue Rice Terraces on the reverse side. Similarly, the red ₱50 note depicts the fourth President of the Philippines Sergio Osemña on the obverse side and images of the Taal Lake and the maliputo (giant trevally) on the reverse side.

It’s useful to compare the Philippine peso to other major currencies around the world. With that knowledge we can work out the general state of the Filipino economy and we can decide when is the best time to send money to the Philippines.

How can I send money to The Philippines from the United States?

You can send money to The Philippines with Small World’s simple and effective money transfer service. Now that you have some knowledge of the Philippine peso it will be easier to know where your money is going and how much it is worth in the Philippines.

Small World has facilitated millions of money transfers all around the world. Our money transfer services are available in many major states including California, Texas, New York, New Jersey and Florida. So if you need to support your loved ones in the Philippines, rely on Small World.

Send Money to The Philippines