When is Philippines Independence Day? 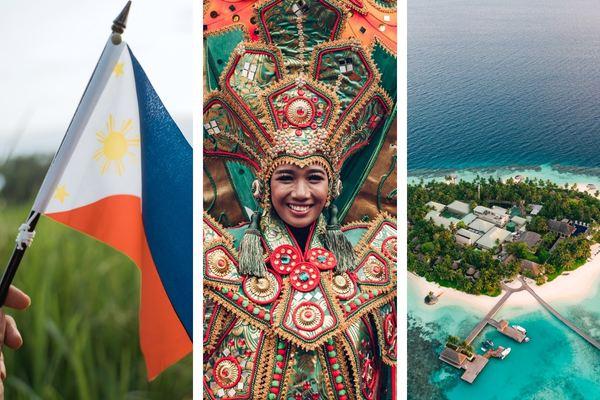 Whether you are living or working abroad, Philippine Independence Day is a proud occasion for all Filipinos. On this day you can celebrate with family and friends, let your hair down and unfurl your flags.

In the Philippines and the United States, where there is a significant Filipino community, there will always be a great party going on somewhere to commemorate Philippines Independence Day. That means music, dancing and great Filipino street food - you don’t want to miss that!

In this blog we wanted to look at the history of the Philippine Independence day. Why, when and how is the day celebrated? And what can you do this year to celebrate with your loved ones and commemorate the occasion?

Why do we celebrate Independence Day in the Philippines?

On June 12, 1898 the independence was declared in Cavite el Viejo, now famously known as Kawit, at the ancestral home of the first President of the Philippines, Emilio Aguinaldo. However, it was not plain sailing from there. The Proclamation of Independence was not recognized by either Spain or the United States and a diplomatic struggle for independence ensued.

As a result, it wasn't until the end of World War II that the Philippines formally gained their independence from the United States. In 1946 on July 4 the Treaty of Manila was signed. For many years July 4 was recognized as Independence Day.

So, who changed the date of Independence Day?

Today over 100 million people in the Philippines and around the world commemorate July 12 with a variety of spectacular celebrations. But for eighteen years, celebrations took place on July 4.

This wasn't to change until 1964 when President Diosdado Macapagal signed an Act formally designating June 12 as the true Independence Day of the Philippines. Since then independence has been marked on that day by Filipinos around the world.

How is Independence Day celebrated in the Philippines?

Independence Day is celebrated in a variety of ways throughout the country. The most prominent celebrations can be seen on the streets of Manila.

On June 12, there is a police and military parade in Manila that is led by the President of the Philippines. The President will make a speech that is followed by a 21-gun salute and then celebrations will continue long into the night. It is a national holiday so many businesses and all government offices are closed to allow the people of the Philippines to rejoice together.

It is also common to see the flag of the Republic of the Philippines waving in the streets and outside houses. In countries around the world with Filipino communities, people will also commemorate the day with celebrations, food, music and lots of dancing.

For people who don’t live in the Philippines it is also a great day to call and speak to family that still live there. Nowadays, even though families are separated by thousands of miles they can still get together virtually to celebrate the day.

What to do on Philippines Independence day

So, what can you do to celebrate? There is definitely more than one way to celebrate Independence Day. Even if you are far away from the Philippines there is plenty you can do to have fun and commemorate the day.

In the Philippines the day is a national holiday and it is a chance to spend time with family and friends. But there are many other things to do, including:

Eating some delicious Filipino food is great whatever day of the year it is. But Independence Day is the time to go all out!

Filipino street food is hard to top but if you want you can try to make your own Filipino treats at home. From chicken adobo over rice to delicious sinigang to crispy pata, you can’t go wrong with Filipino food. There is always something new and interesting to try that will help you expand your palate. And what better day to do it than Independence Day?

If you live in the United States, there is a Philippines Independence Day Parade taking place in New York city on June 6 at Madison Avenue. The annual celebrations are always a proud occasion filled with flag waving, colourful dresses and wonderful vibrant atmosphere.

One of the best ways to commemorate the day is to learn more about the history and culture of the nation. In Manila you can visit the National Museum of Fine Arts, Anthropology or Natural History to experience some of what the Philippines has to offer. Immersing yourself in the history of the country will make your evening celebrations even more exciting because you’ll feel truly connected to the spirit of the nation.

How can I send money to the Philippines?

Small World is a money transfer service designed to make sending money internationally as easy as possible. If you want to support your loved ones on Philippines Independence Day we’ve got you covered.

Over the years we have developed a service that enables people in hundreds of countries around the world to send and receive money. The service is fast, easy and reliable and we have over 15 million customers, so you know it's great!

If you or your family are planning on celebrating Philippines Independence Day you may want to send Pesos to your loved ones in the Philippines. If this is the case, we can help you. You can rely on Small World’s money transfer service.

Send Money to the Philippines