What is an Overseas Filipino Worker (OFW)? 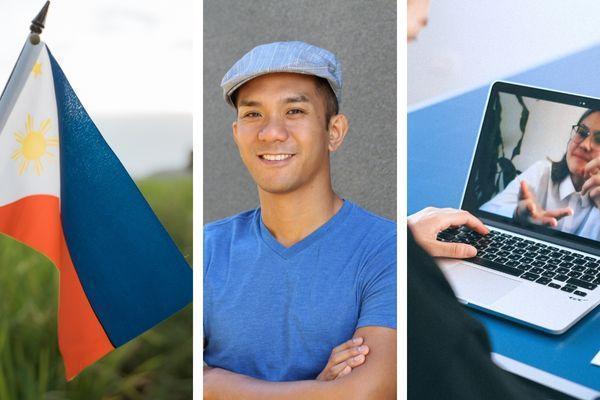 Filipinos have been working in locations around the world since the early 20th century. Filipino workers took to the fields in Hawaii in the early 1900s. In the 1950s, California in the USA and Manitoba in Canada welcomed large numbers of Filipinos to work in hospitality and the railway industry.

As Filipino migrants have become so prevalent across the world, their contribution to the Philippines' economy has increased. Many send money back to the Philippines as well as paying for their own lives in their new home country.

This economic contribution has led to a more formal identification of these workers and the label Overseas Filipino Workers or OFWs. Below we'll learn:

What is an OFW?

Overseas Filipino Worker (OFW) is the official term for Filipino migrant workers with employment contracts in any overseas region. The term was first used in the Migrant Workers and Overseas Filipinos Act 1995, which introduced rights to protect Filipinos working abroad. The term was used widely amongst the population, but the Philippine government only began using the term officially in 2002.

How many OFWs are there?

The Philippines Statistics Authority reports around 1.77 million Filipino workers were working abroad between April and September 2020. They regularly calculate this figure as the OFWs' substantial contribution to the Philippines' economy. OFWs are considered economic heroes in the Philippines. They contribute a huge amount to the income of the country. Figures suggest remittances sent by OFWs made up 11% of the country's total GDP in 2018.

How does the Filipino Government support OFWs

The OFW population's size means the Philippines government recognises the need to support the workforce. This led to the foundation of the Overseas Workers Welfare Administration (OWWA).

The OWWA is a government agency that helps provide essential services for OFWs. This allows them to access a range of social services in the Philippines and also overseas, including:

OFWs do pay a membership contribution to benefit from the services of the OWWA. This contribution's value depends on the country in which the OFW is working and living.

Where do OFWs work?

83.6% of OFWs work in Asia, understandable as other Asian countries are close to the Philippines and easy to access. Around 26.6% of all OFWs work in Saudi Arabia, followed closely by the United Arab Emirates (14.6%). OFWs working in Europe equal 6.7%, while those in North and South America equal 5.2%.

Work opportunities for OFWs vary greatly, and the skills each individual possesses will influence whether they move to a nearby region or further afield. The UK National Health Service, for example, employs a high number of Filipino nurses and care workers.

Why do so many Filipino workers go abroad?

Working abroad is a big step, especially when the majority of OFWs go alone and do not take their family with them, so what drives so many Filipinos overseas for work? There are a number of factors to consider, including:

The economic climate in the Philippines is not always stable. This can leave people in uncertain positions financially, and seeking employment overseas can help people ensure their families have a steady income. There is comparatively high taxation in the Philippines, too, which can impact on the cost of living but also the value of earnings.

When compared with other nations, the salaries offered for jobs in the Philippines do not stack up well. Even in-demand professions such as nursing and teaching do not offer salaries in line with the required level of work and skill. Filipinos often realise they could make significantly more money choosing to work abroad.

The Philippines has high unemployment rates alongside relatively high numbers of college graduates, a combination which means the labour market is highly competitive and finding a role is much more difficult than overseas, where workers in many industries are sought after.

As so many OFWs work in so many different countries, it is easier for Filipinos to find themselves at home when they move abroad. The loneliness that the first generation of migrant workers felt is a thing of the past, and there are bright and welcoming Filipino communities in many of the world's leading cities. Cultural programmes organised by OWWA and the support they provide make OFWs experiences much less difficult and filled with homesickness than they used to be.

Sending money to the Philippines

Almost all OFWs, especially those registered with OWWA, send money back to the Philippines. This helps to support their family and ensures their dependents do not have to struggle at home. It is easy to transfer USD or Philippine Pesos via Small World, using your preferred method.

The best way to send money to the Philippines will depend on individual circumstances. Small World offers an extensive range of money transfer services to the Philippines, and remember, your first transfer is FREE online, with no hidden charges.