Top US Cities for Filipino Immigrants 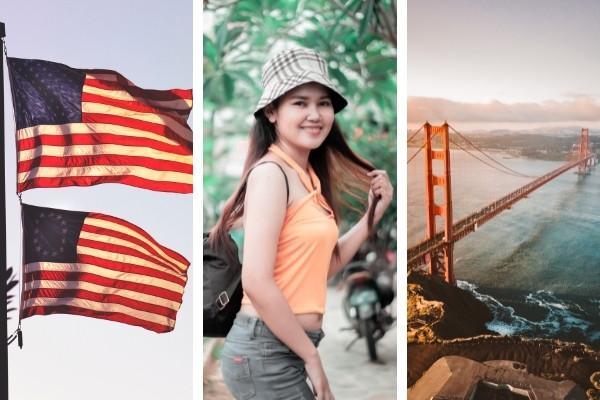 Are you thinking about moving to the United States? There are many wonderful states, cities and places to live, so it isn't easy to decide on a final location. If you are from the Philippines you may also be wondering which US cities are the best and most welcoming for Filipino immigrants.

Where in the US can you find pockets of Filipino culture, people, food and music? Below we’ll explore topics to help you understand Filipino immigration to the United States, including:

Firstly, let’s take a look at the top 7 cities in the United States that Filipino immigrants need to know about…

According to the most recent census data, there are over half a million Filipinos living in Los Angeles. This massive city is home to a wide variety of cultures and Filipinos have incredibly strong roots and representation throughout the city.

Places like Historic Filipinotown, one of six Asian Pacific Islander neighborhoods in the city, a testament to the history and community of Filipino immigrants in Los Angeles. Here you can immerse yourself in Filipino culture, food, music and benefit from community organizations like the Filipino American Services Group and the Philipino Workers Center (PWC).

San Francisco is the city with the second-largest population of Filipino-Americans in the United States. During the twentieth century established neighborhoods like Manilatown (i.e. Little Manila) existed within the city as a center for Filipino to congregate and share in the community. Today, the city continues to be a great place for new Filipino immigrants to visit and eventually settle.

All the way on the East Coast, New York, a melting pot of cultures and people from all around the world, is also one of the top US cities for Filipino immigrants. The Filipino community in New York is one of the fastest growing ethnic communities in the whole city.

While the history of Filipino immigration to New York is shorter when compared to West Coast cities like LA, San Francisco and San Jose, there are still plenty of established Filipino communities throughout New York in places like Queens, Manhattan and Long Island.

Every year, the Philippine Independence Day Parade is a great occasion and is one of the largest parades of any kind in the city. Famous Filipino New Yorkers include Vanessa Hudgens and Lea Salonga.

Honolulu, and Hawaii in general, is a great place for Filipino immigrants to live in the United States. Individuals of Filipino descent are the second-largest ethnic group in Hawaii, comprising over 25% of the population. The result is that Hawaii and cities like Honolulu are like a second home for many Filipino people.

If you want to move to the United States, but you still want to enjoy the beaches, weather and way of life that the Philippines offers then Honolulu might be the city for you. You will have your pick of excellent Filipino restaurants, stores and venues, and you will be able to enjoy a great mix of American and Filipino communities.

One of the most popular cities for Filipino immigrants is San Diego. Today, Filipino Americans are the largest Asian American subgroup in San Diego, comprising around 6% of the entire county population. As a result there are a number of thriving Filipino communities and areas that would be ideal for any Filipino immigrants thinking about moving to the US.

In the past the population of Filipino immigrants were mainly concentrated in Downtown San Diego but over the years the community has grown and spread out across the city. The city even has a road inspired by Filipino immigrants, called the “Filipino-American Highway”.

According to the most recent census, Las Vegas had one of the largest Filipino-American populations in the United States. In fact there are more Filipino-Americans in Las Vegas than any other Asian-American group. The city, well known for its gambling, shopping, entertainment and nightlife, is home to one of the most thriving Filipino immigrant communities in the whole country.

If you want to settle on the West Coast but you’d prefer a slightly cooler climate, why not check out Seattle. The city has a large Filipino American community, although not as substantial as many of the other cities on this list. Nevertheless, throughout the city you can find greater markets of Filipino culture including restaurants, music venues and community centers.

How do I become a US resident from the Philippines?

For any Filipino immigrant there are several ways to become a US resident including a petition from an employer, marriage to a U.S. citizen, sponsorship by a close relative who is a U.S. citizen or legal permanent residence, or via the U.S. Department of State diversity lottery program.

If you’ve just moved to the United States from the Philippines then you may need to send money back home to your family and friends. You can do this quickly, easily and securely with Small World.

Transfer Money to the Philippines