What is the currency of Qatar? 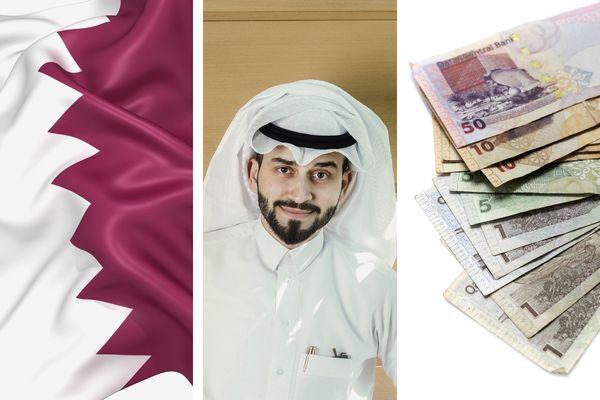 Qatar, officially the State of Qatar, is a country on the Arabian Peninsula in Western Asia. Saudi Arabia is Qatar’s sole bordering nation, although it is also very close to the Kingdom of Bahrain. The capital of Qatar is Doha, which is home to over 80% of the whole country’s population.

The region has been home to many nations and kingdoms over the years. Since 1868, Qatar has been ruled as a hereditary monarchy by the House of Thani. The emir in charge today is called Tamim bin Hamad Al Thani. As you can see there are plenty of fascinating things to discover about Qatar. So, if you’re interested in Qatar, where should you start? Well, what about the Qatari currency?

If you want to travel to Qatar or if you want to send money to your loved ones based in Qatar, you may have a few questions. Don’t worry, because we’ve got you covered. Learning a little about the currency of Qatar is a good place to start. That's why in this blog we’ll be exploring everything you need to know about the currency of Qatar and its history over the years.

The Qatari currency, the Qatari riyal

The local currency of Qatar is the Qatari riyal (or rial). The Qatari riyal can be subdivided into 100 dirhams. Both riyal and dirham are derived from Arabic - the dirham (dirhem or dirham) being a unit of silver currency used throughout history in the region.

The currency is issued by the Qatar Central Bank. The banknotes of the Qatari riyal are printed by the British security printers Bradbury Wilkinson and Company. Like many currencies, the Qatari riyal introduced new riyal banknotes recently to replace the old paper banknotes. Since 1966 the Qatari riyal has been a vital source of stability and growth for the country. It plays a key role in Qatar’s relationship with many of the other countries in the region like Saudi Arabia, the UAR and Bahrain.

How the Qatari riyalis recognised

The coins in current circulation include the 25 and 50 dirhams. While 1, 5 and 10 dirham coins exist, they are rarely used today because of their relatively low value. The banknotes in current circulation include the QR 1, QR 5, QR 10, QR 22, QR 50, QR 100, QR 200, and the QR 500. If you are visiting Qatar you are likely to see a variety of these Qatari riyal notes and will likely need to have a few to hand if you want to pay for any goods or services.

The history of the Qatari riyal

The history of the Qatari riyal is tied in many ways to the currencies of other nations. Until 1966, Qatar used the Indian rupee as its official and primary currency. These were called Gulf rupees at the time. However, when India devalued the rupee in 1966, Qatar decided to introduce their own currency.

At first Qatar adopted the Saudi riyal but then quickly introduced the Qatar and Dubai riyal at the Qatar-Dubai Currency Agreement in March 1966. When Dubai entered the UAE in 1973, Qatar began issuing its own, separate riyal. It is this unique and separate riyal that exists today as the currency of Qatar.

Need to send money to Qatar? If you do, it may help to compare the Qatari riyal to other currencies around the world and the currencies of countries nearby like Saudi Arabia, the UAE and Bahrain. Learning about exchange rates will allow you to understand more about the Qatari economy. You will then be able to identify the most opportune time to send money to your loved ones. So, let’s take a look…

In 2022, the average exchange rate of the Qatari riyal to the neighbouring Saudi riyal was 1 QAR to 1.03 SAR. As you can see owing to history and geographical location the value of these two currencies is very close and is likely to remain that way for the foreseeable future. Qatar’s close financial relationship with Saudi Arabia also goes some way to explaining the exchange rate between the Qatari riyal and the Saudi riyal.

What about comparisons to some of the major international currencies like the US dollar and the UK pound? Well, during 2022 1 US dollar would get you around 3.64 Qatari riyal because the Qatari currency is pegged to the up and down fluctuations of the US dollar. On the other hand, the average exchange rate of the Qatari riyal to the British pound has been around 1 GBP to 4.33 QAR in 2022.

These exchange rates provide an example of how the Qatari riyal is being seen and valued around the world. They should also provide you with a good understanding of the worth of the Qatari riyal in today’s economic market.

How can I transfer money to Qatar?

It is simple to send money to Qatar with Small World’s easy and effective money transfer service. Now that you know more about the Qatari riyal it will be easier to know where your money is going and how much it is worth in Qatar.

With Small World you can send money through a variety of services. For example if you want to send money to Qatar you can use our cash pickup and bank deposit services. We have partnerships with a number of banks in Qatar to ensure that you can get your money in the hands of family and friends as quickly and securely as possible. So if you need to support your loved ones in Qatar, choose Small World.