What is the Currency of Bhutan? 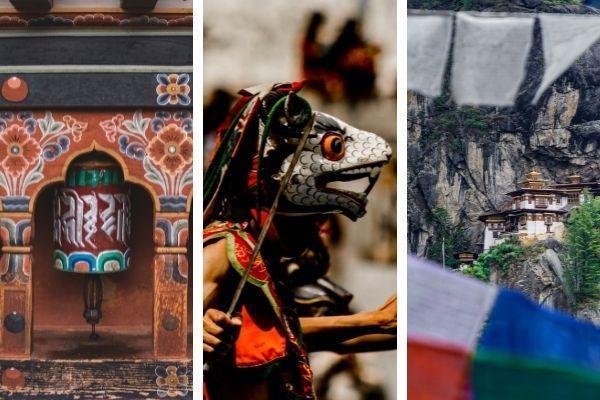 The Kingdom of Bhutan is a wonderfully unique country located in the centre of the Asian continent, bordered by world powerhouses like India and China. Bhutan is one of the world’s smallest countries and its economy, largely based on agriculture and forestry, is still developing.

If you are thinking about travelling to Bhutan, or sending money to Bhutan, you may be curious about the Bhutanese currency.

In this blog we’ll be exploring everything you need to know about the currency of Bhutan.

What is the currency used in Bhutan?

How is the Bhutanese ngultrum recognised?

The symbol for the Bhutanese ngultrum is Nu. and the international currency code is BTN. The currency symbols of Bhutan are used to help identify the currency on the world stage.

The history of the Bhutanese ngultrum

In the 1960s, as the Bhutanese government attempted to develop its economy, and bring some stability to it’s finances, a change in the currency took place. The Bank of Bhutan was established in 1968 and further monetary reforms followed.

Then in 1974 the ngultrum was introduced with 1 ngultrum being equivalent to 100 chhertum. The ngultrum was pegged at par to the Indian rupee when the Bhutanese government was able to establish an element of financial stability. Incidentally, the word Ngultrum is derived from a word in Dzongkha ngul meaning “silver”, and a Hindi word, trum, meaning “money”.

The most recent series of Bhutan ngultrum banknotes to be issued were those introduced in 2006 by the Monetary Authorities of Bhutan. The banknotes can often be recognised by their vibrant and varied colour schemes.

On today's Bhutanese ngultrum banknotes you can find a variety of Bhutanese cultural and historic depictions. For example, on the yellow and green Nu.20 banknote the current Druk Gyalpo or ‘Dragon King’ of Bhutan, Jigme Khesar Namgyel Wangchuck, is depicted on the obverse side of the note and the Punakha Dzong features on the reverse side.

Similarly, on the pink, orange and green Nu.500 note, former Druk Gyalpo, Ugyen Wangchuck is shown with the Raven Crown on the obverse side and the Punakha Dzong features again on the reverse side.

The value of the Bhutanese currency has for many years been tied to that of the Indian rupee. And as India has grown over the last fifty years into one of the major global economic powers, the Bhutanese ngultrum has been able to remain relatively stable.

By comparing the Bhutanese ngultrum to other currencies around the world we can get a glimpse of Bhutan’s economic relationship with other major countries. Clearly, the close ties to India play a large role in the way the Bhutanese ngultrum is perceived internationally. Knowing these exchange rates will also help you if you are travelling to Bhutan or intend to send money to loved ones in Bhutan.

How can I send money to Bhutan?

You can send money to Bhutan quickly, easily and securely with Small World. Our international money transfer service helps people all around the world support their loved ones.

With Small World, you can send money to Bhutan via bank deposit or cash pickup. Our service ensures that wherever you are in the world you can transfer funds to family, friends and businesses in Bhutan.