What is the currency of Argentina? 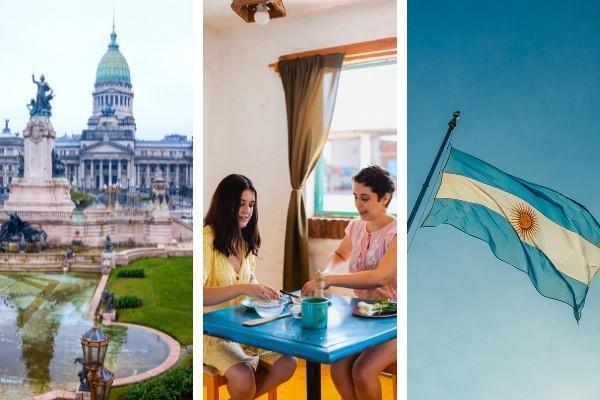 Argentina is the second-largest country in South America and has one of the most significant economies in the world. The Spanish-speaking nation is bordered by Brazil, Bolivia, Chile, Paraguay, Uruguay and the South Atlantic Ocean. It is a country with a rich history, a vibrant culture and an important role to play in the world of international finance.

What is the local currency of Argentina?

The peso has been around for many years and has taken many different forms. Unfortunately, in the latter period of the 20th century the Argentine peso suffered serious devaluation. In 2021, officials noted that the Argentine peso had reached over 51% year-on-year inflation. In Spanish the currency is called Peso argentino.

How is the Argentine peso recognised?

Like many currencies around the world the symbol used to identify the Argentine peso is ‘$’ (the dollar, or peso, sign). The currency is internationally recognised by the code: “ARS”. The Argentine peso is only used as the primary currency in Argentina, although it can be found in large amounts in neighbouring countries like Brazil, Chile and Paraguay.

The Argentine peso is subdivided into 100 centavos. There are several denominations but some are rarely used today because of the historic devaluation of the currency. For example, there are 1, 5, 10, 25 and centavos coins but they are rarely used and have been discontinued due to inflation. Instead, there are 1, 2, 5 and 10 peso coins that are in circulation and are frequently used. The banknotes in current circulation include the 20, 50, 100, 200, 500 and 1,000 peso notes.

What is the local currency of Argentina?

The current Argentine peso is the most recent in a long line of pesos in the region. For nearly 200 years some form of peso has been used in the country. Between 1826 and 1881 the Peso fuerte was used - a convertible currency where 17 pesos fuertes was equal to one Spanish ounce of fine gold.

Between 1985 and 1991 the Argentine austral was introduced. This currency replaced the peso argentino at a rate of 1 austral to 1000 pesos. Unfortunately, during this period Argentina endured hyperinflation and the relative value of the austral continued to fall. Emergency notes had to be issued and for the first time in decades provincial administrations issued their own currency.

In 1992 the Peso convertible was introduced and that is the Argentine peso which is still used to this day.

A fixed exchange rate of 1 USD = 1 ARS was established in 1992. However, ever since this agreement expired in 2001, the value of the Argentine has been fluctuating. Today the peso is relatively stable and it has been important in maintaining Argentina’s status as a higher-middle economy.

The current Argentine peso banknotes in circulation have a variety of images on them including depictions of important national figures. For example, on the $100 note former President of Argentina Julio Argention Roca is shown on one side with the reverse featuring a painting called La Conquista del Desierto by Juan Manuel Blanes.

If you are thinking of sending money to Argentina it helps to compare the Argentine peso to other major currencies around the world and the currencies of neighbouring countries. With that knowledge we can better understand the general state of the Argentine economy and you can identify the best time to send money to Argentina. So, let’s take a look…

In 2022, the average exchange rate between the Argentina peso and the Brazilian real is hovering around 1 BRL to 18.1 ARS. This lets us know a bit about the relative economic fortunes of the neighbouring South American giants. To understand the overall economic health of South America it helps to keep track of how these two currencies interact.

How can I transfer money to Argentina?

It is easy to send money to Argentina with Small World’s simple and effective money transfer service. Now that you know more about the Argentine peso it will be easier to know where your money is going and how much it is truly worth in Argentina.

With Small World you can send money through a variety of services including bank deposit, cash pickup, cash card reload, airtime top-up or home delivery. So if you need to support your loved ones in Argentina, choose Small World.