What Countries Use Dollars? 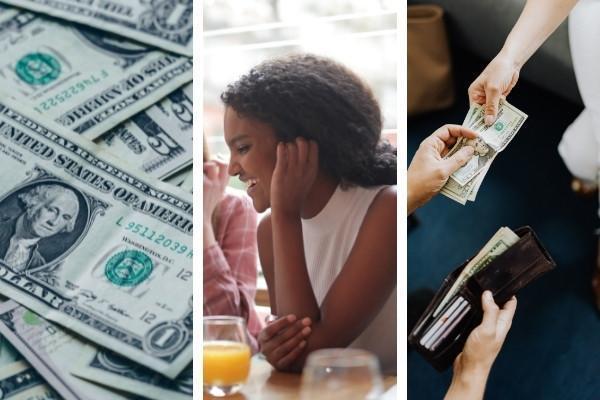 The U.S. dollar is one of the strongest and most significant currencies in the world. On any exchange rate board right next to the British Pound, the Euro, the Japanese Yen and the Indian Rupee, you are likely to see the instantly recognizable US dollar symbol ($).

But how is the dollar used outside of the United States? How many countries have a currency that is named after the dollar? And what does it mean to have your currency pegged to the U.S. dollar?

In this post we’ll be highlighting the countries that use dollars, taking a look at currencies pegged to the dollar and exploring how the dollar functions as a worldwide currency.

Which Countries Use Dollars?

You probably think of the U.S. dollar if you hear the word “dollar” in any conversation. It is one of the most widely circulated and respected currencies in the world. The U.S. dollar plays a major role in the worldwide economy and is accepted in cities around the world as a primary or secondary currency. The U.S. dollar is also the reserve currency of several countries, which means that it is held by central banks and financial institutions for trade purposes.

However, the United States is only one among many countries to use a currency called the ‘Dollar’. For example, Canada, New Zealand, Australia and Singapore all have their own dollars. And while they all carry the ‘dollar’ name they are completely different types of national currency. Many of these currencies bear more of a resemblance to the British pound, from which the likes of the Canadian and Jamaican dollar are derived, than the US dollar.

Economies that use a ‘dollar’ include:

Where is the U.S. dollar used abroad?

The U.S. dollar can be found in practically every country in the world. It is used in many countries to invest, trade and pay international debt. Valuable commodities such as oil and gold are even priced in USD to ensure that other countries can buy them using reserved U.S. dollar currency.

While the U.S. dollar is used as a reserve currency in many countries, some nations also use it as their own currency as well. There are 16 countries and regions that use USD as their official currency:

The strength and standing of the U.S. dollar makes it an attractive option for many countries, especially those that are in the Caribbean and South America. Many of these countries are geographically close to the U.S. and will experience tourism benefits by keeping the U.S. dollar as their primary currency. This is particularly important for countries in the Caribbean where tourism is a vital part of their economic fortunes.

For Americans the wide use of the U.S. dollar in tourist hot spots like the Caribbean is ideal. They can travel with their own money and not have to worry about local currency exchange.

The U.S. dollar is used in these overseas countries and regions because it is convenient and valuable. The stability of the U.S. dollar compared to many other smaller currencies also enables countries like El Salvador and regions like Bonaire to kickstart their own economic production.

As the value of a currency fluctuates during seasons of high tourism or commerce, keeping a fixed exchange with a foreign currency like the U.S. dollar helps to ensure that the local currency remains stable and valuable.

Today the countries that have pegged their currency to the U.S. dollar include:

This pegged strategy helps to bring stability to these economies and encourages growth. It is important when it comes to international trade and ensures a healthy exchange rate with other nations. To learn more about how exchange rates work check out our article on, “Everything you need to know about exchange rates.”

The U.S. Dollar and Tourism

As we have mentioned above, the U.S. dollar plays an important role for tourism in the Caribbean and Central and South America. Some cities and regions will accept U.S. dollars as legal tender even if their national bank chose not to.

For example, in the Caribbean region of Mexico while the Mexican peso is the official currency you will be able to get by using U.S. dollars too. You can pay for services, trade with residents and exchange for pesos easily. In fact in many cases because the U.S. dollar is worth more than the Mexican peso it is beneficial for tourist business to accept dollars rather than pesos.

Maybe you have family or friends in countries that also use the dollar. You can support them easily with Small World’s international money transfer service.