What is the currency of Albania? 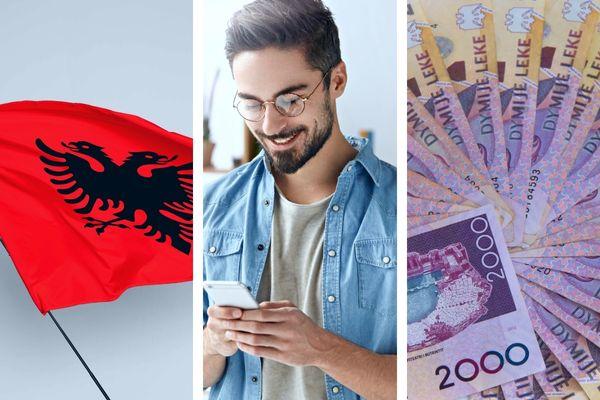 Albania, officially the Republic of Albania, is a small country located in the southeast of Europe. It shares borders with Montenegro, Kosovo, North Macedonia and Greece.

Over the years the land has been home to a variety of ancient and famous civilisations such as the Illyrians, Thracians, Greeks, Romans, Byzantines, Venetians and Ottomans. Today, Albania has still developed a strong economy through manufacturing and trade.

But, these facts are just the basics. If you’re really interested in Albania, where’s a good place to start learning? Well, what about the local Albanian currency?

If you want to travel to Albania or if you want to send money to your loved ones based in Albania, you may have a few questions. Don’t worry, because we’ve got you covered. Learning a little about the currency of Albania is the ideal place to start. That's why in this blog we’ll be exploring everything you need to know about the currency of Albania and its history over the years.

The local currency of Albania is the Albanian lek. The lek can be subdivided into 100 qintars. In Albania the qintar is also called qindarka or in the singular form: qindarkë. The lek was originally named after the infamous Alexander the Great because in Albania his name, in its shortened form, was Leka. For many years a portrait of Alexander the Great has appeared on one side of the 1 lek coin.

The currency is issued by the Central Bank of Albania and is used throughout Albania as the primary currency. In 2019, The Central Bank of Albania launched a new polymer banknotes series printed by De La Rue. This series of notes was a modern update of the old Albanian lek, ensuring an improved system of tracking and security. While many countries in the region use the Euro, and the Euro is widely accepted in Albania, the Albanian lek is an important source of stability and identity for the Albanian economy.

How the Albanian lek is recognised

The history of the Albanian lek

Since the lek was first introduced in 1926 there have been a number of variations. Coins and banknotes have transformed over the years and gone through an interesting journey to become the modern, polymer versions in circulation today.

The first lek in 1926 was introduced with bronze coins in denominations of 5 and 10 qintars. Then during 1926 and 1939 the franga became the main unit of Albanian currency. 1 franga was worth 5 Lek and was similar to the concept of the Belgian franc.

The second lek arrived in 1965. New aluminium coins were introduced in denominations of 5, 10, 20 and 5 qintars and 1 Lek. Re-designs and a new series of coins arrived in 1969 and then again in 1988. All of these coin series remained in circulation until 1992 when a third series of lek coins were issued.

The banknotes went through a similar evolution. There was a 1992 series and 1997 series of notes with new images relating to local Albanian history. Recently, the Central Bank of Albania introduced a new series of polymer banknotes featuring some new figures including Aleksandër Starve Drenova the lyricist of the Albanian national anthem.

Need to send money to Albania? If you do, it may help to compare the Albania lek to other currencies around the world and the currencies of neighbouring countries like Kosovo, Montenegro and Greece. Learning about exchange rates will allow you to understand more about the Albanian economy. You will then be able to understand the best time to send money to your loved ones. So, let’s take a look…

Neighbouring countries like Montenegro that use the Euro are able to gain a slight financial edge because of the international value of the Euro. Nevertheless, Albania also receives financial benefits from having their own unique currency that is traded and exchanged around the world.

These exchange rates give us an example of how Albanian lek is being seen and valued around the world. It should provide you with a competent understanding of the worth of the Albanian lek in today’s economic market.

How can I transfer money to Albania?

It is quick and simple to send money to Albania with Small World’s easy and effective money transfer service. Now that you know more about the Albanian lek it will be easier to know where your money is going and how much it is worth in Albania.

With Small World you can send money through a variety of services. For example if you want to send money to Albania you can use our safe and efficient bank deposit and cash pickup services. We have partnerships with a number of banks in Albania with banks like Raiffeisen Bank, Credins Bank, Tirana Bank, Alpha Bank, BKT, UnionBank and Raea Financial Services.

These partnerships will ensure that you can get your money in the hands of family and friends as quickly and securely as possible. So if you need to support your loved ones in Albania, choose Small World.