What is Colombian Independence Day? 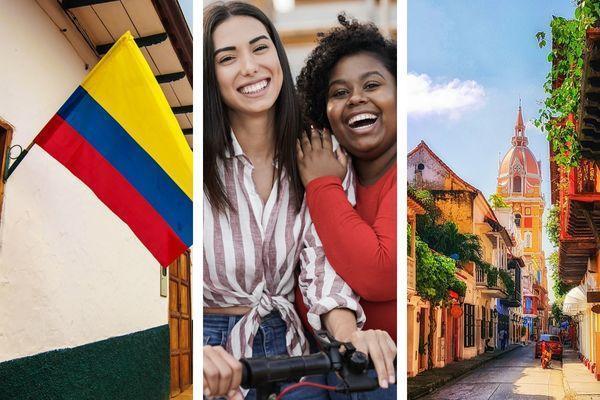 Colombian Independence Day is a great day for Colombians all around the world. On this day people throughout the country gather together to celebrate with fantastic food, lively music, and energetic dancing.

In Colombia and the United States, where there is a thriving immigrant Colombian community, every year there are exciting events, celebrations, and parades to mark the day when the Colombian people secured independence.

When is Colombian Independence Day?

Colombian Independence Day occurs on July 20 every year. The day is marked with celebrations and events throughout the country. It is a public holiday that is observed within Colombia and among communities of Colombian immigrants around the world.

Why is Colombian Independence Day Celebrated?

Colombian Independence Day commemorates the uprising in Bogota in 1810 when the Colombian people broke free from Spanish colonial rule and became a liberated nation once again.

Spain colonized Colombia in the late 15th century and for hundreds of years exerted control over the people of Colombia. The expedition of Alonso de Ojeda in 1499 was the first time Europeans had visited the region. However, it wasn’t until 1525 that the Spanish made their first permanent settlement on Colombian land. Spanish settlers began their colonization in the area which is now occupied by the city of Santa Marta in the north of Colombia. After settling here the Spanish colonizers spread south and began to solidify their rule.

For hundreds of years Spain ruled over much of South America including Colombia. During this time resentment grew between Colombians and their Spanish rulers. In 1809 when Napoleon Bonaparte invaded Spain and made his brother Joseph King of Spain, tension in Colombia had reached a breaking point.

The appointment of a new Spanish King resulted in the restriction of Colombia’s trade and was seen by many Colombian people as a backwards step. In fact it turned out to be a catalyst for change throughout the country. Rebellion in Colombia had started.

In the months leading up to July 20, 1810 there were declarations of juntas (military governments) through the regions of Colombia. The people were deeply unhappy with Spanish rule and were taking matters into their own hands.

In Bogota, the capital city of Colombia, things came to a head on July 20, 1810. The “Criollos”, people of Spanish descent born in Colombia, decided to provoke the Spanish with a clever ploy now known as the ‘Flower Vase Incident’.

They visited the Spanish merchant José González Llorente and asked for a flower vase knowing that he would refuse them. At the same time a man named Joaquin Camacho visited Spanish officials to request a meeting about independence knowing that he would also be refused. They then used these rude refusals to show the Colombian people that their Spanish rulers were disrespectful and that it was no time for outright rebellion.

Freedom fighters took to the streets and headed to the palace of the Spanish colonial official Viceroy Amar y Borbón. They demanded change and Amar y Borbón gave in, granting greater authority to local Colombian councils and limiting Spanish power in the region. This was the official beginning of an independence movement that culminated years later in 1819. Although true independence didn’t arrive for nine years after the Flower Vase Incident, July 20, 1810 remains the day celebrated by Colombians all these years later.

How do Colombians Celebrate Independence Day?

So, now you know a bit about the history, what about the actual independence day celebrations?

Some of the key Colombian Independence Day traditions include street festivals, military parades, folk music and wonderful feasts. Here are a few of the ways Colombians mark the day:

Colombians love to eat and independence day is a great occasion for many Colombians to prepare traditional foods and beverages like Aguapanela, Arepas, Pan de Bono and Bandeja Paisa.

Some Colombians choose to commemorate independence day by visiting the scene of the flower vase incident. Llorente’s house in Bogota is now officially the “20 July Museum” which has been preserved as a sight of national interest.

Colombian Independence Day is a national public holiday. Therefore it is a great opportunity for families and friends to get together. There are gatherings in the streets and homes of Colombians all over the world. Events like the Grand National Concert are

As well as drinking and eating, independence day is also a time to indulge in games that pit family and friends against each other. On July 20 you are likely to see many people in Colombia playing Tejo, a traditional throwing sport that is believed to have originated in the central Colombian Indigenous cultures. Tejo is all about throwing metal disks at small explosive targets

What is the best way to send money to Colombia?

Small World is a leading money transfer service created to help you and millions of others send money internationally. If you want to support your family and friends so they can enjoy and celebrate Colombian Independence Day, then Small World has got you covered.

Our money transfer services to Colombia include Bank Deposit, Airtime Top-Up, Mobile Wallet and Cash Pickup. With each of these services you can securely and quickly send money overseas without any hassle.

Our local bank partners in Colombia include Bancolombia, BBVA, Banco de Bogotā, Banco de Occidente and many more. Connections like these all around the world have helped us deliver a fast and reliable money transfer service to millions of customers. If you want to help your loved ones celebrate Colombian independence this year you can rely on Small World.