The Most Fascinating Facts about Pakistan 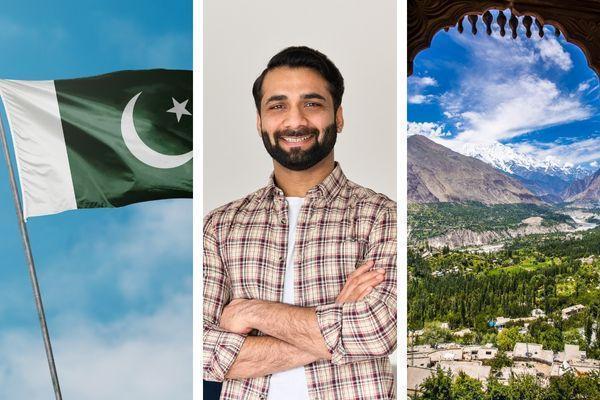 Pakistan is the 33rd largest country in the world and is home to around 230 million people. Whether you have family in Pakistan, are from Pakistan originally or simply want to visit, it is important to find out more about the country, its rich culture and other important facts such as the history of the Pakistani rupee and its most famous figures. Below we’ll explore:

Before exploring some of the most interesting facts about Pakistan, let’s cover the basics. Pakistan or the Islamic Republic of Pakistan is the 5th largest country in the world in terms of population. It is an Islamic country and the capital city is Islamabad. The largest city in Pakistan is Karachi, closely followed by Lahore and Faisalabad. The official languages of Pakistan are Urdu and English but there are over 70 languages spoken in the many different regions of the country.

Pakistan gained independence in 1947 and declared itself the Islamic Republic by 1956. The country has had its internal troubles and maintains its position as a leading power in the region. The currency is the Pakistani rupee and it has a great reputation for cricket, polo and squash, as well as traditional Pakistani sports such as kabaddi. Around 8.8 million Pakistanis live overseas and have migrated to different nations around the world, with most living in Middle Eastern countries followed by the United Kingdom and the USA.

The Indus Valley Civilisation is one of the oldest societies on record and their roots are in Pakistan. The civilisation grew around the Indus river and delta and their amazing fossils, relics and remnants of their architecture are still being discovered to this day. The Indus civilisation are one of the three earliest civilisations ever discovered, alongside the Egyptians in Africa and the Mesopotamians in South America. The Indus society was made of a wide network of cities and towns with public baths, urban drainage and reliable water supply systems. Considering the civilisation is over 8000 years old these modernisations are extremely impressive.

Pakistan and its people have many things to be proud of, but the achievements of Malala Yousufzai remain a source of great pride. Malala is the world’s youngest Nobel prize winner, receiving the honour when she was just 17. Malala received the prize for continuing to champion universal education, especially for Pakistan’s women and girls, despite being shot in the face by the Taliban aged just 15. Malala is the second Pakistani to receive a Nobel Prize, with Abdus Salam receiving the prize for his contribution to physics in 1979.

Pakistan’s Highest Mountains and Other Heights

Pakistan is home to the world’s second highest mountain, K2, and also the world’s third highest Tirich Mir. It is also home to the three higher mountain ranges in the world. Much of the Himalayas are in Pakistan and its neighbouring countries.

Pakistan is also home to many other great feats including the world’s highest paved road. Often described as the eighth wonder of the world or the China-Pakistan friendship highway, the road’s official name is the Karakoram Highway. It runs for 800 miles between Abbottabad in Pakistan all the way to Kashgar in China. The highest point is a huge 4800 metres above sea level and amazing views.

Pakistan is home to six designated UNESCO World Heritage sites. Each site has been recognised for its cultural or historic significance and many are still being explored to find out more about the ancient Indus civilisation and Islamic history too. Pakistan’s world heritage sites are: archaeological ruins at Moenjodaro; the Buddhist ruins of Takht-i-Bahi and neighbouring city remains in Sahr-i-Bahlol, the ancient ruins of Taxila, the monuments at Makli; Fort Rohtas and the fort and Shalamar Gardens in Lahore.

Many of the world heritage sites are still being explored by archaeologists and historians looking to uncover as much information about the ancient civilisations that called Pakistan home.

Whether you are from Pakistan or have family living there, you may want to send money home from time to time. Similarly, it is a good idea to ensure access to reliable money transfer services if you are travelling in the country.

Sending money to Pakistan is easy with Small World. We have great connections with local institutions including leading Pakistani bank MCB. Send money for cash pick with ease, with over 8000 locations in Pakistan to choose from or you can opt to deposit via bank transfer too.