A Complete Guide to Pakistan 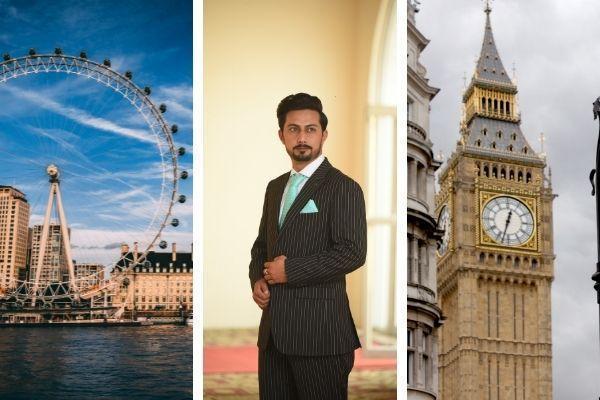 There is so much to discover in Pakistan that it can be difficult to decide what to learn about first. From the diverse economy to the many wonderful languages, Pakistan has so much to offer to the rest of the world. That’s why we’ve decided to put together a guide to help you know a bit more about Pakistan.

In this guide we’ll highlight a few key elements of Pakistani life including:

The Languages of Pakistan

There are over 70 languages spoken throughout Pakistan, 66 of which are indigenous to the region. The official national language of Pakistan is Urdu even though only about 7% of Pakistanis use Urdu as their first language. English is the only other official language in Pakistan.

The extraordinary blend of cultures and people in Pakistan means that you can expect to hear all these languages spoken on any street in cities like Lahore, Karachi and Multan. Other languages found in Pakistan include Gujari, Brahui, Kashmiri and Shina. Historically, Arabic, Bengali and Persian have also been spoken throughout the region.

Pakistan is known for its delicious and varied cuisine. From Halwa poori to Chaat to Nihari there is plenty to discover and enjoy. Whether you are trying Qatlama, Chicken Lahori and Paratha at a colourful street stall or digging into Mutton Korma at a restaurant, Pakistani cuisine is a delight for your taste buds.

Even if you don’t live in Pakistan you will probably have come across some form of Pakistani cuisine wherever you live. But if you are visiting Pakistan check out this list of the 20 Best Restaurants in Pakistan.

A variety of national and religious public holidays are celebrated across Pakistan every year. If you have loved ones in Pakistan or you plan on visiting in the future it helps to know when these public holidays occur.

The official religion of Pakistan is Islam and a number of Islamic holidays are celebrated throughout the year including Eid-ul-Adha, Eid-ul-Fitr, marking the end of the fasting month of Ramadan, Mawlid, the birthday of the Islamic prophet Muhammad and Ashura.

There are also several national holidays including Kashmir Solidarity Day on the 5th of February, Pakistan Day, commemorating the Lahore Resolution, on the 23rd of March and Independence day on the 14th of August, which marks the formation of Pakistan in 1947.

At the time of independence and the introduction of the Pakistani rupee, agriculture was the largest industry. Today, while agriculture is still significant, the economy is far more diverse and there has been a growth in skilled workers across industries as diverse as technology, finance, entertainment, manufacturing and banking.

While the pandemic has halted the progress of many Pakistani businesses there is the potential for a strong economy to emerge and there will continue to be opportunities for skilled and highly-skilled workers.

In 2021, the average monthly salary of a person working in Pakistan is around 81,800 PKR which is equivalent to just below 350 GBP. This money will be able to go further in Pakistan than it would in the UK as the cost of living is considerably lower. In general the prospects for workers in Pakistan have steadily improved over the years and the emergence of new industries are promising for skilled workers looking to make a permanent move to cities like Karachi, Lahore or Faisalabad.

The biggest sport in Pakistan is Cricket. It is an integral part of the life of millions of Pakistanis and a constant topic of conversation throughout the country. This is illustrated in part by the fact that the current Prime Minister of Pakistan, Imran Khan, is a famous former cricketer. In the 1980’s Imran Khan was the captain of Pakistan’s national cricket team and led the team when they won the Cricket World Cup in 1992.

Cricket is tied to the politics of the country but it is also the game that Pakistani children play in the streets, the schoolyards and the fields. Part of Pakistan’s success in cricket has been attributed to the popularity of tape ball cricket, a variation on the traditional game that was pioneered in Karachi, Pakistan. Cricket is by far the most popular sport in Pakistan but other common sports played throughout the country include football, snooker, table tennis and badminton.

The Currency of Pakistan

The currency of Pakistan is the Pakistani rupee and is controlled and managed by the State Bank of Pakistan. The word Rupee is derived from the ancient Sanskrit word “rup” or “rupa”, which means silver in many Indo-Aryan dialects.

The international currency code for the Pakistani rupee is PKR and the sign used is ₨. The Pakistani rupee has >emerged as one of the world’s best performing currencies and reflects the growth and strength of Pakistan's economy over the last twenty years. The depictions on the rupee notes are often famous national figures, monuments or buildings such as the Badshahi Masjid in Lahore on the Rs. 500 note or the Faisal Masjid in Islamabad on the Rs. 5000 note.

The process of receiving your Pakistani visa will depend on where you come from and the type of visa you are applying for. You can find the detailed requirements for obtaining a Pakistani Tourist Visa on the Government of Pakistan’s official website.

For a tourist visa it will typically take up to 7-10 working days to process but it can take up to 3 months if it is delayed. To be granted a visa you will need to be from an eligible country, and you will have to submit a photograph, a passport and hotel booking details.

Overall, Pakistan's visa process is not too different from many other countries. A large portion of the process can be conducted online. The process for obtaining a work visa is slightly more complicated but hopefully some of the details will be managed by your employer.

Use Small World to Transfer Money to Pakistan

Small World is an international money transfer service that helps millions of people all around the world send and receive money across borders. If you need to send money to Pakistan, Small World is here to help.

You can support your loved ones in Pakistan via Small World’s money transfer services which include Bank Deposit, Cash Pickup and Airtime top-up.