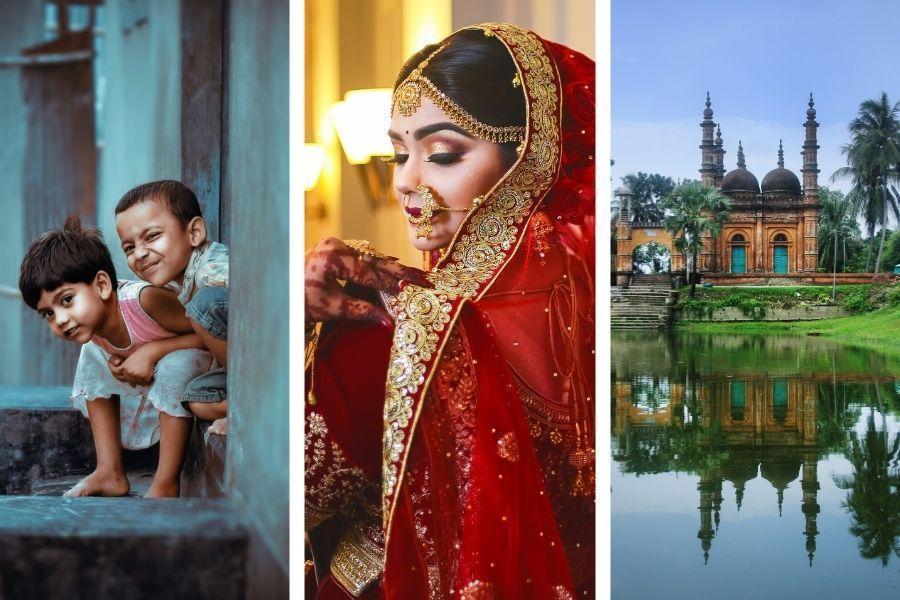 Whether you’re living and working abroad or at home in Bangladesh, it’s a time of great pride. The special day is held every year on March 26th. The 2021 celebrations were special, of course: exactly 50 years since independence was declared on March 26th, 1971.

In preparation for this special milestone, this blog will look at:

The history of Bangladesh Independence Day

In the early hours of March 26th in 1971, Sheikh Mujibur Rahman declared Bangladesh’s independence from Pakistan. This day will always be commemorated by the people of Bangladesh.

At the time, Bangladesh was known as East Pakistan and, despite Sheikh Rahman’s Awami League party winning a clear majority in elections, the Pakistan government refused to hand over power.

What followed was nine months of war, concluding in freedom and self-rule, on December 16th, 1971.

However, much was lost and the price of freedom was high. This is why the Independence Day celebrations are also a memorial honouring those who were killed in the war for independence.

Support for Bangladeshi refugees came from all over the world. Famously, Beatles member George Harrison released a single and held a “concert for Bangladesh”. The concert featured other musicians such as Ravi Shankar, Ringo Starr, Bob Dylan and many more.

As we have seen, Independence Day is a way for you and those around you to celebrate independence and pay tribute to the millions of civilians and freedom fighters who fought during the war.

On this special day, people come together for parades, speeches, concerts and other celebrations.

In mosques and temples there will be special prayers offered to the martyrs who made independence possible.

Green and red, the national colours of Bangladesh and its flag, play an important role. But, did you know that the green represents the country’s landscape? While the red is the sun rising over the new Bangladesh?

These colours are used to light up many official government buildings and offices. Homes, shops and other business will also be beautifully decorated for the day on March 26th.

It’s also a time of conciliation and renewal of friendships. Prime Minister Narendra Modi has already inaugurated a bridge on the Feni river which joins Sabroom in India with Ramgarh in Bangladesh. Called Maitri Setu (“Freedom Bridge”) it’s a truly positive sign of hopefully improving relations with India during this historic year.

Like so many key moments in history (Language Martyrs' Day or Victory Day), poetry has been used by Bangladeshi’s over the years to capture what this period of time means for its people. Bangladesh Independence Day poems were, and are, a way to express the many feelings that accompanied events in 1971 and the great pride Bangladeshis still feel.

Poets like Mohammad Rafiq, who followed on in the tradition of the great Jibanananda Das (1899–1954), were able to put into words what happened during 1971. He summed up the feelings experienced by many Bangladeshis and even gave a voice to the land itself through his beautiful use of language.

The people of Bangladesh are known for their poetry. Perhaps you write poems yourself? Why not write one about Bangladesh Independence Day and what this historic year means to you? We’d love to hear from you.

Support your family this Independence Day

This year will be especially difficult for those of you who are unable to travel back home for the 50th anniversary celebrations. The next best thing might be to send a financial gift to recognise the occasion.

And, it’s actually a great time to send money to Bangladesh as Agrani Bank has announced details of a promotion to commemorate the birth centenary of Sheikh Mujibur Rahman and to celebrate the golden jubilee of Independence of Bangladesh.

From 15th March to 15th May 2021, an additional 1% incentive will be added to money sent to Agrani Bank accounts (transaction must be sent using Agrani Bank rep code, offer is not valid for Cash Pick Up transactions).

The government’s 2% incentive is also still in place – meaning that an additional 2% will be added to your transfer when it’s received by your loved ones.

This recent blog on the Small World website will give you all the information you need to know about this incentive, including the documents the sender must provide if sending over BDT 500,000.

By using Small World’s services such as Cash Pick Up, Bank Deposit or Mobile Wallet, you can continue to support your family and ensure that your money goes even further by qualifying for this additional incentive.

We hope you and your family enjoy this year’s Independence Day and the 50th anniversary of Bangladesh’s independence.