What is Victory Day in Bangladesh? 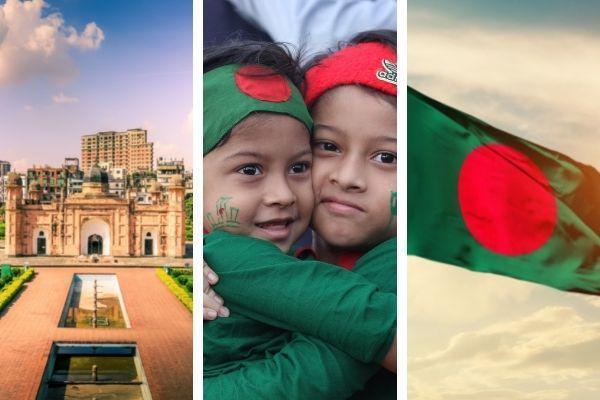 Alongside Independence Day and Language Martyrs’ Day, a number of other national holidays are celebrated in Bangladesh. One of the most important days in the Bangladeshi calendar is Victory Day.

If you have family or friends in Bangladesh or if you’re just planning on visiting the country one day you may be curious when Victory Day is, why it's a national holiday, and you may wonder how the people of Bangladesh commemorate this day. Well, you’ve come to the right place.

Below we’ve highlighted a few topics to help explain Victory Day in Bangladesh, how it’s celebrated and its significance:

What is Victory Day and when is it celebrated?

Victory Day is a Bangladesh Holiday held every year to commemorate the victory of Bangladeshi forces in the Bangladesh Liberation War which took place in 1971.

Victory Day is celebrated on December 16 and is observed throughout the country. The day is also commemorated across India as well in honour of the Bangladeshi and Indian soldiers who fought and laid down their lives.

The day is also celebrated by Bangladeshis and Bangladesh communities around the world. In 1996, the national Bangladesh Bank created and issued a 10 Taka note that commemorates the 25th anniversary of Victory Day.

The historical context of Victory Day

It was a large-scale war which resulted in millions of deaths and the exodus of millions of refugees. The period was one of the most violent in the whole of the twentieth century. Then on the 16th of December in 1971, after many fierce and lengthy battles, the Lieutenant General of the Pakistan Armed Forces signed the Instrument of Surrender.

The surrender was signed at the Ramna Race Course in Dhaka with thousands in the crowd cheering on and celebrating the momentous occasion. Many of the United Nations subsequently began to recognise Bangladesh as an independent country. And today the population of Bangladesh is around 164 million making it the eighth most populous country in the world.

Since 1972 the celebration of Victory Day has taken place in Bangladesh every year. The day and the whole Bangladesh Liberation War is a topic of great importance throughout the region and is heavily represented in Bangladeshi literature, art, music, cinema, mass media and historical teachings.

How do they celebrate Victory Day in Bangladesh?

One of the highlights of Victory Day every year is the national military holiday parade on Dhaka’s National Parade ground. The parade is hosted by the Bangladesh Armed Forces and is presided over by the President of Bangladesh.

The parade is televised and also receives nationwide radio coverage to ensure that everyone in Bangladesh can celebrate the day and pay tribute to the fallen who helped to ensure victory in the Bangladesh Liberation War. TV and radio stations will also broadcast patriotic songs and special programs to mark the day.

Special prayers also take place at all Armed Forces Mosques dedicated to the peace and advancement of Bangladesh.

As with most national holidays you're likely to see some flags in the streets, in the towns and cities and hanging out of house windows. All the main streets will be decorated with national flags. The national standard will be hoisted at the headquarters of the Armed Forces and other official government premises.

In 2013 Bangladesh went further than any country had ever gone before with their flags. On Victory Day in 2013 a new world record for the largest human flag was set when 27,117 people gathered at the Bangladesh National Parade Ground holding green and red blocks to help form Bangladesh’s distinctive national flag. It is one of the largest flag demonstrations to have ever taken place.

No celebration is complete without great food. On Victory Day, like on other days of national celebration, traditional Bangladesh cuisines will be shared by families and friends throughout the country in gatherings and meals. Improved meals will also be served in hospitals, orphanages, jails and vagrant homes across Bangladesh.

Whether it's Kacchi Biryani, Khicuri or Puchka, there is always plenty of delicious Bangladeshi food to be enjoyed on Victory Day.

Special prayers will be offered across the country during Victory Day. In mosques, churches and temples religious leaders will lead their congregations in special prayers that commemorate the day. The prayers will be focussed on continual peace, prosperity and love for the people of Bangladesh.

Holidays are a time together with your family and friends. This is also true for Victory Day. Even during the pandemic, Victory Day was a chance for family members to reach out online via Zoom, or Skype or Facetime and speak to their loved ones.

In the past year it was harder to celebrate Victory Day than it usually was because of the pandemic but many still gathered virtually to pay tribute and commemorate the day. Many Bangladeshis will have Victory Day photos from years past when they were able to celebrate in-person with their family and friends.

Want to help your family and friends in Bangladesh celebrate Victory Day? Do you need to send money quickly, easily and safely overseas? Small World’s got you covered.

So you can easily support your loved ones via Small World’s money transfer services to Bangladesh which include Cash Pickup, Bank Deposit, Mobile Wallet, Anywhere Pickup and Airtime Top-up.

Your first transfer online to Bangladesh is always fee-free!