What is Language Martyrs’ Day in Bangladesh? 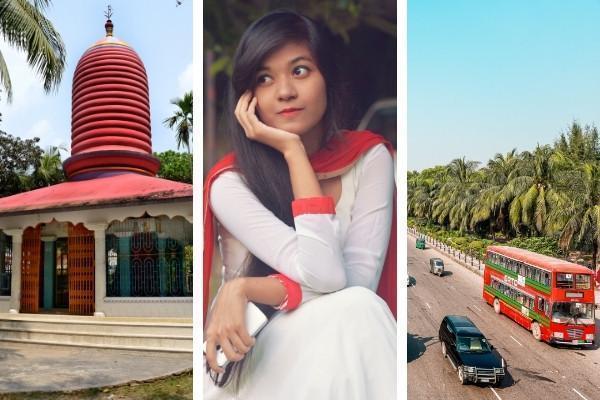 Are you curious about some of Bangladesh’s national holidays? Have you heard of Language Movement Day or Language Martyrs’ Day but have no idea what it is about? You’ve come to the right place. Language Martyrs’ Day is one of the most significant holidays in Bangladesh's calendar and its history is tied to the evolution of the country since the 1950s.

We want to help you learn about Language Martyrs’ Day so we’ve highlighted a number of topics below, including:

What is Language Martyrs’/Language Movement Day in Bangladesh?

Language Martyrs’ Day is also known as Language Movement Day or State Language Day. It is a Bangladesh national holiday that takes place every year on February 21st. The day is set aside as a national holiday in order to commemorate the Bengali language movement and the movement’s martyrs.

It is a sombre day of remembrance that helps to promote Bengali as the state language of Bangladesh and keep the current population of the country educated about the history of their language.

After the partition of India in 1947, 44 million Bengali-speaking people lived in East Bengal and the eastern part of the Dominion of Pakistan. At the time, the education minister Fazlur Rahman was making preparations to ensure that Urdu was the single state language of the Dominion of Pakistan. This sparked outrage from the Bengali-speaking population.

On December 8th 1947, a significant number of Bengali students gathered on the University of Dhaka campus to demand that Bengali be made an official language. Alongside their gathering, procession and rallies took place through the streets of Dhaka. This language movement encouraged the people of East Bengal to seek a separate national identity and protests continued.

The most significant protest took place on the morning of February 21st 1952. Students gathered at the University of Dhaka to protest and were met with armed police. Some students tried to break the police line. In response police fired tear gas and arrested several students as they tried to leave. Students then moved to the East Bengal Legislative Assembly and tried to block the legislators’ way. When a group tried to enter the building the police shot at them and killed a number of students including Abul Barkat, Abdual Jabbar, Abdus Salam, and Rafiq Uddin Ahmed.

The killings drew widespread condemnation and many people across the city chose to shut down their businesses. A general strike began and calls for justice and reform increased.

How do they celebrate Language Martyrs’ Day in Bangladesh?

Language Martyrs’ Day is understandably a significant and solemn day in the calendar. To commemorate the movement and mark the achievement of the Bangladesh people, Shaheed Minar, a symbolic sculpture was created and now stands where the killings took place.

February 21st was first declared a public holiday in 1954 and has been celebrated as a day of remembrance and national pride in Bangladesh ever since. Like any other national public holiday the day is celebrated in a variety of ways by people all around the country.

Many businesses and places of work will close for the day. Family and friends may gather together and observe the occasion together. They will eat together and enjoy each other’s company but unlike many other national holidays Language Martyrs’ Day is not commonly an occasion for jubilant celebration. Often people will meet and lay tributes, wreaths and flowers at Dhaka University and take part in solemn gatherings.

Bangladesh’s Language Movement Day has also sparked an international movement to recognise linguistic and cultural diversity. International Mother Language Day is observed around the world today and the initiative of Bangladesh. The day also takes place on February 21st and was first announced by UNESCO in 1999.

The day, like Language Martyrs' Day, is all about promoting the preservation and protection of all languages. As the people of Bangladesh had to fight for Bengali to be recognised in the 1950s, so have many other peoples in nations all around the world. The Bengali Language Movement was really the first of its kind anywhere in the world and helped to bring attention to the importance of native languages in many other countries too.

Every year UNESCO chooses a different theme to highlight on each International Mother Language Day. For example in 2021, the theme for the day was “Fostering Multilingualism for Inclusion in Education and Society”. Audrey Azoulay, Director-General of UNESCO, emphasised the importance of days like Language Martyrs’ Day and said, “when 40% of the world's inhabitants do not have access to education in the language they speak or understand best, it hinders their learning, as well as their access to heritage and cultural expressions. This year, special attention is being paid to multilingual education from early childhood, so that for children, their mother tongue is always an asset.”

In a statement the UN also noted that, “International Mother Language Day recognizes that languages and multilingualism can advance inclusion, and the Sustainable Development Goals' focus on leaving no one behind.” Thankfully, the lessons of Bangladesh’s Language Martyrs’ Day are now being learned

Small World is an international money transfer service that helps millions around the world support their loved ones with overseas transfers. If you have family or friends who want to celebrate Language Martyrs’ Day they may benefit from having some extra cash to spend on food and decorations. This is where Small World can help.

Our money transfer services to Bangladesh include Cash Pickup, Bank Deposit, Airtime top-up, Mobile Wallet and Anywhere Pickup. So however you want to transfer money to your loved ones for Language Martyrs’ Day you can rely on Small World to get the job done!