The currency of Bangladesh 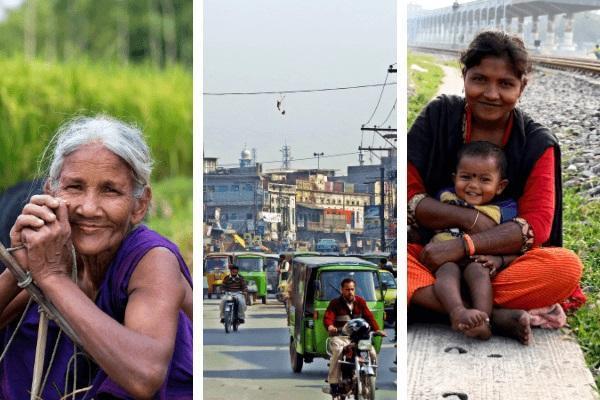 Are you aware that it's Bangladesh's 50-year independence anniversary this year? So, let's explore the interesting history of Bangladeshi currency and take a look at how it has played a role in the country's economic progress.

With the Bangladeshi economy improving, foreign investment and money transfers are important to the country's continued success. Read on to discover more about the currency of Bangladesh and what it means for your family or loved ones who may live there.

In this blog, you'll learn about:

What is the currency of Bangladesh?

Let's start with the basics. The currency of the People's Republic of Bangladesh is the Bangladeshi taka. In Bengali it is written as টাকা and it is thought to come from Sanskrit word tankah. It may be the name of the country's currency itself, but if you've spent time in Bangladesh, you will know many use it as a general description of currency or money.

The Bangladeshi taka has been important in helping to build up the country, its community and its economy. It's an emotional symbol for many Bangladeshis around the world as it is a reminder of the growth the home country has undergone in the past 50 years.

How is the Bangladeshi taki recognised?

You might know that the Bangladeshi taka is internationally recognised by the code BDT. Its currency symbol is ৳, and it is known as Tk in short-form.

But, did you know that both ৳ and Tk can be seen on receipts in Bangladesh?

It's available in notes ranging from ৳1 to ৳1000. The ৳10 notes and larger amounts are issued by Bangladesh Bank, and the smaller notes from the Government of Bangladesh. Coins with a value of ৳1, ৳2 and ৳5 are also in circulation but aren't used as regularly.

The history of the Bangladeshi taka

As a Bangladeshi yourself, perhaps you know the interesting relationship between the country and its currency. It's a matter of pride for many Bangladeshis and we want to explore this relationship a little more.

Let's do a quick history lesson for context. It's important to remember that there was a 90-year struggle before India gained independence from British rule in 1947. What did this mean for Bangladesh? Well, it then became known as East Bengal and a part of Pakistan. Despite being on the opposite side of India, its currency was the Pakistani rupee.

In 1971, 50 years ago, Bangladesh became the country we know today.

Having their own currency was clearly an emotive topic for many Bengali people who stamped words বাংলা দেশ or BANGLA DESH on Pakistani banknotes, prior to the taka being produced. The wait was over on 4th March, 1972, when the Bangladeshi government introduced the taka, which replaced the Pakistani rupee at the same value.

The first Bangladeshi banknotes to be produced were the ৳1, with larger notes being introduced over the next ten years or so. The ৳1000 note came into circulation in 2008 and was a sign of the country's economic growth.

Like most currencies, the BDT has changed a lot over the years. Can you name the person sitting on the cover of all the notes, except for one?

If you thought of Sheikh Mujibur Rahman, you're absolutely right. The only note he doesn't feature on is the ৳1, which are all watermarked with an image of the National Martyrs' Memorial, an iconic symbol of Bangladesh's history.

The different denominations are distinguished by colour, size and the images on the reverse. The images range from Shaheed Minar in Dhaka to an image of the painting ‘Ploughing' by Zainul Abedin.

Each note offers a wonderful window into Bangladeshi history, culture and progress and reminds you of the journey the country has taken. It's no surprise that Bangladeshis see their currency as a representation of their industrious nature. Of course, the same can be said for the Bangladeshi's who are today spread across the world, working so hard to send money home.

The World Bank also reports on the positive impacts of Bangladesh's economic growth. Poverty rates fell from 43.8% in 1991 to 14.8% by 2016 while the following have all improved:

In 2015, Bangladesh also reached the lower-middle-income country status. The government is actively working to improve the country's infrastructure and workforce gender balance (among other things) in order to climb further. It aims to be recognised as an upper-middle-income economy before long.

An important part of this, is foreign investment and money transfer into the country, helping Bangladeshis improve their living conditions. If you have ever sent money home to Bangladesh, you will know that a small amount will go a long way.

As you know, exchange rates are constantly changing. The value of the Bangladeshi taka against the British pound has varied a lot. The best rate was in 2007, when £1 was worth a huge ৳134.5 and the lowest was in 2016 when it dropped to ৳94.7 for £1. [Currencies Zone]

The good news, however, is that the exchange rate has been improving steadily over the past three years, averaging at £1 to ৳113.6 in 2020.

We understand that you work hard to support your family. We work hard to make it easier for you to do so. Your life may be hectic, sending money home shouldn't be. You've come to the right place. At Small World, we are constantly comparing our exchange rates to those of our competitors to make sure you get the best possible deal.

How can I send money to Bangladesh?

There are five different ways you can send money to Bangladesh with Small World, although the most popular include sending directly to a bank account and transferring cash for your loved one to pick up from a Small World location.

With us, you can set up your transfer and relax. We've been doing this for a long time and built relationships with some of the biggest banks in Bangladesh, including Dutch-Bangla Bank and Southeast Bank.