What’s the Currency in Kenya and what is its history? 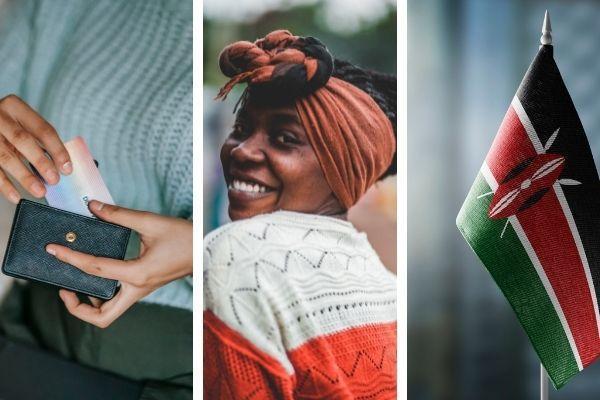 Kenya is a country with a rich and fascinating history. The Kenyan economy has undergone an interesting evolution in the last eighty years too. The currency in Kenya and it’s status on the world stage compared to other currencies has been an indicator of Kenya’s economic development. It is important for people who live in Kenya, just moved to Kenya and Kenyan emigrants to know and understand the history of the currency especially if they are sending money internationally.

To understand why people send money home to Kenya and how they do it you need to know a bit about the currency, it’s history and its relationship to other currencies around the world.

Let’s take a look at the currency used in Kenya and its history, as well as the state of Kenya’s economy today.

What is the currency of Kenya?

The symbol for the Kenyan shilling is ‘KES’ and prices can be abbreviated to KSh. For example, “200 KSh’ refers to 200 shillings.

Now you know what currency is used in Kenya, it’s time to take a look at the history of the Kenyan shilling and how it has developed through the years into what it is today.

The history of Kenya currency

The first coins issued in 1966 came in denominations of 5, 10, 25, and 50 cents, and 1 and 2 shillings. On these coins were depictions of the first president of Kenya, Jomo Kenyatta.

In 1980, the portrait of Jomo Kenyatta was replaced by a depiction of his successor and the longest serving president of Kenya, Daniel arap Moi.

Recently the look of the Kenyan shilling has changed. In 2018 changes were made to Kenya’s constitution that expressly prohibited the depiction of portraits of individual people on coins and notes. As a result, The Central Bank of Kenya began to issue new coins and banknotes.

On all the coins issued since 2018 instead of faces, you can see the Kenyan national coat of arms on one side and on the other side depictions of famous African animals. The currency is the same throughout the country, so the currency in Nairobi is the same as that of Mombasa.

As with every country, Kenya was hit hard by the COVID-19 pandemic. Government, industry and entrepreneurial business all had to adapt to the new pandemic reality. In a lot of cases this has caused the deceleration of growth.

The good news is that the Kenyan economy was on the right path before the pandemic hit. During 2015-2019, Kenya’s economic growth averaged 5.7% making it one of the fastest growing economies in Africa. There was progress in technological and manufacturing industries.

While growth was slow on a macro-economic scale in many of these industries, agricultural output still managed to grow.

There is also a specific focus for the Kenyan economy in the next few years. Recently, the President of Kenya outlined the “Big Four” development priority areas for his final term as President prioritizing manufacturing, universal healthcare, affordable housing, and food security. These are all vital areas of the economy that require development in order to improve the financial freedom of Kenyans throughout the country.

Ultimately, there are reasons for Kenyans to be optimistic. The Kenyan shilling is one of the most stable currencies in East Africa and the economy of the country continues to grow.

The exchange rate of the Kenyan shilling

If you are thinking about transferring money internationally it helps to understand the exchange rate of the currencies you are dealing with.

If you are not familiar with exchange rates this means that for one US Dollar you receive 106 Kenyan Shillings. Throughout 2020, the exchange rate between the two currencies remained relatively stable. And that is the history of the Kenyan Shilling in general.

When compared to other African nations, the Kenyan shilling is a reliable currency that does not experience many periods of volatility.

If you are aware of your country's exchange rate with major economic markets like the United States you get a better sense of the value of your money.

At Small World we are always comparing the exchange rates we offer you to make sure you get the best value for money. That’s why we have over 15 million customers around the world who depend on us to make international transfers and send their loved ones their hard-earned money.

How do I send money to Kenya with Small World?

Small World is a global money transfer service. Whether you have family, friends or business partners back in Kenya, you can use Small World to easily and securely transfer funds. We offer a no-hassle service that has worked for millions around the world.

We know how hard it can be to spend time away from your home and family. Cash is still vitally important to the people of Kenya. That’s where Small World can help.

We have made sure that you can send cash that can be picked up quickly and safely by your friends, family and loved ones in Kenya.

Our worldwide community of 15 million customers have been using our service for years and we are constantly seeking improvements to ensure that your money-sending experience is great!

Sending money to your loved ones in Kenya has never been easier. Visit the Small World homepage to register, and get started right now!

Your first transfer online is always without any additional costs.