What is the EFTA Zone? 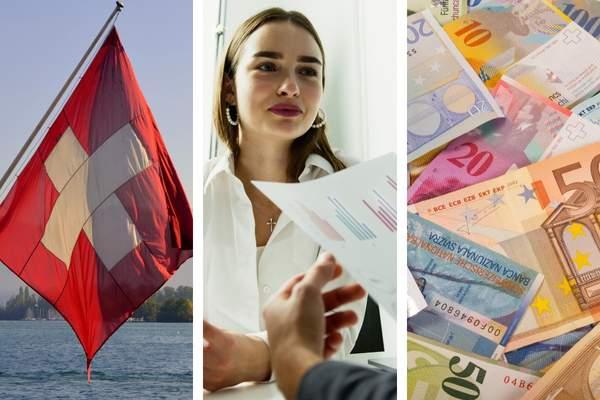 The European Free Trade Association is a regional trade organisation and free trade area in Europe. The countries involved in EFTA have changed over time. Currently, there are four member states.

Since Brexit, many people have wondered whether the UK will become part of the EFTA Zone. It seems unlikely the UK will join the organisation; however, learning more about EFTA, the EEC, and its importance in Europe is still worthwhile.

What is the EFTA agreement?

The European Free Trade Association, or EFTA, is an intergovernmental organisation where different European nations promote free trade and economic integration between their member states.

Generally, people consider EFTA as the first version of the European Union. Many countries initially signed up to EFTA but then left the organisation when the EU was formed. However, EFTA is still an active organisation. The association is responsible for:

What countries are members of EFTA?

Many nations signed up to EFTA in the past, but there are currently four member states. These are Iceland, Norway, Liechtenstein and Switzerland.

The connection between EFTA and the EEA

The Economic European Area or EEA was established via the Agreement on the European Economic Area. It allows the single market throughout the EU to extend to EFTA countries.

Three EFTA member states are part of the EEA: Iceland, Liechtenstein and Norway. Switzerland remains outside of the EEA, voting against membership in December 1992.

Being part of the EEA delivers many benefits, including:

Free movement of people means anyone from any country in the EU or EEA can move as they like through any other nation involved. It also means you can find work in these countries, set up your own business or make investments or property purchases in any chosen state. Moving easily from country to country gives people endless opportunities to learn, grow and find their future home.

There are some limitations to freedom of movement. It is vital to check on a case-by-case basis, but most limitations are minor.

The EEA is undoubtedly EFTA’s most important trading partner.

The formation and history of EFTA

In 1960 the European Free Trade Association (EFTA) was founded by Austria, Denmark, Norway, Portugal, Sweden, Switzerland and the United Kingdom. The countries joined together to promote closer cooperation, stronger bonds and free trade across Europe.

In 1972, Denmark and the United Kingdom left EFTA to join the European Economic Community (EEC), later known as the EEA. It was also during the 1970s that the remaining EFTA countries signed their bilateral free trade agreements, setting them up as active partners in free trade with the EEC.

In 1985 Portugal also left EFTA to become part of the EEC; in 1995, Austria, Finland and Sweden also left to join the European Union. 1995 also saw Liechtenstein fully participating in the EEA Agreement alongside Iceland and Norway.

Why doesn’t the UK join EFTA?

The UK government has made it clear they have no plans to reapply for membership in EFTA. However, if they chose to reapply, the existing EFTA countries would take time to decide.

The EFTA Council considers any nation that applies, and decisions are made as a group. All decisions are made based on safeguarding the interests of all countries involved. The UK has committed to building its own trade agreements, and it does not seem likely they will return to the EFTA Zone.

Free Movement between the EFTA States

People living in any of the EFTA member states, including Switzerland, can move freely, living and working in any state in the European Union.

People from Iceland, Norway, and Liechtenstein enjoy this freedom across the EU thanks to their EEA membership. For people from Switzerland, there is an additional agreement in place ensuring they can benefit from free movement too. If you want to move from any EFTA country to another EU country, it is a relatively straightforward process.

The opportunity to live and work in any European Union country is a great benefit, and millions take advantage of it. Choosing to move abroad can be daunting but also a fantastic experience, and finding effective ways to manage your finances is a vital part of this.

With Small World, you can send money through a variety of services, including bank deposit, cash pickup, home delivery, mobile wallet, and mobile top-up. This will help your friends and family support your work experiences across Europe.