Insights into the latest UK Immigration Rules after Brexit 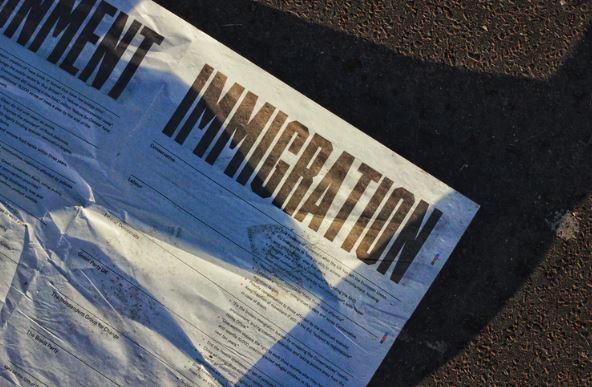 Britain's immigration landscape is all set to transform from an Employer-led system to one that is closely controlled by the Government. So, we decided to educate and inform our EU and non-EU readers abouthow this would impact your career prospects.

Ever since the June 2016 referendum, there has been anxiety amongst EU immigrants about how Brexit would impact their right to live and work in the UK. With the recent changes in the UKs immigration rules, their worst fears are likely to come true in 2021. Not long after Brexit, UKs immigration authorities have disclosed certain major reforms that would come into effect from the 1 st day of January 2021. Most of these immigration policies aim at filtering out immigrants that arent contributing to the UKs economic growth.

Also, the government clearly aims at attracting highly skilled professionals, which would solve the labor problem in the healthcare industry. Nevertheless, small business owners arent happy about it as theywould be compelled to hire UK citizens and pay them a lot more than they used to pay low-skill immigrants. So, while authorities continue to argue that these changes would attract better talent, small business owners are already experiencing a slowdown. Let us now sift through some of the key reforms made to UKs immigration policies in the past couple of months.

UKs robust economy has always attracted immigrants from all over the world, more particularly from the EU countries. Until Brexit, EU citizens could move to the UK and pick a job like any other citizen, without going through necessary formalities. As a result, those from weaker economies flocked in large numbers, which will now be restricted.

During the pre-Brexit era, the UK was obligated to permit free movement to all EU citizens. Unfortunately, that appears to have worked against the best interests of the British citizens as Employers chose to hire immigrants that offered cheap labor. As a result, most businesses chose to saveup all that they could. According to the UK Government, this cheap labor offered by immigrants seems to have slowed down the economy.

Therefore, the Conservative Party led by Prime Minister Boris Johnson has strongly favored Brexit from the very beginning. Soon after Brexit, the UK Government has now rolled out some key reforms to the UKs immigration policies. These policies are likely to have a far-reaching impact on both EU and Non-EU immigrants and also on various industries such as construction, food, and restaurant, healthcare, agriculture, etc While the construction, meat processing, and restaurant sectors are already concerned about it, the healthcare sector appears lush green for qualified professionals. Let us now discuss the key reforms made to the UKs immigration rules, which would be applicable from 2021.

Canada was one of the earliest countries to adopt the point-based immigration system back in the year 1967, followed by Australia in the year 1989. Despite having the necessary controls in place, the two Governments have been known to be more welcoming to immigrants. At present, the UK Government is all set to follow the suit but on its own terms. This change would ensure that those allowed to migrate to the UK are qualified and highly skilled.

The points-based immigration system has already created an uproar in the UK because small business owners currently face a serious labor shortage. Their only option is to offer higher wages to UK citizens, which doesnt seem to be going well with most of them. Also, students aspiring to study in the UK need to demonstrate their skills and would have to go through the same points-based system.

In an effort to exercise better control over UKs immigration policies, the immigration authorities have decided to let in only those immigrants that are highly skilled and qualified. As a result, a large population of immigrants that work as waiters, chefs, drivers, etc would be affected.

According to reports, seventy percent of those working in the UKs meat processing industry are immigrants. That should give you a clear picture of how deeply small businesses would be affected.

Learn English to get a Work Visa

Until Brexit, the European Union consisted of 28 countries and a majority of that included non-English speaking countries such as Romania, Slovakia, Finland, etc... Despite their lack of proficiency in the English language, EU citizens were allowed to work in the UK. As quite a few of them came from non-English speaking countries, they opted for low-skill jobs. However, that wont be the case after the points-based system comes into force because English would be a mandatory requirement.

You can no longer apply for a work permit visa in the UK, unless you have been offered a minimum salary of 25,600. However, this excludes certain skills shortages that the UK government would identify from time to time. Currently, there is a dearth of nursing professionals in the UK and therefore nursing and healthcare jobs are exempted from this requirement. Also, the UK Government has expanded the seasonal workers scheme the seasonal workers scheme in the UK.

Now that the UK is through with Brexit, those hailing from the EU countries would be deprived of all their immigration-related privileges in the UK. That would put them on the same page as other immigrants, which would gradually erase the gap between EU immigrants and non-EU immigrants.

Whether the change would boost the economy or mar its growth is something that only time can prove. In the meantime, those hailing from Asian countries have a reason to smile because, in most South-Asian countries, education is imparted in the English language which gives them a competitive edge. Also, qualified professionals already working in the UK and awaiting permanent residency status can expect things to speed up.