What is Filipino American History Month? 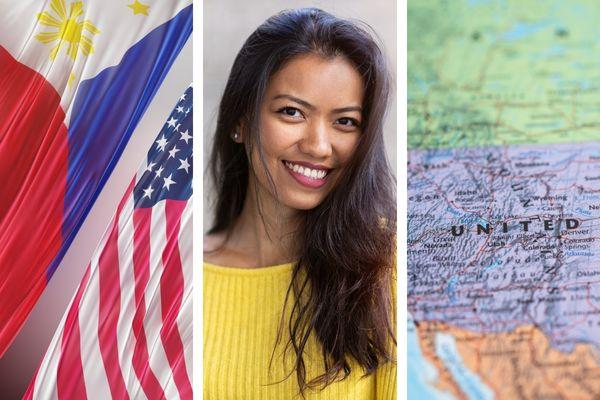 In this blog we’ll be exploring everything you need to know about Filipino American History Month, including:

What is Filipino American History Month?

Filipino American History Month is a cultural month of celebration and education centered on the history of Filipinos and those of Filipino descent living in the United States.

The month, which was only officially recognized by the 11th Congress in 2009, like African American Month (February), Hispanic Heritage Month (September/October), Women’s History Month (March) and Native celebrates the diverse cultural history of the United States. It also serves to recognize the role Filipinos have played in the evolution of the United States over many years.

Why is there a Filipino American History Month?

On October 18 1587 the first Filipinos set foot on what is now Morro Bay, California. Since then quite a lot has changed on the continent of North America. As the United States was formed and began to evolve into a major nation, Filipinos played a major role in the formation of the culture and institutions that began to define American life.

With the United States being such a melting pot of cultures, ethnicities and religions it can be quite easy for some of these unique and fascinating cultures to get lost in the mix. Cultural celebrations like Filipino American History Month help to ensure that the history of Filipinos in the U.S. and the impact they have had on the story of America will be properly remembered by those within and beyond the Filipino American community.

Since the first Filipino American History Month many states, counties and cities in the U.S. have put forth proclamations and resolutions to declare that October is the month to observe and celebrate Filipino American history.

"History is inclusive of heritage and culture, but it’s also about the ways we have built and changed this nation...whereas heritage is more limited to what we pass down in terms of culture, tradition, and legacies.” - Dr. Dawn Mabalon, renowned historian and community leader, believed to be the first Pinay to earn a Ph.D. in American History.

Many take the month to learn more about Filipino American history including learning about Larry Itliong, leader of the Delano Grape Strike of 1965, honoring the Filipino veterans from World War II, or paying homage to legends like Lea Salonga, Vicki Manalo Draves’ and Antero Cabrera.

One of the ways Filipino American History Month has been celebrated in recent years has been the lighting up of certain landmarks around the country. For example, in LA in 2022 a lighting ceremony presided over by the Mayor Eric Garcetti took place. During the lighting ceremony several Los Angeles landmarks including LAX, Los Angeles City Hall, 2nd Street Tunnel, Union Station and The Plaza at Hollywood Bowl were illuminated by lights showing the colors of the Filipino National Flag. Also at this event, a number of Filipino American leaders were honored for their dedication to civic engagement, arts, business and culture.

The celebrations and events in Los Angeles are an example of the way Filipino American History Month is celebrated in many states across the country. For many Filipinos living in the U.S., October is a time to mark the contributions Filipinos have made to the nation and hopefully inspire Filipino American kids to do great things in the future too.

Filipino American History Month is also a great time to support local Filipino American businesses whether they be restaurants, bars or stores. As you visit these places you’re likely to learn more about both Filipino and American culture and history.

How to send money to the U.S.

Learning about Filipino American History Month is a fantastic way to support your family and friends based in the U.S. If you want your loved ones to enjoy this month and put on some major celebrations then you may want to send them some money. If so, Small World is here for you.

Small World is an international money transfer service that helps millions around the world send money to their loved ones. There are a variety of transfer services you can make use of if you want to support your family and friends in the United States, including bank deposit and cash pickup.

We are also partnered with a number of American banks such as Bank of America, Chase, Wells Fargo, CITI, BNY Mellon and many more. With our partnerships and secure services you couldn’t be in a better position to send money to the U.S.

Transfer Money to the U.S.