Day of the Little Candles in Colombia 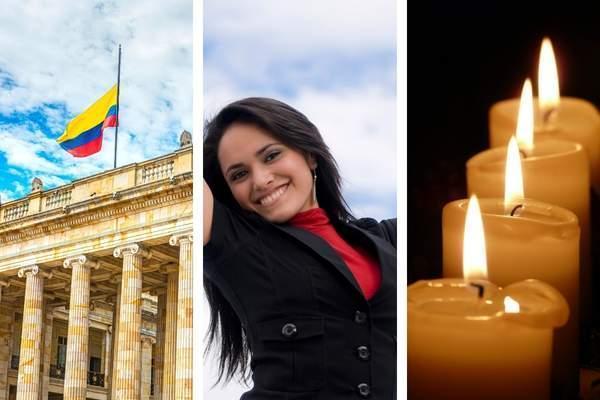 The Day of the Little Candles in Colombia is one of the most fascinating and popular global traditions of the Christmas season. Unique to Colombia, this special occasion is a key part of festivities in this South American state, and we’re exploring all the highlights of this wonderful celebration below.

Read on to find out more about:

What is the Day of the Little Candles?

The Day of the Little Candles or Día de las Velitas is a special festival and celebration in Colombia that marks the beginning of their Christmas festivities. Surveys suggest up to 90% of the Colombian population is Catholic, or Roman Catholic, so Christian celebrations are a very important part of their culture. Furthermore, Colombian communities in the USA may also want to keep this piece of their culture alive. You may find communities or families in your neighbourhood involved with this special occasion.

The Day of the Little Candles celebrates the Catholic holiday of the Immaculate Conception. This is a holiday celebrated by Catholics worldwide, but in Colombia, they have their own way of celebrating and unique approach to this festive event.

Why is Little Candle Day Celebrated?

The holiday has its roots in Catholicism, but it has become more secular and is officially seen as the beginning of Christmas for Colombians.

The Immaculate Conception is popularly believed to refer to the conception of Jesus, but this actually is not the case. Instead, it was, in fact, the conception of his mother, Mary. According to this Catholic doctrine, the Virgin Mary “was preserved free from the effects of the sin of Adam from the first instant of her conception.”

The sin of Adam is what Catholics commonly refer to as “original sin”, and this doctrine suggests the Virgin Mary was free from this see so she could be truly pure to carry Jesus. Understanding and interpreting Catholic doctrines and theology can be particularly difficult, and the idea of the Immaculate Conception is still debated regularly to this day.

Cultural Crossovers with the Day of the Little Candles

The beginning of the Day of the Little Candles saw Catholics worldwide lightning candles in anticipation of the Pope’s declaration in 1854. However, this celebration has many cultural comparisons and crossovers with other traditions, including:

The Day of the Little Candles is of huge cultural significance in Colombia. Anyone considering a move to the country will want to know exactly what happens on this important date.

What activities happen for the Day of Little Candles?

At sunset on December 7th, millions of households across Colombia and Colombian families around the world light little candles, or sometimes paper lanterns, and place them everywhere. You will find candles and lanterns hanging from every home, in windows, on balconies and in the street. The whole country lights up in honour of the Virgin Mary and her purity as the mother of God.

There are many popular traditions related to the special occasion, including making a wish for every candle you light. This allows the season of goodwill to begin positively as the Christmas celebrations draw closer. In different areas of Colombia, different celebrations take place, and we’ve looked into just a few of the traditions from different regions:

The Colombian capital likes to show off how much this celebration matters to its people. A huge event is always organised for families and friends to get together, and there is almost always a series of performances, including a magic show and, of course, a fireworks display.

Quimbaya is in the West of Colombia, and it holds an annual Candles and Lanterns Festival. This fun competition pits neighbours against neighbours as they work to create the most stunning and spectacular lighting display. Quimbaya is a fine example of how Little Candles Day has become a secular celebration of cultural significance beyond its religious beginnings.

The Caribbean region of Colombia sets itself apart from the rest by lighting its candles in the early hours of December 8th rather than the night before. Cities such as Santa Marta and Cartagena sit at the heart of this region.

Whether travelling to Colombia for an adventure or considering a permanent move, it is important to understand and embrace local cultures. Understanding and appreciating other cultures and their festivals is as vital as recognizing and understanding their currency, climate and geography before visiting and beginning to explore.