All you need to know about Currency in Thailand 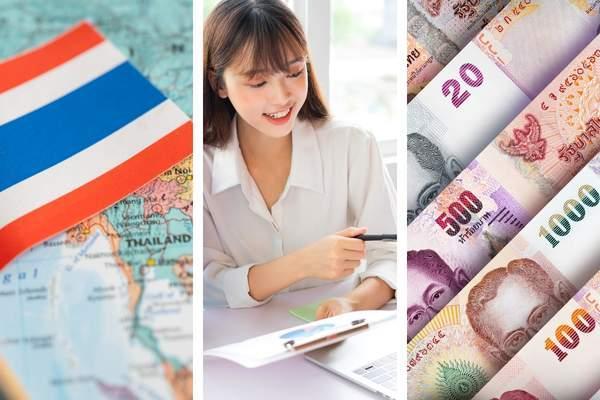 Thailand is a hugely popular tourist destination in the centre of the mainland of Southeast Asia. It is fully in the tropics and a fascinating centre of a wide range of different ecosystems. Thailand has been recognized for its significant economic progress in the 20th and 21st centuries but, unfortunately, hasn’t fared too well in the wake of the Coronavirus pandemic.

Whether you’re interested in travelling in Thailand or from a Thai background, finding out more about what makes the country tick is a great idea. Beginning with the currency sets you up well for exploring a wealth of information.

How is the Thai Baht recognized?

The history of the Thai Baht

The history of Thai currency goes back many centuries, with the creation of a medium of exchange used before the 1st century. The first recognized Thai currency was known as the Tical. This was used in English text on Thai banknotes until 1925. The word baht had been used by Thai people since the 19th century but was not officially used on banknotes until much later. It officially became the currency of Thailand in 1897 but was in use before this time.

The Thai baht has had a difficult time of late. It was considered one of the best-performing currencies in 2018 and was also one of the most frequently used world payment currencies. Unfortunately, it has been hit hard by the impact of COVID-19. It has been steadily falling since and is considered one of the lowest-performing currencies in the Southeast Asian region. It has recently been showing some signs of picking up, but progress is slow.

Thailand is a country reliant upon tourism and the influx of tourists spending and using their money. The lack of international tourism due to COVID-19 has severely impacted the Thai economy, which has had a knock-on effect on the currency.

The Thai baht used to be pegged to US dollars until 1997. This rate was set from 1 US dollar to 25 Baht. The baht was eventually floated after the Asian Financial Crisis in 1997. This has resulted in a loss in value and more fluctuation in the currency’s exchange rate.

When considering sending money to Thailand or exchanging dollars or other currency for baht, is it important to have an understanding of exchange rates. This can help you decide the best time to make your exchange and convert your currency

In 2022, the average exchange rate between the Thai baht and US dollar is around 1 TBN to 0.03 USD. This figure hasn’t changed dramatically in recent months, though there is hope for more recovery for the Thai currency.

Thai Baht and Other Local Currencies

It can be concerning that the Thai currency is not bouncing back as it has before, but it’s still possible to find a good time to get the best exchange rate and ensure any money you send to Thailand is worth as much as possible. Improving your understanding of exchange rates can also help you decide where to travel on your next adventure. You may opt for Thailand or another nation to begin your travels.

How to send money to Thailand

Sending money to Thailand is straightforward when using our international money transfer service at Small World.

You can send money to Thailand using our direct bank transfer service. Bank deposit is a quick and effective method of money transfer, ensuring you can get cash directly to Thailand, often in a matter of minutes.