When is Ghana’s Independence Day? 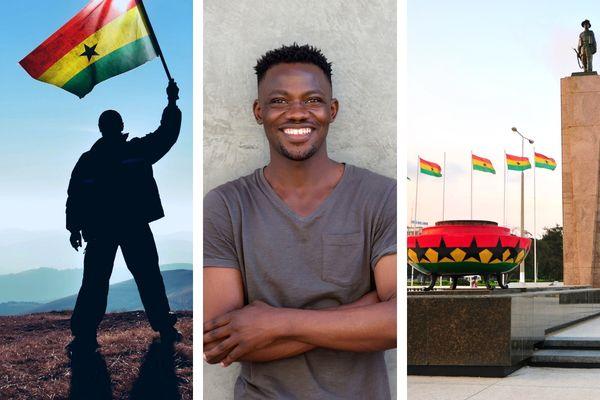 National Independence Day in Ghana is a significant day in the Ghanaian calendar every year. It is a chance for people across Ghana to remember and celebrate the creation of their independent nation. It is a day full of pride and emotion.

Families and friends come together to mark the occasion with food, music, parties and traditional ceremonies. Parades fill the streets and squares of cities like Accra, Takoradi, Tamale and Kumasi.

Every year, Independence Day is an opportunity for the people of Ghana to gather, commemorate the anniversary of the country’s independence from British colonial rule and remember their shared history.

When is Ghana’s Independence Day?

Ghana’s independence day happens every year on the 6th of March. The day is marked as an official national and public holiday. Indeed, many Ghanaians have the day off work.

Ghanaians, and those within the Ghanaian diaspora living abroad, take the day to appreciate the history of the country. They celebrate the Heroes of Ghana who helped the country achieve independence from Britain in 1957. Flags are flown throughout the country and the national colours are featured in homes, shops and public places.

Why is National Independence Day Celebrated in Ghana?

After the Second World War the strength of Britain’s colonies around the world began to weaken. This was particularly true in Ghana, where a strong anti-colonial atmosphere had been building for years. Pan-African nationalism gained momentum and local Ghanaian politicians decided to rebel against the British Empire.

In 1947, at the United Gold Coast Convention, there were increasingly loud calls for freedom from colonial rule. A few years later Osagyefo Kwame Nkrumah lead the United Gold Coast government as their first Prime Minister. Nkrumah served for 5 years as Prime Minister before Ghana became the first country in sub-Saharan Africa to gain independence.

All these years later national independence day continues to be celebrated because it was a vitally important movement in the history of the country. Finally, Ghana was able to be a self-governing nation and forge a future independent of the British Empire.

On 6 March 1957 Prime Minister Nkrumah spoke to the people of Ghana about their freedom. On that day he exclaimed that, "the African People are capable of managing their own affairs and Ghana, our beloved country, is free forever." In 1960 Kwame Nkrumah left the office of the Prime Minister to become the President of Ghana.

So, now you know a bit about the politics and history of National Independence Day in Ghana, what about the actual celebrations?

Some of the key independence Day traditions in Ghana include military parades, street festivals, and large family gatherings. Here are a few of the ways Ghanian citizens and immigrants mark the day:

The Ghanaian flag is a source of enormous pride for many Ghanaians. On Independence Day you will see more Ghanaian flags on show than at any other time of year. The flag is a symbol of Ghana’s struggle for freedom with the red representing the freedom fights, the gold symbolising the gold coast of Ghana, the green representing the beautiful nature of the country and the black star symbolising the hard-won freedom.

The parades are the most public and visible opportunity for the Ghanaian people to remember their history and recognise the efforts of those who fought to secure their independence.

Independence Day is a great occasion for Ghanaian families to get together, remember their shared heritage, eat delicious food and celebrate. It is a chance for families to spend some quality time together and listen to good music. As people travel to parades and show off their flags on the street, Independence Day also presents an opportunity for Ghanaians to connect with other families and people within their community.

If you’re thinking about travelling to Ghana for National Independence Day you should be aware that your experience is likely to be affected by the celebrations. It is a national holiday and therefore most shops and offices will be closed. If you are in Kumasi, Accra or Tamale in particular there will be travel disruption, road closures and delays on public transportation.

What is the best way to send money to Ghana?

Small World is a leading money transfer service created to help you and millions of others send money internationally. If you want to support your family and friends so they can celebrate Ghana’s Independence Day, then Small World has got you covered.

Our money transfer services to Ghana include Mobile Wallet, Airtime top-up, Cash Pickup and Bank Deposit. With this service you can easily, securely and quickly send money overseas without any hassle.

Our local bank partners in Ghana include CBG, Airtel Tigo, Zeepay, MTN, Tigo, Airtel, Vodafone and many more. Our strong connections with bank partners like these have helped us deliver a fast and reliable money transfer service to millions of customers. If you want to help your loved ones celebrate Ghanaian independence this year you can rely on Small World.