What is the currency of Uganda? 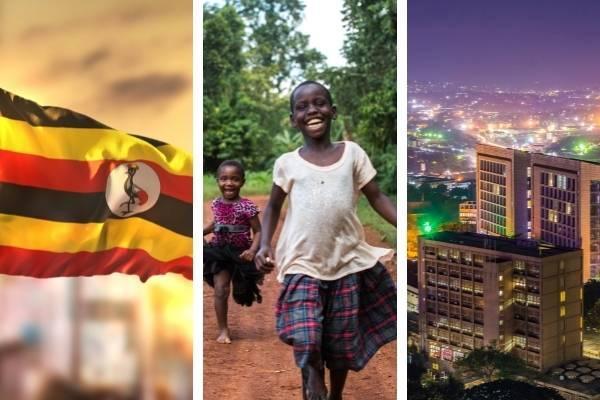 Are you interested in learning about Uganda? A good place to start is with the Ugandan currency which has had an interesting history ever since it was introduced in the 1960s.

A currency is a mark of a country's economic well-being and is also connected to a country’s national pride and culture. On coins and notes you will often see famous monuments and depictions of figures that have played a pivotal role in the nation's history. Uganda is no different. Its fascinating currency reveals a lot about the country.

So, what is the Ugandan currency called? What is the state of the currency today? What does it look like? And how does it compare to the currencies of other African nations?

In this blog we’ll explore the history of the Ugandan currency, how the currency is recognised today and how it relates to major currencies around the world.

The currency of Uganda

The currency of Uganda is the Ugandan shilling. The currency replaced the East African shilling in the 1960s. It is a free floating currency. The Bank of Uganda manages and controls the currency and as such is the only institution allowed to mint, distribute and destroy the currency.

How is the Ugandan shilling recognised?

The history of the Ugandan shilling

This is the Ugandan shilling that is present today. And in 2010, the Bank of Uganda began to circulate shilling banknotes with new depictions of the nation's history. These notes also had improved security features.

You can see the nation’s history displayed on the notes currently in circulation. The 1,000 shilling note depicts some agricultural scenes and symbols. Similarly, you can find illustrations of traditional Ugandan musical instruments on the 10,000 shilling notes. On the 5,000 shilling note are depictions of Lake Bunyonyi and the MV Kaawa Ferry on Lake Victoria.

Each Ugandan shilling note depicts something unique to Uganda, like the Bwindi tropical rainforest on the 50,000 shilling note. And each note has its own distinct colour too.

The exchange rate of a currency can reveal quite a lot about the state of a country's economy and their relationships with other countries around the world. It is worth comparing the Ugandan shilling to global currencies like the US dollar and the Euro as well as some currencies of neighbouring African nations like Kenya and Tanzania.

In 2021, the average exchange rate of the Ugandan shilling to USD is 3613 UGX to 1 US dollar. This exchange rate has remained relatively stable in recent years and is linked to the fact that the US dollar is used widely across Uganda.

Finally in 2021, the average exchange rate of the Euro to the Ugandan shilling is 1 EUR to 4342 UGX.

The ups and downs of a currency are linked to the economic activity of the country. Over the past twenty years Uganda has improved its economic outlook especially on a global level. As with many countries, the shock of the pandemic has halted economic progress and industries have had to adapt.

Agriculture, the main industry in Uganda, plays a huge role in the success of the country. 73% of the country’s labour force are engaged in some way in the Agriculture industry. However, other industries like steel and cement production have also created many jobs in recent years.

The country also hopes to have a thriving technological industry in the coming years. As more investment is put into technological infrastructure, we’re likely to see more app developers and tech innovators in the future. Hopefully, this will help Uganda’s economy compete on the global stage and contribute to a more thriving Ugandan currency.

How do I send money to Uganda?

So, we’ve explored the origins and development of the Ugandan currency. Knowing about the currency will help you if you send money to business partners or loved ones in Uganda.

Small World is an international money transfer service helping people all around the world remain financially flexible. You can send money to Uganda via bank deposit, mobile wallet or cash pickup. All transfers with Small World are quick, convenient and secure.