What is the currency of Poland? 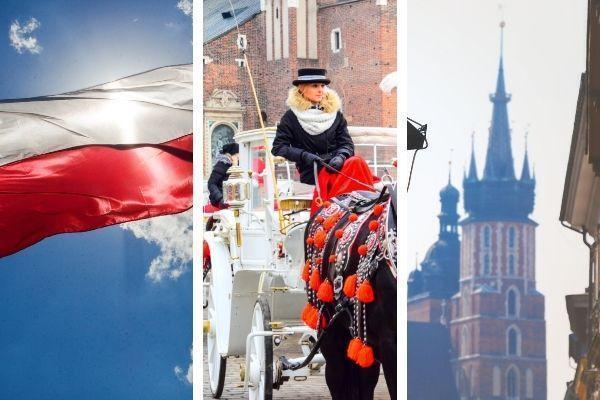 Poland is one of the largest and most important countries in Central Europe. Its economic history is long, complex and incredibly interesting. Today, Poland has one of the most diverse and exciting economies in Europe and the strength of its currency is testament to this.

So, what is the currency of Poland?

What is the local currency of Poland?

The local currency of Poland is the Polish złoty. The word złoty comes from the masculine form of the Polish word for ‘golden’. The currency was introduced to replace the Polish marka all the way back in 1919 and despite redenomination in the 1990s has become one of the most stable independent currencies in the region.

The Polish złoty is issued by the National Bank of Poland and is minted by Mennica Polska which was founded in Warsaw in 1766. In the 21st century the Polish złoty has grown to become one of the more significant currencies in Europe and today it continues to play a vital role in the promising growth of the Polish economy.

As a neighbour to Ukraine, Poland is set to play an important role for families and individuals fleeing war. The strength of their economy and currency will be key to the country's ability to provide support for refugees and the many Ukrainians in difficult circumstances during 2022 and the years to come.

How is the Polish złoty recognised?

The Polish złoty is recognised by the international currency code PLN and the currency sign zł. A Polish złoty can be subdivided into 100 grosz (gr).

The history of the Polish złoty

The current Polish złoty in circulation is the fourth of its kind. The term złoty has been used in the region since the 14th or 15th century. Indeed, the złoty coins were in circulation during the Napoleonic Wars. Over the subsequent centuries the first złoty continued to circulate until it was replaced by the rubel and then the krone in the late 1800s.

Between 1919 and 1924 the Polish marka was the official currency of the country but since then the złoty has reigned supreme. The second złoty arrived in 1924 and continued to circulate until 1950 when the third złoty (PLZ) was introduced, replacing all notes at a rate of 100 to 1. At the time bank assets were re-denominated in an attempt to stabilise the economy and return the country to prosperity after the devastating wars of the early twentieth-century.

Following the fall of communism in 1989 and a period of hyperinflation, the złoty needed to be redenominated again. This resulted in the fourth złoty (PLN) which is the currency still used today. The 1994 series of banknotes featured Polish monarchs and were printed by De La Rue in London until 1997 when PWPW in Warsaw took over production.

In more recent years, the notes have received additional security features to ensure the currency is modern and capable of existing in a digital financial world. Additionally, the President of the National Bank of Poland stated in 2021 that a 1000zł note is set to be introduced in the near future.

Looking to send money to Poland? If you are, it may help to compare the Polish złoty to other major currencies around the world and the currencies of neighbouring countries like Germany and the Czech Republic. This will allow you to understand more about the Polish economy, and then you can identify the best time to send money to your loved ones. So, let’s take a look…

Poland also has a close financial relationship with the Czech Republic. As a result it’s worth taking note of the average exchange rate between the two countries in 2022, which has been hovering around 1 PLN to 5.3 CZK throughout the year.

All of these exchange rates should provide you with a good understanding of the worth of the Polish złoty around the world. As you can see it is one of the most stable and reliable currencies in central and Eastern Europe. So, it helps to take note of these exchange rates if you are planning to travel, or if you are planning to send money overseas.

How can I transfer money to Poland?

It is easy to send money to Poland with Small World’s simple and effective money transfer service. Now that you know more about the Polish złoty it will be easier to know where your money is going and how much it is worth in Poland.

With Small World you can send money through a variety of services including bank deposit, and cash pickup. This will ensure that you can get your money in the hands of family and friends as quickly and securely as possible. So if you need to support your loved ones in Poland, choose Small World.