What is the currency of Peru? 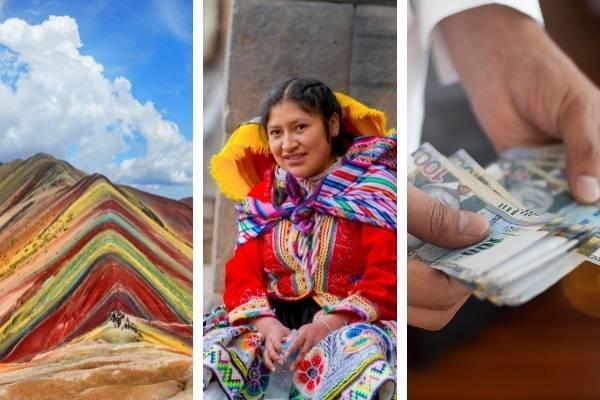 Peru, officially known as the Republic of Peru, is a country in western South America. Bordered by countries like Brazil, Chile and Ecuador, Peru is one of the most ecologically diverse countries in the world and is the third largest country in South America.

The region was home to a number of notable ancient cultures and some of the oldest civilizations in the Americas. Peru has been an independent country since 1879 and today has a population of around 34 million people.

What is the local currency of Peru?

The local currency of Peru is called the Peruvian sol. The currency is issued by the Central Reserve Bank of Peru and is minted by the Casa Nacional de Moneda.

The currency of Peru used to be called the Peruvian inti (Inti being the Sun God of the Incas). However, in 1991 a new currency was introduced and it was called the Nuevo Sol (“new sol”), later changed to simply the Peruvian sol in 2015.

The sol has been around in Peru in some form for many years. While it has been replaced various times since the 1860s it has always come back and today it is one of the stronger currencies in Latin America. The significance of the Peruvian sol has grown throughout the region in the last fifty years and it has played a vital role in the evolution of Peru’s economy.

How is the Peruvian Sol recognized?

The Peruvian sol is subdivided into 100 céntimos. While you can find 1 and 5 céntimos coins they are rarely used and have been discontinued despite still being legal tender. The 10, 20, 50 céntimos coins are still frequently used and are in current circulation. Other coins in circulation include the 1, 2, and 5 soles. The banknotes that are frequently used include the 10, 20, 50 and 100 soles notes. There is a 200 soles note but that is rarely used.

A new series of banknotes was issued back in 2021. The new green 10 soles notes feature María Isabel Granda y Larco, an iconic Peruvian composer and singer. While the new blue 100 soles notes feature Pedro Paulet, a diplomat and inventor, on one side and Marvelous spatuletail hummingbird on the other side.

The history of the Peruvian Sol

There were a number of different currencies used in Peru before, and after, the Peruvian sol was first introduced in 1863. From the 16th-19th century, the Spanish colonial real was used throughout the region. From 1822-1863 the Peruvian real was used. The real was initially worth only an eight of the common peso.

In 1863 the sol or sol de oro was first introduced. It was the currency of Peru until 1965. There was a short period when it was replaced during Chile’s occupation of the country but it was reintroduced in the 1930s. Then in the 1980s when the Peruvian economy was suffering from severe inflation and the country was going through economic struggles, the government decided to replace the sol with the Peruvian inti.

The inti was the currency of Peru between 1985 and 1991. At the time one inti was equivalent to 1,000 soles. New coins and banknotes were issued and the inti functioned well for a few years before succumbing to similar high inflation in 1990.

The sol made a return in 1991 and was introduced as the nuevo sol (now simply the Peruvian sol). Since 1991 the Peruvian sol has retained an inflation rate of around 1.5% which is the lowest ever in South America during this period.

The Peruvian sol has played an integral role in the growth of the Peruvian economy since the 1990s. The current soles in circulation are modern banknotes made with sophisticated printing and minting technology. Many of the notes feature prominent figures from Peruvian history such as Raúl Porras Barrenechea, who appears on the 20 soles notes, and Abraham Valdelomar, who appears on the 50 soles note.

Thinking of sending money to Peru? It helps to compare the Peruvian sol to other major currencies around the world and the currencies of neighboring countries. With that knowledge we can better understand how the Peruvian economy works and you can identify the best time to send money to Peru. So, let’s take a look…

The average exchange rate between the Brazilian real and the Peruvian sol during 2022 has been around 1 Pen to 1.3 BRL. On the other hand, the average exchange rate between the Argentine Peso and the Peruvian sol has been sitting around 1 PEN to 28 ARS during 2022. Comparisons to other currencies within South America help to show the relative fortunes of countries that are closely related when it comes to politics, economics and geography.

How can I transfer money to Peru?

It is easy to send money to Peru with Small World’s simple and effective money transfer service. Now that you know more about the Peruvian Sol it will be easier to know where your money is going and how much it is truly worth in Peru.

With Small World you can send money through a variety of services including bank deposit, cash pickup and cash card reload. So if you need to support your loved ones in Peru, choose Small World.