What is the currency of North Macedonia? 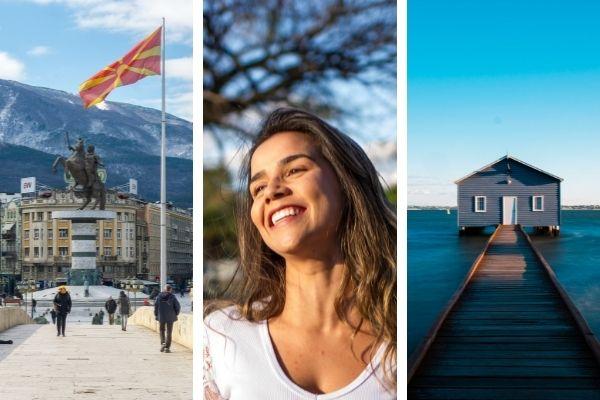 North Macedonia, known as Macedonia until 2019, is a small but historically significant country in Southeast Europe. The country gained independence in 1992 and is sandwiched on all sides by other European countries like Serbia to the north, Bulgaria to the east, Albania to the west and Greece to the south.

While the country is only comprised of around 1.8 million people, it is home to a diverse array of cultures and influences from many of the neighbouring nations. Indeed, while the majority of the country are ethnic Macedonians, around 25% are ethnically Albanian and there are also large communities of Serbs, Bosniaks and Turks throughout the country.

What is the local currency of North Macedonia?

Over the last few years, the Macedonian denar has grown significantly throughout the region and today it plays an important role in the developing economy of North Macedonia.

How is the Macedonian denar recognised?

The coins and notes of the Macedonian denar feature illustrations and depictions of several recognisable figures and buildings. For example, the new 2018 ‘Polymer Series’ of notes feature the Egyptian goddess Isis on the lilac 10 denari. And on the blue 50 denari you can see the Fresco in the church of St Pantelejmon, Nerezi on one side and the Archangel Gavril in the church of St. Gorgi, Kurbinovo on the other side.

The history of the Macedonian denar

The history of the Macedonian denar is not too long due to the fact that The Republic of Macedonia was only established in 1992. Indeed, the first Macedonian denar was a temporary currency introduced to establish financial independence from Yugoslavia.

As with many countries in southeast Europe the 90s was a somewhat chaotic period. Following the fall of the Berlin Wall in 1989 and the end of the Cold War many countries in Europe started to experience a new period of economic and political independence.

In late 1991 secret preparations began for Macedonia to introduce its own currency. It wasn’t until April 1992 that the country was ready to kickstart their monetary independence and bring in a new currency. On the 26th of April a brand new national bank was established and the Macedonian denar was made into the official currency of the country.

Within hours new notes entered circulation and the old Yugoslave dinar stopped being legal tender. This ‘First denar’ was used until 1993, when the Second (and current) denar was introduced. This Second denar introduced coin denominations of 50 deni, 1, 2, and 5 denari and was designed by Snezhana Atanasovska and Dimche Boshkoski. The fist denar was replaced at a rate of 100 to 1 by a new, official denar that had a proper set of coins and notes. This is the currency that is still used today.

How can I transfer money to North Macedonia?

It is easy to send money to North Macedonia with Small World’s simple and effective money transfer service. Now that you know more about the Macedonian denar it will be easier to know where your money is going and how much it is worth in North Macedonia.

With Small World you can send money through a variety of services including bank deposit, and cash pickup. This will ensure that you can get your money in the hands of family and friends as quickly and securely as possible. So if you need to support your loved ones in North Macedonia, choose Small World.