What is the currency of Moldova? 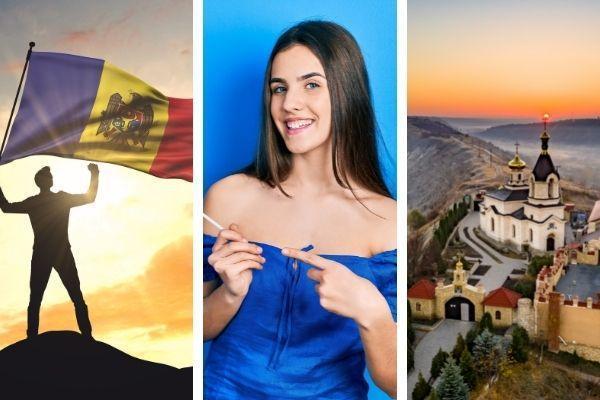 Moldova is a country in Eastern Europe that despite its relatively small size is home to a wonderfully varied and historic culture and peoples. It is bordered by Ukraine to the North, East and South, and by Romania to the West. Moldova is also a member state of the United Nations and the Council of Europe.

So, if you’re already excited to learn about Moldova, where’s a good place to start? Well, what about the local Moldovan currency?

If you want to travel to Moldova or if you want to send money to your loved ones based in Moldova, we bet you’ve got a few questions. Don’t worry, because we’ve got you covered. Learning a little about the currency of Moldova is a fantastic place to start. That's why in this blog we’ll be exploring everything you need to know about the currency of Moldova and its history over the years.

What is the local currency of Moldova?

The local currency of Moldova is the Moldovan leu. The Moldovan leu is subdivided into 100 bani, similar to the Romanian leu. Indeed the two currencies are closely related and share a common name: “leu”, which derives from a Romanian word which means “lion”.

The currency is issued by the National Bank of Moldova and is used throughout Moldova apart from within Transnistria (an unrecognised breakaway state that sits within the borders of Moldova). Like many other Easter European countries, the Russian ruble was the currency that used to be in circulation throughout the region. Today, the Moldovan leu plays a significant role in the independent economic health of the nation and is an important part of Moldova’s relationship with neighbours like Romania, Ukraine and Bulgaria.

How is the Moldovan leurecognised?

The Moldovan leu (or leu moldovenesc as it is known in Romanian) is recognised by the international currency code MDL and by the currency sign ‘L’. This is useful to know if you are looking for the Moldovan leu on any currency exchange boards.

The history of the Moldovan leu

The history of the Moldovan leu is relatively short. When Moldova was part of Romania and the Soviet Union it did not have its own unique local currency. Instead Moldova used the Romanian leu or the Russian ruble. After the Soviet Union collapsed a coupon currency system was established and for a while this was how Moldovan’s bought and traded goods and services.

Want to send money to Moldova? If that’s the case then it may help to compare the Moldovan leu to a number of other currencies around the world and the currencies of neighbouring countries like Romania. Learning more about exchange rates will allow you to understand how the Moldovan economy is performing. You will then be able to identify the best time to send money to your loved ones. So, let’s take a look…

In 2022, the average exchange rate of the Moldovan leu to the Euro has been around 1 EUR to 19 MDL. This can give you a good idea of how the power and value of major currencies like the Euro compare to smaller currencies like the leu. Nevertheless the relative stability in the exchange rate between the Euro and the Moldovan leu in recent years is testament to the promising economic prospects of the country.

Let’s take a look at the Moldovan leu compared to a currency of the same size. In 2022 the average exchange rate of the Moldovan leu to the Romanian leu has been hovering around 1 RON to 4 MDL. The value of the two currencies is quite similar but it also shows how far Moldova still has to go if it wants to become the economic jewel of Eastern Europe.

How can I transfer money to Moldova?

It is quick and simple to send money to Moldova with Small World’s easy and secure money transfer service. Now that you know more about the Moldovan leu it will be easier to know where your money is going and how much it is worth in Moldova.

With Small World you can transfer funds through a variety of services. For example, if you want to send money to Moldova you can do so with our reliable cash pickup service. Then you can get your money in the hands of family and friends as quickly and securely as possible. So if you need to support your loved ones in Moldova, choose Small World.