What is the currency in Romania? 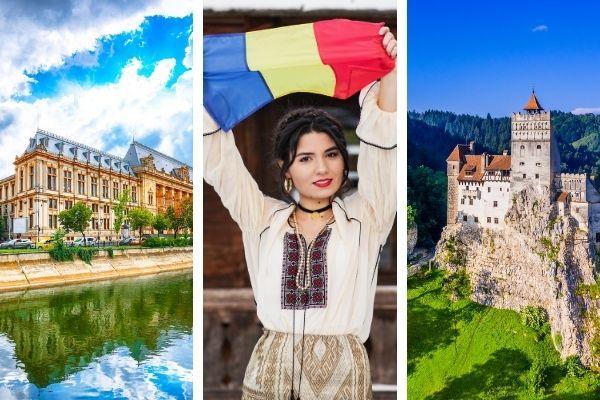 Romania is a fascinating country located in the heart of Central and Eastern Europe. It borders Ukraine to the north, Hungary to the west, Moldova to the east and Serbia to the southwest.

Romania is home to around 20 million people and is the sixth-most populous member state of the EU. Despite being in the EU, Romania does not use the Euro and instead has its own unique, local currency. So, what is the currency of Romania?

What is the local currency of Romanian currency?

The Romanian leu is issued by the National Bank of Romania and is minted by Monetaria Statului. In recent years the Romanian leu has grown in prominence throughout the region despite its relatively small impact on the international stage.

As a neighbour to Ukraine, Romania may be set to play an important role for families and individuals fleeing war in the coming years. The improving state of their economy and currency will be an integral part of the country's ability to provide support for refugees.

How the Romanian leuis recognised

The Romanian leu is recognised by the international currency code RON and the currency sign ‘L’ and by the numeric code 946. The plural of ‘leu’ is ‘lei’. Like many other currencies the Romanian leu can be subdivided. It is subdivided into 100 bani. ‘Ban’ is a Romanian word that means “money”.

The Romanian leu comes in both coins and banknotes. The frequently used coins include the 5, 10 and 50 bani. A 1 ban coin exists but it is rarely used due to its low value. The banknotes in circulation include the 1, 5, 10, 50 and 100 lei. 200 and 500 lei banknotes exist but, like the 1 ban coin, are rarely used in everyday financial transactions. It is a currency that is only used within Romania. Indeed many of Romania's geographic and political neighbours use the Euro and have given up their local currency long ago.

The history of the Romanian leu

The current Romanian leu is the fourth of its kind. The first leu was used in 1867. Over the years it has gone through several evolutions and re-denominations to become what it is today.

In 2005 the third leu was revalued and a new leu was introduced at a rate of 10,000 old lei (ROL) to one new leu (RON). The change was meant to bring the Romanian currency in line with the other western currencies in Europe and improve the country's economic fortunes.

Despite this revaluation, the coins in circulation still remain relatively plain and do not feature many decorative illustrations. The banknotes were manufactured to be of a similar size to Euro banknotes to help ease the transition to the Euro in the coming years. In 2021, the 20 lei banknote was introduced by the National Bank of Romania.

All of these exchange rates should provide you with a good understanding of the worth of the Romanian leu around the world. As you can see it is one of the more interesting and historic currencies in central and Eastern Europe. It helps to take note of these exchange rates if you are planning to travel, or if you are planning to send money overseas to your family and friends.

How can I transfer money to Romania?

It is quick and simple to send money to Romania with Small World’s secure and effective money transfer service. Now that you know more about the Romanian leu it will be easier to know where your money is going and how much it is worth in Romania.

With Small World you can send money through a variety of services including home delivery, bank deposit, and cash pickup. This will ensure that you can get your money in the hands of family and friends as quickly and securely as possible. So if you need to support your loved ones in Romania, choose Small World.