What are the top immigrant cities in the US? 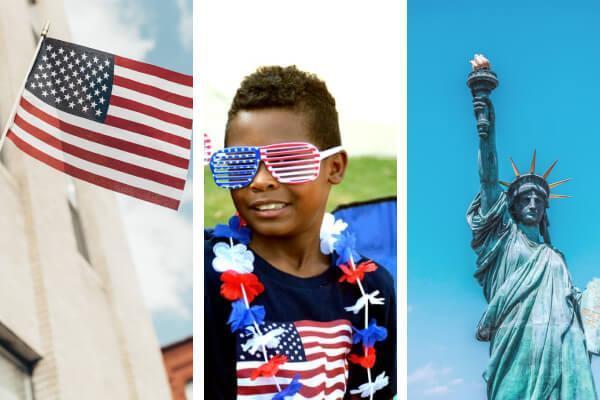 The United States is a country shaped by immigrants. Many of the largest cities in the US have thriving immigrant populations.

From Miami to San Francisco, and from Austin to New York, there are plenty of opportunities for immigrants to succeed. The best states for immigrants like California, Florida, Michigan and Texas are similar in many ways while each having their own distinct characteristics.

Let’s take a look at the top immigrant cities in the US and explore what has made them so popular.

Best cities for immigrants in the US

New York is arguably the most famous city in the world. It is also one of the top immigrant cities in the whole country. New York is home to 3.1 million immigrants. This population is spread throughout the city in boroughs like Queens, Brooklyn and neighborhoods like Washington Heights in Manhattan.

There is a fantastic history of immigrant success in New York in fields of politics, science and art. Today it is still a great city for immigrants to live in. The iconic city offers many opportunities to find work whatever your career aspirations might be.

The main hindrance to immigrants is the high average cost of living. The popularity of the city has its downside when it comes to real estate. Even for a main city New York is pricey. In fact it is 11.87% more expensive to live in New York than it is to live in London. But for many, the cost of living is worth it because there is no city in the world like New York.

On the other side of the United States is the sprawling city of Los Angeles. California is an enormous state that has many cities with large immigrant populations. Los Angeles is one of the most significant immigrant cities and it has a global reputation that will keep on drawing in hopeful immigrants. “California has sizable populations of immigrants from dozens of countries; the leading countries of origin are Mexico (3.9 million), the Philippines (859,000), China (796,000), Vietnam (539,000), and India (513,000)”.

In 2020, 120,000 young people in L.A. County became eligible to vote for the first time. Of that group, 60% had at least one immigrant parent. Just like Miami, the city of Los Angeles has been molded and transformed by immigrants. It is a great place for immigrants who have an entrepreneurial spirit or are looking to break into the entertainment industry. The city is a testament to the idea that the US is the land of dreams.

Chicago is another major city that has attracted immigrants from all over the world. More than one in six workers in Illinois is an immigrant and nearly a third of all business owners in the Chicago metro area are immigrants. The city has a thriving immigrant culture and presents many opportunities for working immigrants.

In particular there has been a growing population of immigrants from Togo settling in Chicago. Around 50,000 West African immigrants have made Chicago their home. The art, the culture, the music and the food makes Chicago one of the top immigrant cities in the US.

Jersey City sits on the East Coast and is one of the best places for immigrants to live in the US. The city is known for its commitment to working with migrant organizations to promote equal access, education and representation.

In 2019, Jersey City ranked 3rd, in a study of U.S. cities for integrating immigrants. There is a long history of Italian immigration to New Jersey and it is a city that has also become a home for immigrants from all over the world. In 2017, 28.8% of the population was Latino and Hispanic American and there has been a modest growth in African and South American immigrants in recent years too.

Detroit: the Motor City and the birthplace of Motown. It is the largest city in the state of Michigan and it has a significant immigrant population. Foreign-born workers have been integral to the growth of the city. And the culture has been informed by the mixing of immigrant peoples from all around the globe. The most common birthplace for foreign-born residents of Michigan was Mexico, followed by India and then Iraq.

Like New York, it is a city that doesn't suffer fools gladly. But once you become more familiar with the city you will find that it is a city that embraces its immigrant heritage and population. Icons of music like Stevie Wonder, Eminem and Aretha Franklin all hail from Detroit and their stories are testament to the can-do attitude of the city.

For immigrants that don’t want to live on the East or West coast, Austin,Texas has proved to be a popular destination. The city has experienced a rapid economic, social and cultural growth in the last twenty years and has a long immigrant history.

14% of the population of Austin are immigrants and they form part of the backbone of the economy. It’s proximity to Mexico and its swiftly developing metropolis makes it an attractive place for immigrants to live. However, its growing status on the national stage also makes it one of the more expensive cities to live in too.

San Francisco is a city where immigrants can succeed. Over 39% of immigrants in San Francisco had a bachelor’s degree or higher in 2017. The city is a great place to receive a world class education and also has many opportunities for small business.

The legal and civic support for the migrant community is also strong. Whether through good funding or enthusiastic participation, immigrants in San Francisco have access to better opportunities than in many other cities in the United States. It is an immigrant rich and accepting region that prides itself on looking to the future.

About 283,000 immigrants live in San Francisco – accounting for 35% of the population. And 9% of the immigrant population are from the Philippines. California is one of the most immigrant friendly states. And if you’re not interested in San Francisco and Los Angeles don’t worry because you still have San Jose, San Diego and Sacramento to explore.

There are plenty of cities for immigrants to explore in the United States. For hundreds of years, immigrants have been settling all over the states and have helped to build the country into what it is today.

At Small World we are proud to be able to support immigrants from over 90 countries. Our money transfer service helps people send and receive money safely and quickly.

Our service has helped people make a start in a new country and send money home to their family. If you need a fast and reliable way to transfer money internationally, you’ve come to the right place.

We believe in our service so all new customers will get their first transfer online free of charge!

Send Money from the U.S.