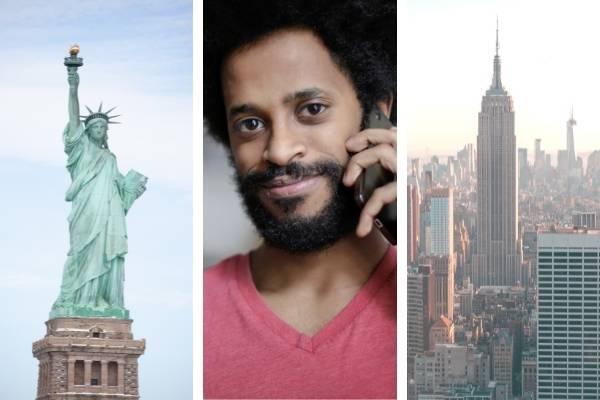 In this post we’ll be highlighting a number of topics to help you learn a bit more about immigration from the Dominican Republic to the United States:

History of Dominican Immigration to the U.S.

According to the most recent census, there are just over 2 million people of Dominican descent in the United States. The history of Dominican migration to what is now known as the U.S. began in 1613 when sailor and merchant Juan Rodriguez traveled from Santo Domingo to Manhattan. Since then hundreds of thousands of Dominicans have made the journey to the U.S, especially during the 19th and 20th centuries.

Most recently, a large population of Dominicans emigrated to the United States in the 1960s and 1970s following the fall of the Trujilo regime in the Dominican Republic. Many Dominican immigrants decided to settle in New York. For years there has been a thriving community of Dominican-Americans in areas like Washington Heights and Queens.

Little Dominican Republic, the center of Dominican-American culture, food, music, and politics in New York, can be found in Washington Heights. There are nearly 900,000 Dominican Americans in New York, which is over 4% of the entire New York population.

Dominican American businesses are present all over New York in places like Uniondale, Freeport, Washington Heights, Yonkers, Haverstraw and Newburg. Restaurants, stores and clubs that fly the flag of the Dominican Republic are visible throughout the neighborhoods and a great reminder of the impact Dominicans have had on the culture of New York, especially in the last fifty years.

There are a number of notable U.S. Dominicans who have made their name through sport, acting, and politics.

Mayte Michelle Rodriguez is a well known actor known for appearing in the Fast & Furious franchise, Lost and James Cameron’s Avatar. She was born in Texas to a Dominican mother and a Puerto Rican father who served in the U.S. Army.

During her childhood she lived in the Dominican Republic with her mother for a few years before moving to Puerto Rico until she was 17, and finally settling in Jersey City, New Jersey.

She attended business school for a while before quitting to start a career in acting. Since the early 2000s she has forged a successful acting career in Hollywood, starring in some of the most successful TV shows and films of all time.

He was born in Santo Domingo and came to the U.S. to play baseball. He was only 17 when he was signed by the Seattle Mariners. Over twenty seasons he developed into an iconic designated hitter and first baseman. Today he is known as one of the greatest clutch hitters to ever play in the MLB and is the all-time leading home scorer among designated hitters.

Joel Armogasto Martinez is professionally known as The Kid Mero. He is a Dominican-American writer, comedian and online personality who rose to prominence through his Complex TV podcast Desus vs. Mero.

He was born in Washington Heights after his family had emigrated from the Dominican Republic. During his teenage years he started to gain an interest in comedy. After attending college he started writing for Vice’s music platform Noisey and then started to build a career in music and comedy online alongside fellow Bronx native Desus Nice.

Adriano de Jesús Espaillat Cabral is a politician and a member of the U.S. House of Representatives from New York. He is well known for being the first former undocumented immigrant to serve Congress.

He was born in Santiago, Dominican Republic and moved to the U.S. with his family in 1964. Espaillat grew up in Washington Heights and went on to earn a degree in political science at Queens College. After a lengthy career in public service he was elected to the U.S. House of Representatives in 2016 and became the first Dominican-American member of Congress.

Remittance from the U.S. to the Dominican Republic

Perhaps even more significantly, remittances from the U.S. to the Dominican Republic have also been substantial in recent years. This is testament to both the growing communities of Dominican-American communities across the U.S. and the ease with which you can now send money back and forth from the U.S. online.

Many Dominicans based in the U.S. are living in better circumstances than they would be if they lived in the Dominican Republic and can therefore afford to send money home to support family and friends. The thriving communities of Dominicans in places like New York have helped to improve the social and economic lives of second and third generation Dominican Americans. Furthermore, as a result of the strength of the U.S. dollar compared to the Dominican peso the money sent home is able to go further and provide greater support.

If you’re based in one of our licensed states in the United States and you want to send money home to your loved ones in the Dominican Republic, you can use Small World.

Small World is an international money transfer service that helps millions send funds overseas. If you need to send money to the Dominican Republic you could do this easily via Cash Pickup, Bank Deposit, Home Delivery or Airtime Top-Up.

So, whether you prefer to send funds via airtime top-up or bank deposit, Small World is here for you.

Send money to the Dominican Republic