The Best Movies Ever Made About Money 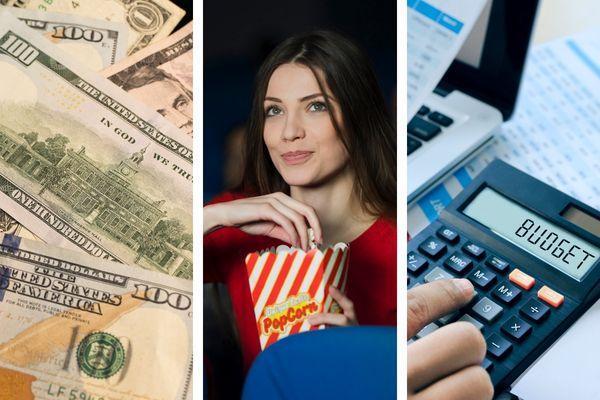 Making money, losing money and finding ways to manage on little money are all features of everyday life, and that’s why it’s such a popular theme for Hollywood and other filmmakers. Movies about money capture our attention. They give us the chance to watch characters from all walks of life make and lose their fortunes and find the true meaning of money and its value in society. There have been hundreds of films made with money at their centre, but we’re just looking at some of the very best, including:

Perhaps the most famous film set in the investment centre of the world, Wall Street, follows Michael Douglas as Gordon Gekko. Gekko is unscrupulous, obsessed with money and greedy beyond measure. He embodies all the characteristics of the stereotypical stock trader. He also takes things to the extreme and typifies stock traders at the darker end of the scale who are not afraid to act fraudulently to make as much money as possible. The film gained a reputation as the epitome of excess, wealth and power in the 1980s and saw many people inspired to become stock traders.

The Pursuit of Happyness shows how money and happiness can seem closely linked, but in reality, there is much more to happiness and contentment than simply being rich. The plot follows Chris Gardner (Will Smith) as a poor single dad who cannot provide the basic necessities for his son. The emotional storyline sees Gardner and his son (played by Will Smith’s real son, Jaden) struggle with homelessness but slowly things improve. The Pursuit of Happyness is based on the true life experiences of Chris Gardner, a businessman who went on to form a multimillion dollar brokerage firm despite his shaky beginnings.

Winning a fantastic eight Oscars, Slumdog Millionaire is a classic rags to riches story with a quirky and intelligent twist. The film follows Jamal Malik (Dev Patel), an 18-year-old from Mumbai who becomes a contestant on the Indian version of Who Wants to be a Millionaire. He unexpectedly gets his questions correct throughout the show, resulting in interrogation and accusations of cheating. Flashbacks show how Jamal has picked up the knowledge through events in his life and tells an amazing story about how money can’t buy you everything, including intelligence and wit.

Pixar’s Up is not only heart-warming and emotional, it teaches some great lessons about money and budgeting. As we watch Carl and Ellie build their lives together their money jar becomes a central feature in their lives. While they plan to move to their dream home in paradise, their money jar actually helps them through many tougher times, with their savings used for medical expenses, unexpected repairs and the day-to-day living we’re all used to. The realness of Carl and Ellie’s struggles makes us warm to them even more.

Margin Call looks closely at one 24-hour period at a Wall Street investment bank at the time of the 2007-2008 financial crisis. The film is set at the very beginning of the crisis. It highlights the greed, fraud and criminality that was at the heart of many Wall Street companies and how this in turn, led to the overall collapse of the American economy. The movie sparked interest in fraud on Wall Street, and many companies were discovered to act without morals and continue to sell worthless assets due to their greed.

Probably one of the best known and best loved films about Wall Street, The Wolf of Wall Street is based on Jordan Belfort’s autobiography of the same name. Belfort is played expertly by Leonardo DiCaprio, and the plot sees him scam and cheat his way to the top, earning himself millions of dollars in the process. The infamous greed that Wall Street has been known for has a much darker side when you see the extent of Belfort’s scams. It’s a must watch film for understanding this more sinister side of the financial world.

The Big Short is another movie that focuses on the financial crisis of 2007-2008. While the experiences of this time are still raw for many of us, this film is a must-watch. Starring Christian Bale, Ryan Gosling, Brad Pitt and Steve Carell, the movie follows the experiences of hedge fund manager Michael Burry. Burry manages to predict the collapse of the housing market in America and manages to make a fortune in doing so.

As the name suggests, The Tinder Swindler focuses on the actions of a fraudster who cheated women out of millions using the dating app Tinder. This documentary film looks at how Israeli conman Simon Leviev posed as a wealthy diamond mogul and used his charm to woo women and con them out of their cash. The movie looks at how he managed his scams and also gave valuable insights to viewers so they can avoid the same happening to them in the future.

Does Money Make the World Go Round?

These Doesmovies all show how money can make or break a person. They also highlight how there are many more important things in life, including friends, family and happiness.