Knowing More about Leeds, the Third Largest City in the United Kingdom 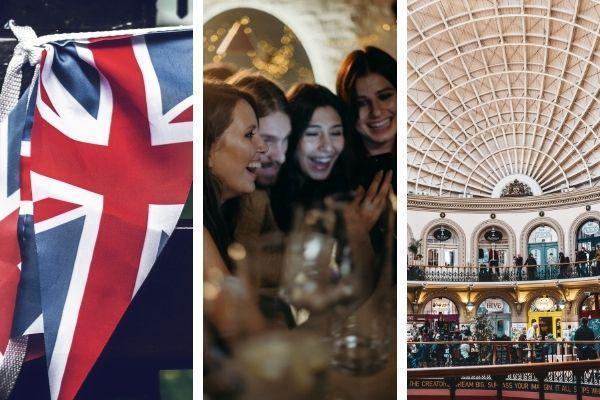 After London and Birmingham, the third-largest city in the United Kingdom is Leeds. It is a city located in the northern county of Yorkshire and is the largest city in West Yorkshire. Leeds is rich with culture and history and has much to offer visitors and people hoping to settle down within the city.

From the famous University of Leeds to hundreds of other attractions, including the world renowned cricket ground, the city has many wonders to explore. If you want to know the city’s history, visit the Leeds City Museum. And if you are curious about art visit the famous Henry Moore Institute. There is so much to explore in Leeds that you’ll have to stay awhile to truly discover the essence of the city.

In this blog you’ll learn some key things you need to know about Leeds before visiting. So, let’s get started!

How many people live in Leeds?

Leeds, with a population of approximately 790,000, is the third-largest city in the UK after London and Birmingham. The population of the whole of the West Yorkshire Urban Area is estimated to be around 1.8 million.

Leeds has been a large metropolitan area for a long time but in the last twenty years the city has evolved into a bustling economic centre in the UK. More and more people are moving to Leeds for jobs, family and the beauty of the Yorkshire landscape. The next biggest cities in the UK include Glasgow (616,000), Sheffield (530,00) and Liverpool (467,000).

Why is Leeds a great city?

West Yorkshire is rated as one of the most beautiful places in the UK. And Leeds, the largest city in Yorkshire, is home to many of the important structures, natural wonders, beautiful parks, and many other beauty spots that have attracted so many people to this part of the world over the years.

It is not the biggest city in the world, but it is a place with a strong identity and a diverse population. Leeds has a strong professional community and a number of cultural destinations. Indeed, the city has everything a person could hope for: education, culture, history, music, arts, sport and a great nightlife...

Leeds is considered by many to be one of the hidden treasures of the United Kingdom. It might not garner as much attention as London, Manchester or Liverpool, but Leeds plays a huge role in the fortunes of the UK. The city is considered to be the second-largest financial hub in the country and continues to prosper as the city's population expands.

Should you visit Leeds?

Now you know a bit more about Leeds you may be considering what it’s like to really live there. Whether you’re in Leeds for a holiday or want to move to the city for good, the city has plenty to offer.

Leeds is the envy of many other cities around the UK. The rich history, the fantastic infrastructure, the lively sporting, musical and artistic culture ensures that Leeds is always a great place to visit.

There is so much to see and do: you can enjoy great restaurants, wander through excellent shopping malls, explore a number of historical sites, and visit breathtaking scenic areas.

Yorkshire has some of the most stunning sites to offer in the entire United Kingdom. Leeds is the third most populous city in the UK for a good reason. Lots of people call Leeds home and even more people want to live there. You may already have family and friends who live in Leeds. If you need to send money to family and friends you could see it easily and securely with Small World’s money transfer services.

send money to the united kingdom