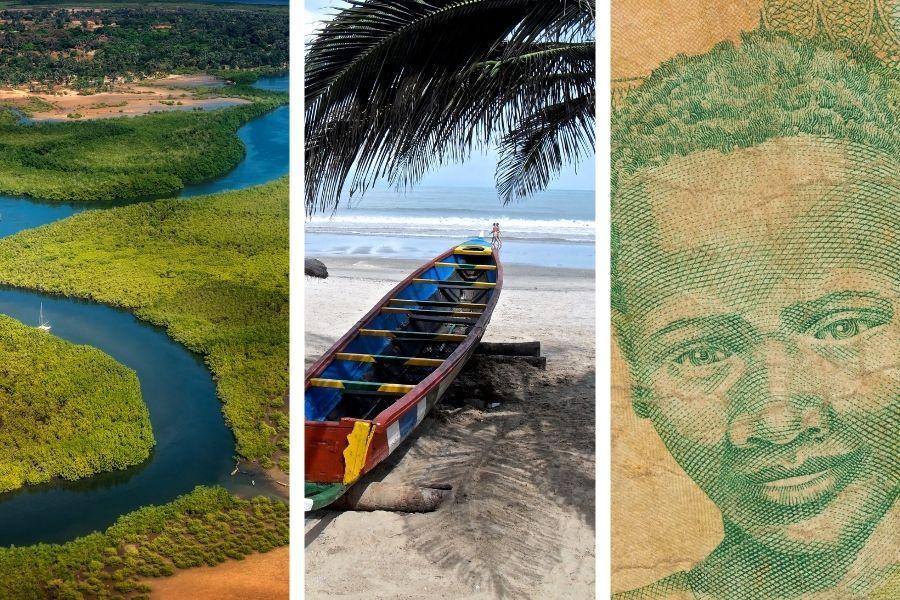 The Republic of the Gambia is the smallest country in mainland Africa. Yet, it has one of the continent's richest histories. The culture, food, music and art of the country are varied and vibrant. And there is so much to explore in every region of the country.

If you have family, friends or loved ones in Gambia you may already know a bit about the culture. But we think there is plenty to learn and love about Gambia and there are so many curious facts that you may not know.

In this blog we will be exploring the traditions and culture of Gambia so that you can learn more about this wonderful country and what makes it so unique.

Traditions of the Gambian People

There is a long history of spiritual and religious traditions in the Gambia. The country is over 90% Muslim yet there is also a strong historical tribal culture from which many of the Gambian traditions derive.

For example, in some tribes Gambians are told to ignore the sound of someone shouting their name late at night. Some consider these late-night calls to be from evil spirits. There are also many sacred sites like the Tanoboase Sacred Grove and Shrine or the Kachikally Crocodile Pool throughout the Gambia that people visit at particular times of the year or for particular reasons.

How do the Gambian people dress?

As with the languages and the music, the fashion of the Gambian people is colourful and diverse. Often you'll see people wearing long free flowing clothes in vibrant colours. Women sometimes wear a grandmuba, which is an ankle-long dress with sleeves and an undergarment. These kinds of traditional dresses come in all kinds of colours and patterns.

Alongside the more traditional clothing, the Gambian people also dress in western-style suits and dresses when doing business. However, these more western-style clothes will usually have some sort of unique Gambian flare and design. The Gambian people dress to impress but also wear clothes appropriate for the hot and humid climate.

The Gambia has a unique voting system. When it comes time to elect a new president, the Gambian people use marbles, instead of a ballot paper, to vote.

The marble system was introduced in the 1960s because it was a way of ensuring that ‘everyone had their say in a country with very high illiteracy rates.’(DW)

There have been calls to get rid of the traditional practice. After the election in 2016 there was a fierce debate about whether the Gambia should continue to use marbles. It was agreed that the electoral system is too complicated for marbles and that the election taking place in 2021 will use ballot papers instead.

In the heart of Bakua there is a special place, a place where crocodiles live and are treated with the utmost respect. This is the sacred Kachikally Crocodile Pool.

The pool is one of the most popular and important tourist spots in all of the Gambia. The exact number of crocodiles that reside in and around the pool are unknown but it is estimated to be around 80 crocodiles.

But these aren't like the crocodiles you’ll find in the zoo or in other rivers in Africa. The crocodiles of the sacred pool are known to be quite docile. They roam freely but visitors to the pool are allowed and encouraged to approach and touch the crocodiles.

Despite the small size of the country, the Gambia is home to a diverse wildlife. In particular there are over 500 different species of birds throughout the country. It is a bird watcher's paradise so bring your binoculars if you’re visiting!

If you are lucky you’ll be able to see the Blue-breasted Kingfisher, the Red-billed Hornbill or the African Paradise Flycatcher. One of the best bird watching areas along the 50 mile coastline of the Gambia, is around the Kotu Creek Bridge. It is a great place to see the variety of wonderfully colourful and vibrant birdlife that the Gambia has to offer.

Many people from Africa and beyond chose to visit Gambia for it’s wonderful natural beauty, the rich food and music culture and the beautiful beaches. However, tourism is not the sole supporter of Gambia’s economy.

Agriculture is the next biggest source of income. Around 80% of the Gambian population is employed in some way by the agricultural industry. The most valuable agricultural commodity is peanuts (groundnuts).

The planting, cultivating and harvesting of crops makes up the day-to-day of the majority of the population. As well as groundnuts, farmers grow subsistence crops such as yams, rice, lentils, tomatoes and cassava.

What language do Gambian people speak? The Gambia is a former British colony and as a result English is the official language. English is the designated language for schools and public offices but there are many other languages that are spoken throughout the Gambia.

Some of the most widely spoken languages include Mandinka, which is spoken by 38% of the population, Wolof, Soninke, Sarahole, Pulaar, Fula, Jola, Maninkakan and Mandjaque. The wonderful variety found in all these languages can be traced through the storied tribal history of the country.

There is music and delightful idiosyncrasies in all of these languages that are fascinating to delve into. If you are travelling to the Gambia in the near future it is ok if you can only speak English but it may also help to learn a few words or phrases in Mandinka, Wolof or Soninke.

Gambia is a fascinating country with a rich history and a culture full of wonderful food, music and art. Hopefully, by reading this blog you’ve learnt some things about Gambia that surprised you. Of course, there is so much more to learn about Gambia and the best way to do so is by experiencing it first hand.

Gambian people are some of the most welcoming and kind people in the world. When the risks of the pandemic are over we suggest you visit Gambia and see for yourself.

If you need to send money to friends or family in Gambia, Small World can help. We provide a money transfer service that is fast, secure and reliable.

We partner with a number of the top banks in Gambia to ensure that our services are accessible and easy to manage. Using Small World is the best way to transfer money overseas and support your loved ones in Gambia.

Your first transfer to Gambia is fee free when you register with Small World.