10 famous Gambians who have made it internationally 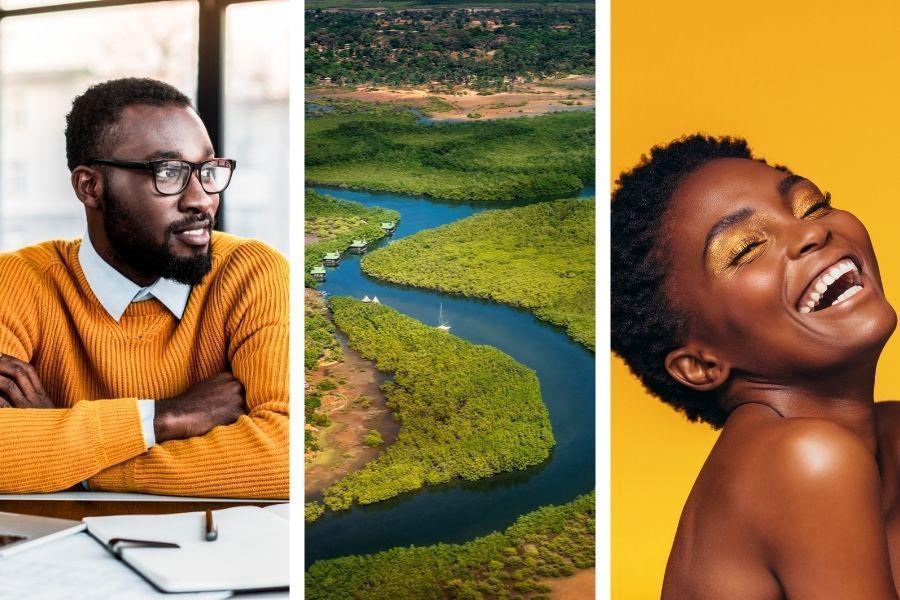 Gambia is known for its beautiful landscapes, delicious food and wonderful people. The country is full of people looking to be successful in their own country and also take their talents abroad.

Let’s take a look at some people in the Gambia who have excelled in their field and achieved worldwide recognition as a result.

Fatou Bensouda is a lawyer who is currently bringing war criminals to justice in the International Criminal Court (ICC). She has held the position of chief prosecutor at the ICC since 2012 and has gained recognition for her work in the international legal sphere.

In 2012, she was listed in Time magazine as one of the 100 most influential people in the world. Her expertise and drive has seen her rise to the top of the legal profession. She continues to exert influence on the international stage to this day and is one of the most famous Gambians in the world.

Jaha Dukureh is a human rights activist who was nominated for the Nobel Peace Prize in 2018. She is known for her work as an anti-female genital mutilation campaigner and a women’s rights activist.

In 2016, just like Bensouda four years before, Dukureh was named in Time magazine as one of the 100 most influential people in the world. She gained recognition for her courageous work to fight against FGM.

Her efforts resulted in the Gambia banning FGM and since then she has continued her work as an activist, public speaker and UN Goodwill Ambassador for Africa.

After playing for Atalanta B.C in 2018 and 2019 he went on loan to Bologna where he still plays his football now. Still only 22, Barrow has the potential to have a long and successful career at the highest level of professional football. Most Gambians will also be hoping that he plays well for the international team and helps them win the Africa Cup of Nations some time in the future.

Alhaji Momodo Njie known internationally as Biri Biri was a Gambian footballing great. He is one of the first names on the list because he was the first Gambian to play professional football overseas when he signed for Danish club B.1901 Nykobing FL all the way back in 1972.

He is well-loved in the Gambia and also in Spain where he spent five seasons playing for Sevilla. “Such was his impact at Sevilla that whenever he returned to the club the fans would still be singing his name and welcomed him with open arms.”(BBC).

Moudou Barrow has played football all over the world. Since his senior career began in 2010 he has played in Sweden for a number of clubs, in Wales for Swansea, in England for Blackburn Rovers and Leeds United, in Turkey for Denizlispor and now in South Korea for Korea Jeonbuk Hyundai Motors FC.

This varied career as an exceptional footballer has taken him around the world and has also made him an important player for his international team. He is one of the most famous Gambian football players and as his club career shows he has made it internationally.

Laba Sosseh was a famous son and salsa singer that had a long and successful international music career. He died in 2007 but cemented his status many years before as an African salsa legend.

Sosseh released music in the 60s and 70s with a variety of bands and musicians as he grew his name and developed his iconic style. He was an early member of Dakar's influential Star Band. Until the late 1960s he also performed with Dexter Johnson's Super Star de Dakar.

His career took him around the world and throughout his life he stayed connected with the salsa scene in New York City where, in 1977, he recorded a series of LPs titled Salsa Africana in 1977.

Alhaji Jeng is a professional pole vaulter who was born in the Gambia but has since taken Swedish citizenship. Nevertheless, he still holds the Gambian national pole-vaulting record at 5.30 metres. He is an IAAF World Indoor silver medalist and has competed at the 2008 and 2012 Olympic Games.

His prodigious athletic feats have earned him recognition and awards in competitions around the world. To this day, he is one of the most successful athletes to come out of the Gambia.

Juldeh Camara is a world-famous griot and musician born in Basse. His father was also a well known musician. “Camara has been recognised as the leading ritti player in the world.”

Camara is a virtuosic musician who has collaborated with European and African musicians in a number of genres. In 2014, he performed with Robert Plant at the Glastonbury Extravaganza. His style and expertise has made him a frequent collaborator, but he should also be lauded for his terrific solo work.

Bakary Gassama is a Gambian football referee. He has officiated on the biggest stage and his talents have served him well since he became a FIFA referee in 2007.

Referees by nature would rather fly under the radar and let the game flow smoothly without attracting attention. So even though he has been a referee at Africa Cup of Nations tournaments, World Cup qualifiers and the Olympics you may not know his name. Nevertheless, he has developed a reputation as a quality referee on the international stage.

Isatou Ceesay is an activist and entrepreneur often referred to as the Queen of Recycling. She runs a project in The Gambia which recycles plastic waste. And she has created work for many women across the country.

She dropped out of school at a young age and since then has received plaudits around the world for her work as a social entrepreneur. In 2012, Isatou Ceesay was honoured with The International Alliance for Women Difference Maker Award which was indicative of how her good deeds have made an international impact.

She is a climate hero and her work has helped to inspire the next generation of eco-conscious Gambians.

These 10 famous Gambians have achieved international recognition through hard work, intelligence and creativity. Whether they have pursued a life in the legal sphere or the music arena, their unique capabilities have made them famous around the world.