Why and how is Cinco de Mayo celebrated? 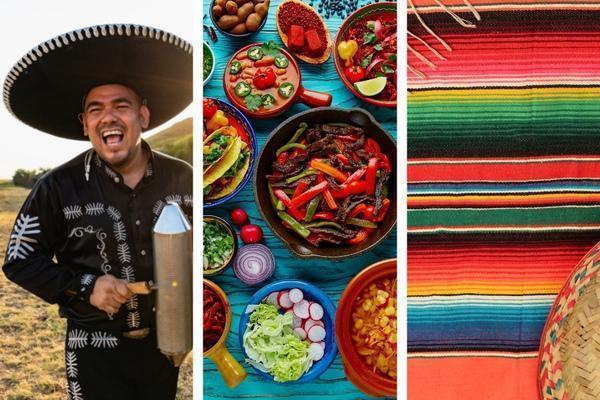 Cinco de Mayo celebrations calls for many wonderful parties and will be getting underway across the United States and Mexico. And in many major cities you will see a flood of color and vibrant celebrations of Mexican culture.

What is Cinco de Mayo?

Cinco de Mayo is an annual celebration that takes on May 5th, therefore the name. The day is also known as the ‘Anniversary of the Battle of Puebla’. It is a holiday celebrated in Mexico and the United States to commemorate the military victory of Mexican forces against the French Empire in 1862. At the time it was a victory of small against large and has since become a symbol of Mexican defiance in the face of foreign domination.

In the United States especially, Cinco de Mayo is a celebration of Mexican culture, food, music, fashion and history. During the mid 20th century the holiday emerged as a way for Mexican immigrants to celebrate their culture in the U.S.

How to celebrate Cinco de Mayo

There are plenty of ways to enjoy Cinco de Mayo. It is a chance for you to celebrate Mexican culture with parties, parades, traditional food and mariachi music.

One worthwhile way of celebrating Cinco de Mayo in the United States is to support local Mexican businesses. Skip the mass-market chain restaurants and find some great local spots instead. You can also celebrate by supporting galleries or museums that host Mexican art and historical pieces.

A good way to commemorate the day alongside your Mexican neighbours and friends is to understand the customs, traditions and origins of the day. You will probably get more out of the experience by knowing what the day stands for.

Where to celebrate Cinco de Mayo

Obviously Puebla, Mexico is where the most significant Cinco de Mayo celebrations often take place. They celebrate with huge festive parties and cultural events. The city also hosts a battle re-enactment which is followed by a triumphant military parade with magnificent floats and dancing.

What do you wear for Cinco de Mayo?

For Cinco de Mayo you can’t go wrong with bright colors. The day is an explosion of floral patterns, fancy frills and ruffled tops. You won’t feel out of place if you have a dress or a shirt with bold, colorful patterns.

Cinco de Mayo is meant to be a joyful occasion and celebrations often have a playful party atmosphere. This means no formal wear and no clothes that prevent you from dancing and having a good time!

What do people eat on Cinco de Mayo?

The food is an important part of the Cinco de Mayo celebrations. The day is not complete without some traditional Mexican food. This could be Mole Poblano, Grilled Nopales Huaraches, Chalupas or Chiles en nogada. The combination of sweet, savoury and spicy ingredients is a perfect celebration of Mexican food.

Depending on where you are and who you’re celebrating with the options can be completely different. Guacamole is usually present at any Cinco de Mayo party. The most important thing about food on Cinco de Mayo is that it tastes good and is authentic to Mexican cuisine.

Hopefully, you now have a good idea about how and why Cinco de Mayo is celebrated. Here are some additional facts about this significant celebration that you may not have known.

This year things may be different. But you can still make your Cinco de Mayo celebrations great. The day is about having fun with your family and friends. Whether this over Zoom or in person you can always celebrate in style.

Now you know what day Cinco de Mayo is celebrated on and what to wear and why the day is important you can truly take part in the festivities.

If you need to send money home to Mexico to pay for Cinco de Mayo celebrations you can do it safely and easily with Small World’s money transfer service. Small World has great local Mexican support and US support for our customers.

We want to make sure you can make this year's Cinco de Mayo a day to remember!