What is Asian American and Pacific Islander Heritage Month? 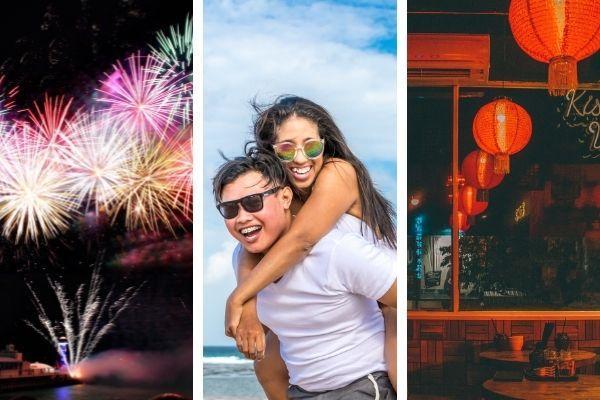 In this blog we’ll be exploring everything you need to know about Asian American and Pacific Islander Heritage Month, including:

What is Asian American and Pacific Islander Heritage Month?

Today over 20 million people of Asian and Pacific Islander descent live in the US. This amounts to around 6% of the total U.S. population. As you can imagine, within this 20 million there is a vast array of diversity and a complex variety of cultures that are drawn from the many island nations of the Pacific and the countries in Asia.

Why is there an Asian American and Pacific Islander Heritage Month?

Americans with ancestral roots in Asia and the Pacific Islands have been vital to the story and progress of the United States. Since the first Asians arrived in the Americas in 1587, they have been contributing to the growth of the nation.

In 1977, U.S. Representative Frank Horton of New York and Norman Y. Mineta of California had an idea. They wanted to establish a period during the year to celebrate and recognize the culture and contributions of Asian American and Pacific Islander people. That same year they introduced House Joint Resolution 540 to try to establish the first 10 days of May as Asian-Pacific Heritage Week. Daniel Inouye and Spark Matsunaga also introduced a similar bill, in the U.S. Senate a month later. Neither bill passed.

However, not long after President Jimmy Carter signed a law that established the first seven days of May as Asian/Pacific American Heritage Week. After Carter, successive Presidents continued to pass annual proclamations for the week-long celebration until 1990, when Congress officially passed a law which extended the celebration to the entire month of May.

How is Asian American and Pacific Islander Heritage Month celebrated?

You can celebrate and mark this special month in a number of ways which include:

As we’ve mentioned, one of the best ways to celebrate and mark Asian American and Pacific Islander Heritage Month is to learn as much as you can about the Asian Pacific American culture and history. To do this there are a number of key resources you can turn to, including:

These online resources will hopefully help to uplift Asian and Asian American voices and encourage self-education. It has been difficult for the traditional celebrations and events to take place during the pandemic but Theodore S. Gonzalves, Interim Director of the Smithsonian Asian Pacific American Center, is hopeful for AAPI Heritage Months in the future:

“These month-long events in May have been wonderful ways to gather up our voices to celebrate achievements [and] share songs, food, ritual, and stories. And while this year we grieve, let us also strive to find the humanity in each other… Our Asian American and Pacific Islander traditions demonstrate unity and care for each other. On behalf of everyone at the Smithsonian Asian Pacific American Center, I invite you to live out these ideals with us not only in May, but throughout the year.” - Theodore S. Gonzalves, Smithsonian APA

How to send money to the US

Learning about Asian American and Pacific Islander Heritage Month is a fantastic way to support your family and friends based in the US. If you want your loved ones to make the most of this month then you may want to send money to them. If so, you need look no further than Small World.

Small World is an international money transfer service that helps millions around the world send money to their loved ones. There are a variety of transfer services you can make use of if you want to support your family and friends in the United States. Small World always means you have one less thing to worry about!