Top US Cities for Argentine Immigrants 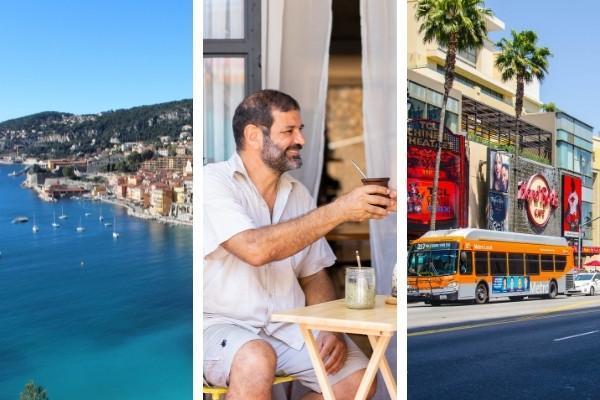 Are you thinking about moving to the United States? There are many wonderful states, cities and places to live, so it isn't easy to decide on a final location.

If you are from Argentina you may also be wondering which US cities are the best and most welcoming for Argentine immigrants.

Where in the US can you find pockets of Argentine culture, people, food and music? Below we’ll explore topics to help you understand Argentine immigration to the United States, including:

Firstly, let’s take a look at the top 9 cities in the United States that Argentinian immigrants need to know about

The city that never sleeps has been a welcome home to people from Argentina for many years. The most recent census shows that New York has the largest population of Argentines out of all the cities in the U.S.

Over the years Argentine immigration has spread across the country but in the 1970s and 1980s over 20% of all Argentine Americans lived in New York. It was, and still remains to this day, the center of Argentine culture and activity in the United States.

On the opposite side of the country, Los Angeles is home to the second largest population of Argentines in the United States. This sprawling city may be preferable to New York if you’re thinking about the weather. It’s sunny and warm all the time in LA and the city has thousands of Argentine-Americans that have infused the city with their culture, food and enthusiasm.

If you want to celebrate Argentina's Independence Day wearing traditional dress and joining in with parades then Los Angeles is the place to be. To connect with fellow Argentines in Los Angeles trying using websites like InterNations.org

Many of the top cities for Argentines in the U.S. can be found in Florida. It is a state that has historically been a melting pot for Central and South American culture. And immigrants from all over the continent have come to enjoy the beaches, the food, the dancing and the vibrant life in Miami.

You may be thinking, “Wait! Isn’t Miami and Miami Beach the same place?” Well, even though the places are only separated by a 20-minute drive, and they have similar names, they are in fact two entirely distinct municipalities that have separate governments and mayors.

Nevertheless, Miami Beach is very similar to Miami itself, in terms of its acceptance of Argentine Americans and the thriving pockets of Argentine culture that can be found all over the city. It is a great place to research for any Argentines thinking of emigrating to the U.S.

Houston, Texas is the city with the fifth-largest population of Argentines in the United States. As with most Texan cities it has its own distinctive character that you’ll either love or hate. Plenty of Argentines have fallen in love with the city over the years and decided to call the place home.

Visit ArgentinaTexas.org to learn more about the Argentina Texas Chamber of Commerce and how you can make a difference for businesses in Argentina and Texas.

If warm weather and beaches aren’t your style then you may want to look further north, towards the famous city of Chicago in the State of Illinois. The city is home to thousands of Argentine Americans and has a long history of immigrant success stories.

If you can stand the cold winters then you will be able to enjoy the rich cultural, artistic and sporting history that the city has to offer. Michael Jordan may have put the Chicago Bulls on the map, but the city has plenty more to boast about!

Even if the thought of living in Miami or Miami Beach didn’t capture your imagination, Florida has many more cities that are perfect for Argentine immigrants thinking about moving to the United States. Take Hollywood, Florida as an example. The city, based on the east coast of Florida, has one of the largest populations of Argentine Americans. It is a city with beautiful beaches, a thriving Argentinian food scene, great music and some of the best carnivals in the U.S.

Aventura is another city in Florida that is home to a large and exciting Argentine American community. There are several fantastic Argentine restaurants and a number of events held throughout the year to celebrate the traditions and culture of Argentina.

San Diego California is one of the cities that Argentine immigrants should definitely consider moving to. For many years, Argentinians have been settling in San Diego because of the agreeable climate, excellent public services and the variety of opportunities for young people.

There are also many world-famous attractions in San Diego including the San Diego Zoo, Legoland California and Balboa Park (a 1,200-acre urban park).

How do I become a US resident from Argentina?

Argentine immigration to the US has surged in recent years. The Argentine foreign-born population living in the U.S. grew by 96%, from 83,000 in 2000 to 163,000 in 2017 (https://www.pewresearch.org/hispanic/fact-sheet/u-s-hispanics-facts-on-argentine-origin-latinos). Many of these Argentines will have become US residents and over the years will have begun to call the United States home. So how do you become a US resident?

There are several ways to become a US resident including a petition from an employer, marriage to a U.S. citizen, sponsorship by a close relative who is a U.S. citizen or legal permanent residence, or via the U.S. Department of State diversity lottery program.

If you’ve just moved to the United States then you may need to send money back home to your family and friends. You can do this quickly, easily and securely with Small World.