The strange history of Valentine’s day: how and why we celebrate love 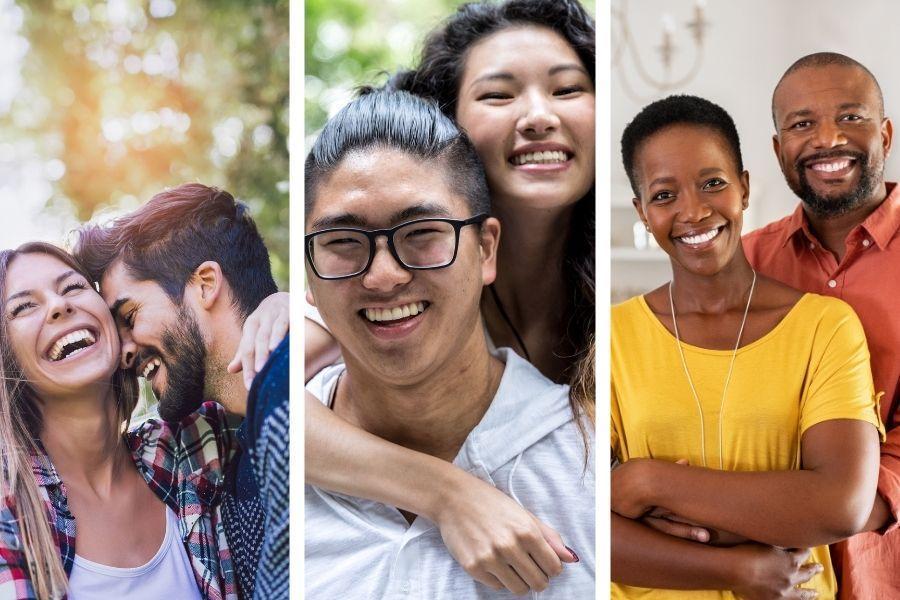 Valentines Day is fast-approaching, and love is in the air. You may have met the love of your life or you may be single, but these days Valentines is a reason to celebrate love in all its forms. Are you planning a romantic day with your long-term partner, or a Zoom party with family and friends? It might even be an excuse to treat yourself to something special.

Whatever your situation, were here to give you the run-down on everything Valentine-related. In this article youll learn about the following:

So, lets cozy and learn about this romantic holiday.

When is Valentines Day celebrated?

Valentines Day is celebrated every year on February 14th. This year, were lucky that it falls on a Sunday, giving us the whole day to spoil our loved ones (or ourselves!).

But, have you ever stopped and asked yourself: Why do we celebrate it?

Who was St. Valentine and who invented Valentines Day?

The internet is full of ideas about why we celebrate Valentines Day. Its most commonly thought to be named after Saint Valentine, dating back as early as the 5th century. However, this is also quite complicated as there were quite a few different saints named St. Valentines.

To make it even more confusing, none of them were really associated with romance - although some did seem to be responsible for performing secret marriages.

Some people also think Valentines Day might date back to a rather risqu Roman holiday called Lupercalia. Lupercalia was celebrated on February 15th and possibly involved women writing their names on clay tablets that were drawn by men at random.

However, our modern-day celebrations are quite different. The romantic Valentines Day that we now know is much more likely to originate in the Middle Ages (also known as the Dark Ages) with the British poet, Geoffrey Chaucer.

To make a long story short: Chaucer was the first person to link romance to Saint Valentines Day. In the late 14th century, he wrote a poem, called Parliament of Fowls that includes the line:

For this was on Saint Valentines Day, when every bird comes there to choose his mate. Romantic, right?

The idea of romance between knights and noble ladies was becoming a theme, and in the 1400s it became normal for the knights to write (often tragic) love poems for the lady they were in love with.

It wasnt until 1537, when King Henry VIII declared February 14th a holiday that it became official.

A short history of Valentines Day

The word valentine started becoming popular as a way of describing a lover in the 15th century. But it really became popular in the 18th century when paper Valentines Cards started to be mass-produced. It was then that Valentines Day as we know it was born.

While its mainly associated with positive feelings, in 1929 in Chicago, a gang, organised by Al Capone killed seven men on February 14th. It became known as The Valentines Day Massacre and was a huge part of Americas Prohibition history. Less romantic, but still interesting.

Valentines Day is traditionally celebrated with cards, but that soon started to include gifts like flowers and chocolates.

Over the years it has become more commercial, but the great news is that it can really be whatever you want it to be.

If youre happily partnered up, it can be a great excuse to spend some quality time together, doing something different. If youre single, maybe its a good opportunity to involved in the Galentines spin off and celebrate your female friends. Or treat yourself to a day of self-love and focusing on yourself.

Another option is to simply share your appreciation with family members, colleagues, or maybe spend time with your pets.

What is there to do on Valentines Day this year?

Valentines Day in lockdown (especially in February, brrrr!) isnt perhaps how you would like to be spending the day. However, there are lots of great ideas to make it special, even if going out for a romantic meal isnt one of them.

Do you want to surprise your loved one with a gift or a gesture and still dont know what to give them? Dont worry, Here are some of our top ideas

Finally, of course, there is a good chance youll be overseas and apart from your loved one this Valentines. We know how hard that can be, so dont forget that money transfer is always a great option. Weve made it quick and easy so you can start sending today.