The impact of remittances on education in Togo 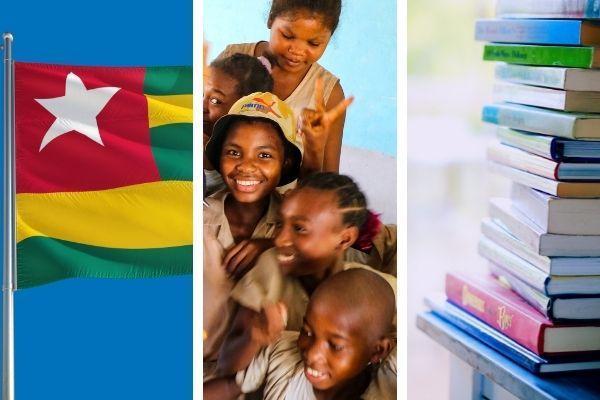 Remittances have had a significant impact in Togo, which has a large community of citizens who live and work abroad. In this blog we’ll be highlighting the role remittances have played in Togo, and drawing particular attention to the impact of remittances on education in Togo in recent years.

How have remittances impact education in Togo?

Education is the most important way for individuals to realize their capacity and their professional and personal potential. When education is used as a tool for empowerment it can lift people out of poverty and other tough circumstances.

The Togolese state understands the value of education and have made concerted efforts in recent years to improve education standards throughout the country. Today, Togo has a school completion rate around 89% which is significant when compared to other countries in the region such as Côte d’Ivoire (71.6%), Burkina Faso (65%), Senegal (57%) and Mali (49.6%).

Remittances have played a substantial role in allowing education to become a priority for kids in Togo. From 2010 to 2019, remittances to Togo grew steadily from $337 million to $510 million, an increase of 51%. During this same period enrolment improved at almost all levels of education for Togolese children. In 2018, 34% of Togolese children were pre-schooled compared to only 14% in 2011; while 91% of children complete primary school in 2018 compared to 2011 when the rate was 76%. (UNESCO, 2020).

2) Improving human capital in general and contributing towards good health.

In Togo, remittances have significantly improved education levels for children over the last decade. With more money coming being transferred from Togolese migrants abroad into families and communities throughout Togo, parents have become more financially stable and more capable to support their children during primary, secondary and further education.

This major flow of money into Togo has been an immensely positive influence on Togolese education levels over the last ten years. Without these vital remittances many Togolese girls and boys would not have the educational advantages they have today.

How do remittances help communities?

As well as improving education, remittances have had a significant impact on communities around the world in a number of ways.

Remittances help to provide families with the basics. Around 75% of remittances are used to help put food on the table and enable families to cover medical and housing expenses. They are also especially vital during times of crises as migrant workers may send more money home to cover loss of crops or family emergencies. The other 25% of remittances, representing over $100 billion USD per year, are either saved or invested in asset building or activities that generate income, jobs and transform economies, in particular in rural areas.

In Togo this translates to support for small business, schools and community projects. Indeed, over 50% of remittances are sent to households in rural areas who may rely on these funds to enhance their quality of life and gain access to new opportunities.

While the overall impact of remittances differs from country to country, the impact on a micro-level is significant for individuals, families and communities around the world.

Remittances pay for the basic needs and, once a level of economic stability has been established, they can be used to improve employment opportunities within communities. The progress of Togolese education in recent years is, in part, testament to the immense impact of remittances.

Remittances during the pandemic

Over the past two years flows of remittance have also been impacted by the pandemic, which has wreaked havoc for economies around the world. While remittances fell in certain countries, especially in Europe and Central Asia, they have also continued to play an integral role in Africa, Latin America, and South Asia where remittance inflows actually rose despite the pandemic.

During these difficult times remittances play a vital role and have helped to sustain individuals and communities as jobs and opportunities have disappeared. In fact, in a recent report the World Economic Forum highlighted that the migrants who have sent money home during the pandemic have become the world’s “Economic First Responders”.

Remittances have served as a form of 'social insurance' and enable households' to resist economic shocks and provide for themselves. While many expected remittances to drop dramatically in many countries, remittances have “remained more resilient than other private capital flows, making them even more important as a source of foreign inflows for receiving countries.”(OxfordEconomics)

If you have loved ones in Togo, you may be thinking about how you can send money and support them. This is where Small World can help.

Small World is an international money transfer service helping millions transfer funds to their loved ones around the world everyday. We offer a number of safe, quick and easy transfer services to Togo including bank deposit and anywhere pickup. With these simple and secure services you can support your family and friends in Togo and help them strive towards their professional and personal goals.