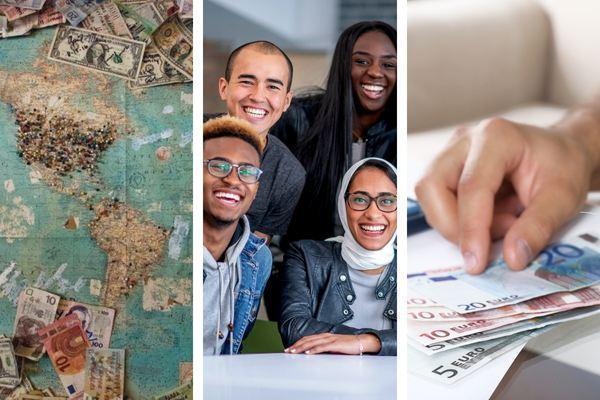 The past decade has seen a steady rise in the number of economic immigrants — those born in one land but work in another. These immigrants stay away from home, doing the best that they can for their people back at home. They work hard, cut down on their expenses and save up every penny they can, only to send it back home. In their quest to improve the lives of those back in their homeland, they continue to sacrifice their own desires.

To these immigrants and their families, the exchange rates make all the difference. They use this to send home smaller amounts, which are no longer small once converted into their native currency. They typically make use of this to meet the basic necessities and to improve the living standards of those back at home. In fact, according to the United Nations (UN), over 200 million people stay away from their homeland to fend for 800 million others, back at home, largely dependent on them for their survival.

The genesis of the International Day of Family Remittances (IDFR)

The UN has recognized the efforts of immigrants who persistently work towards the betterment of their families and community, back in their homeland. Therefore, in 2018, vide resolution adopted by the General Assembly on the 12 th  Day of June 2018, identifies 16th June as the International Day of Family Remittances (IDFR).

However, the first IDFR was celebrated on 16 th  June 2015, after it was unanimously accepted by all the members of International Fund for Agricultural Development (IFAD). The IFAD is a UN wing that works towards the eradication of poverty and hunger and is focused on developing countries. Since the immigrants support close to a billion others and help improve their living standards, the UN Agency has dedicated 16 th  June, in their honour. On this Day, it is expected that public and private sector organizations join hands in support of these economic immigrants.

What does ‘Remittance’ mean?

Millions of immigrants move away from their place of birth, each year, in search of better career prospects. Often, they choose to move to developed countries in the hope of sending some money back home, to uplift their dear ones through favourable exchange rates. This money that the immigrants earn in a foreign land, but send back to their homeland, is known as a remittance.

Generally, remittances aren't huge and could be as little as a few hundred dollars. Although this may appear to be too little for someone living in the US or the UK, it isn’t so for someone living in a developing country. For example, $100 turns out to be quite a decent amount when converted into the Philippine peso or the Pakistani Rupee. These small contributions help improve the lives of millions of families. It provides them with better living standards and education for their children.

Why is Remittance important?

Over half a trillion US Dollars were sent to developing countries, as remittances in the year 2018. This money transferred by economic immigrants is believed to have supported over 800 million people in their homeland. The surprising and humbling part is that most individual transfers by these economic immigrants ranged between 100 and 200 US Dollars. This turns out to be a reasonable amount when converted into the currencies of developing countries. In fact, in most cases, these small remittances constitute close to 60 per cent of the family’s income.

So around 1 billion people are dependent on remittances for their livelihood, and that’s increasing each day. A couple of decades ago, the numbers were negligible, but have considerably increased ever since. Most migrants choose to move out of their homeland, not as a choice but are forced to do so due to adverse circumstances. In most cases, they relocate to fulfil the basic necessities of their families — responsibilities that they must shoulder.

The UN is focussed on changing this and seems to be keen on exploring ways to make immigration a choice. To do this, it urges for the support of the public and private sector. Grim as it may sound, but the fact remains that close to 200 million immigrants are forced to fend for their families, by moving out of their country of birth — not by choice but for their basic necessities. So, on IFDR, the UN urges industry leaders to join hands and promote this day, and create awareness.

Small World, your very own financial services provider is honoured to have enabled transfers for several immigrants, worldwide. We are extremely proud of our customers who transfer money to their dear ones and provide them with a better life. In support of such noble souls and in furtherance of the UN’s object, Small World offers free online transfers between 15 th  and 17 th  June. So any transaction made during that particular period would be free from transaction charge.

Migration is not a new phenomenon and humans have always migrated in search of better pastures. Historically, humans have always moved around, in search of better land, for food and basic necessities. However, currently economic immigrants relocate to countries with stronger economies, so that they can help those back at home, despite staying far away from them. In doing so, they counter countless issues such as linguistic barriers, racism and much more. Yet, they continue to face them and work hard for their dear ones.

Now, this selfless decision to relocate by some, for the betterment of the rest is commendable. Small World appreciates the efforts of these 200 million economic immigrants who support close to a billion people, wholeheartedly. We look forward to provide ongoing support, secure transactions and best exchange rates to ensure that your family gets the most out of your hard-earned money.