Labor Day in the USA 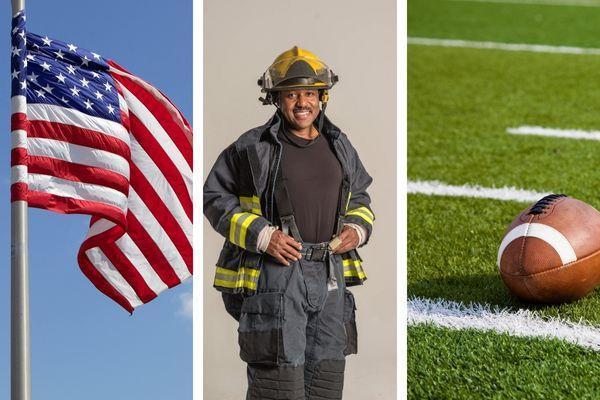 Labor Day is an important national holiday in the USA. It takes place every year on the first Monday in September. It is an event to honor the contribution of all workers to America's success. Here we're taking a chance to look more closely at this nationwide U.S. holiday and its significance. Read on to find out about:

The origins of Labor Day

Labor Day is a celebration and honoring occasion for all workers in America. Working in the USA has not always been a fair and regulated experience. Evidence dating back to the 19th century shows workers may spend 12 hours a day at work, seven days a week.

The situation was worse for the poorer members of society, and unsafe work conditions were commonplace in many industries. Children were also put to work, as young as six years old. Many worked in factories carrying out dangerous jobs that adults were too big to do. The trials of the working classes in America are memorialized and honored every Labor Day. This is also an event which gives worker's a voice. Labor Day was first organized as a protest.

The official creator of Labor Day is still unidentified. There are two men considered likely candidates: Peter J. McGuire, the cofounder of the American Federation of Labor and Mathew Maguire, a secretary of the Central Labor Union.

It took time over the coming years for more workers in other areas to consider the idea of a "worker's vacation". Oregon was the first state to make Labor Day a vacation by law in 1887. By 1894, 23 other states across America were involved in the strike action on the first Monday in September.

With growing unrest, Congress knew they had to do something. Their decision was to pass an act making Labor Day a legal holiday. This was initially only in the District of Columbia and surrounding areas. President Grover Cleveland signed the holiday into law on June 28th 1894.

Labor Day falls at the end of summer and is considered the final relaxing break before school returns in September. It is the last chance to enjoy the summer sun before the colder months set in, and across some cities, it is celebrated with parades, picnics, barbecues and firework displays. Beaches and parks are always packed out over Labor Day weekend.

Labor Day is also a big date in the American sports calendar. American Football always kicks back up on this special weekend and is a chance for sports fans to finally get back to enjoying their favorite game. The teams from the NFL and the college football leagues traditionally play their first regular season games on Labor Day weekend.

Celebrating the Immigration Contribution to the USA

The immigrant contribution to America cannot be underestimated. The country prides itself on being founded by immigrants and refugees and bringing together cultures from around the world, seeking new opportunities.

The power of the American dream has led immigrants to make their fortune in the USA, and Labor Day is as much a celebration of these workers as those born and bred in the USA. Throughout American history, immigrant workers have been invaluable.

During the mid-19th century, Chinese immigrants built the railway system, which became the heart of the American economy. Scottish immigrants settled in Midwestern states, where they farmed the land and built the agricultural infrastructure still in place today.

These are just examples of immigrant communities, other notable ones include the diaspora of Mexicans, Venezuelans, Dominicans, Colombians, Indians, Pakistanis and Bangladeshis.

In the modern day, research shows the United States has welcomed an estimated 1.6 million African students to colleges and universities since 1950. In 2019 alone, African students contributed about $1.7 billion to the U.S. economy. Furthermore, another study found that between 2006 and 2012, there was at least one founder born overseas in 40% of all start-up companies in Silicon Valley.

Immigrants' contribution to the American economy has been instrumental to the country's growth and success and should also be celebrated.

Thriving in the USA is a dream of many immigrants, and there are plenty of opportunities to explore, travel and find opportunities to work and study. Small World makes it easy for immigrants in America back to their home country without any difficulty.