How to travel around Scotland on a budget 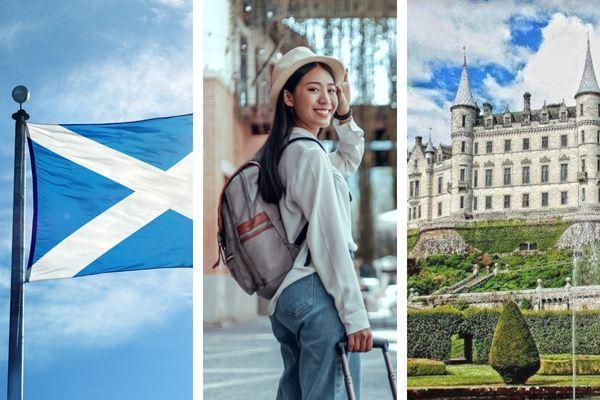 Scotland is renowned for being a great travel destination, be it for its enchanted highland landscapes, its ancient traditions and folklore, or the attractions of its two most famous cities, Edinburgh and Glasgow, which brim with culture and entertainment options.

But Scotland is also part of Britain and therefore can make for an expensive place to travel to - both for those coming from abroad and having to deal with the exchange rate of the British Pound, and for those arriving from other parts of the UK, due to the distance.

But don’t let this put you off travelling to this amazing region. Here are our tips for enjoying Scotland while also managing to keep the cost down.

Visit Scotland during low season. While the Fringe Festival in Edinburgh is a great magnet, if you attempt to stay in the city in August (when it’s on), you will soon find out it can be an expensive time to be there. Consider travelling between October and May. Yes during the winter it can be dark, but the landscapes are still fascinating, and you’ll find not only lower prices, but fewer crowds, too.

Several low-cost airlines fly to Scotland - both from England and Ireland, and from the rest of Europe. Start your trip with a cheap flight into Edinburgh or Glasgow, then choose your options from there.

From the north of England, you can consider travelling by train, but bear in mind train travel can at times be more expensive than a cheap flight, so do some comparisons before you buy. From the South of England, a train journey is either on an expensive fast train, or a long trip, so flying is almost always more convenient.

Both cities’ airports have got great shuttle connections to the centre, so choose public transport instead of a taxi.

Most of the inter-city and longer distance coach services around Scotland are provided by Scottish Citylink, Stagecoach, Megabus and National Express. Tickets for these services can be bought in advance by phone or online, or in stations and often on board, if you’re building your itinerary as you go along.

If you do have time, and want to explore farther out, you can also consider a boat trip to one of Scotland’s hundreds of islands - just under 800 in fact, of which 130 are inhabited. Passenger ferry fares are very reasonable as an on-foot passenger (cabins cost considerably more), and can provide for great entertainment along the way, such as whale watching if you’re lucky (and are not afraid of a bit of a choppy sea).

Skip the hotels if you want to save, and opt instead for a bed-and-breakfast. These are available anywhere - from the main cities to the most remote towns - and can be not just cheaper, but a great way to connect with local, or even get the chance to explore areas that are out of the tourist paths, and perhaps not serviced by hotel chains.

Another, even cheaper option is staying at a hostel. Contrary to popular belief, you don't have to be a young backpacker to stay in one. Hostels offer clean and safe dorm-style rooms, as well as communal kitchen and bathrooms - and some do have private rooms, which are still cheaper than a hotel.

Just like with hotels, if you’re looking for a cheaper option you may want to find an alternative to restaurants. But it’s easily done: most pubs in Scotland serve food, and again also offer the opportunity to experience more of the life as a local - particularly if you’re in a small or remote village. Tuck into some hearty traditional options, such as a warm stew, haggis, or the ubiquitous fish and chips - made with local catch from the North Sea.