How to get political asylum in Germany 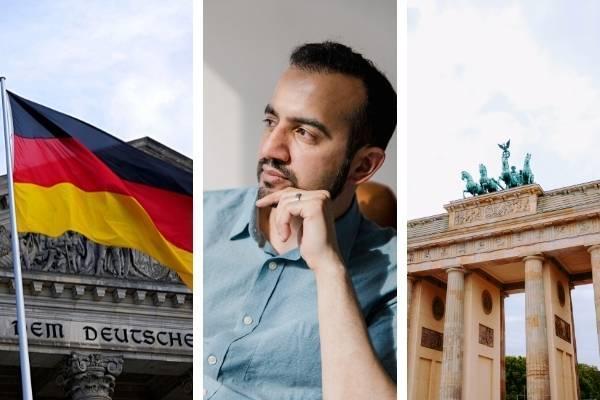 Political asylum is a form of escape and freedom for people suffering persecution in their own country. It is a right that has been exercised by millions of people throughout history who have hoped for a safer and better life for themselves and their families.

What is political asylum?

Political asylum is the right for people who are persecuted by their own rulers and country to seek protection in another country. It is an ancient legal concept that was recognised thousands of years ago by the Ancient Egyptians, the Hebrews and the Greeks. And it is a right that continues to be recognised across the world today.

When the United Nations made their Universal Declaration of Human Rights in 1948 it included a statement that enshrined the Right to Seek Asylum: “Everyone has the right to seek and to enjoy in other countries asylum from persecution." Throughout history many millions of people have sought political asylum including notable figures like René Descartes and Voltaire. And in the twenty-first century, asylum continues to be an avenue of escape and safety for persecuted individuals across the world.

For many, seeking political asylum in another country is the last resort. It is important therefore that the process is as clear, accessible and efficient as possible. This will ensure that those fleeing danger don’t have to deal with any further undue stress and pressure. Now we know what political asylum is in and what it means in the twenty-first century, let’s look back at how the process of political asylum in Germany has evolved over time.

The history of political asylum in Germany

Following World War II, the German parliamentary council adopted a law that ensured that persons persecuted on political grounds shall enjoy the right of asylum in Germany.

In 1953 the Asylum Ordinance was created which gave Germany’s immigration service a larger discretion when it came to granting asylum. Any person could be granted asylum, as long as such a person was ‘not seen as an enemy of Germany's new constitutional order, didn't threaten the Federal Republic's foreign policy interests, and didn't compromise the West German executive's political views on the demographic structure’.

During the 50s and 60s Germany accepted thousands of asylum seekers from eastern European countries where the Soviet Union was causing conflict and uprisings such as in Hungary.

In more recent years, thousands of Syrian refugees have sought asylum in Germany due to the Syrian Civil War. Indeed, The current refugee crisis has largely been centered on people seeking asylum in European countries like Germany. This has increased tensions in Germany around subjects like xenophobia and refugees.

Germany received 190,800 asylum applications in 2021, with more than 70,000 coming from Syrian nationals. More than 31,000 people from Afghanistan applied for asylum in Germany in 2021 following the Taliban takeover. These numbers were partially impacted by the pandemic and the travel restrictions that existed throughout 2020 and early 2021.

These numbers indicated how Germany is seen today as a safe place for people fleeing persecution in their own country, and they also reflect the troubling state of affairs in many other countries around the world.

How to apply for political asylum in Germany

If you do not speak German, a language mediator will assist you during the application process. When you have filed your application with BAMF you will receive a temporary residence permit. This written document grants you permission to remain in Germany during the asylum application process. This permit also grants you the right to basic services as an asylum seeker. The permit will replace your proof of arrival and can be used to identify yourself to state authorities.

When the time comes you will be invited for a Personal Hearing. This is the most important element of the asylum process and is the opportunity for you to explain your reasons for seeking asylum and fleeing your country. You may be accompanied by a lawyer, a representative of the UNHCR or another person whom you trust.

After the hearing the Ministry of Migrant and Refugee Affairs will decide whether you meet the requirements for one of four different forms of protection:

To learn more about the details of applying for political asylum in Germany visit Berlin’s website on the Asylum Process.

How long does it take to get asylum in Germany?

The length of the asylum process in Germany changes often and will depend on your personal circumstance as well as the volume of applications with which BAMF has to contend.

In general, you can expect to wait at least one to three months before you receive your personal hearing. However, in recent years the processing time of asylum requests has been taking up to ten months, largely due to the anti-coronavirus measures.

When you have been granted asylum you will receive a residence permit that allows you to live in Germany for three years. This permit can be extended if the situation in your country does not change.

Life in Germany for asylum seekers

Depending on your circumstances other benefits and other forms of assistance may be available so it is important to provide all the information you possibly can during the application process.

Small World is an international money transfer service that helps millions around the world send money to their loved ones. If you are seeking asylum or you know someone who is, you can use Small World to support yourself and your family by sending or receiving money across borders.

You can transfer money to Germany via bank deposits. You can send money to accounts held at many major German banks including Deutsche Bank, Commerz Bank, Postbank, Haspa and LBB. Throughout the whole process, you can rely on Small World for quick, reliable and hassle-free money transfer services.